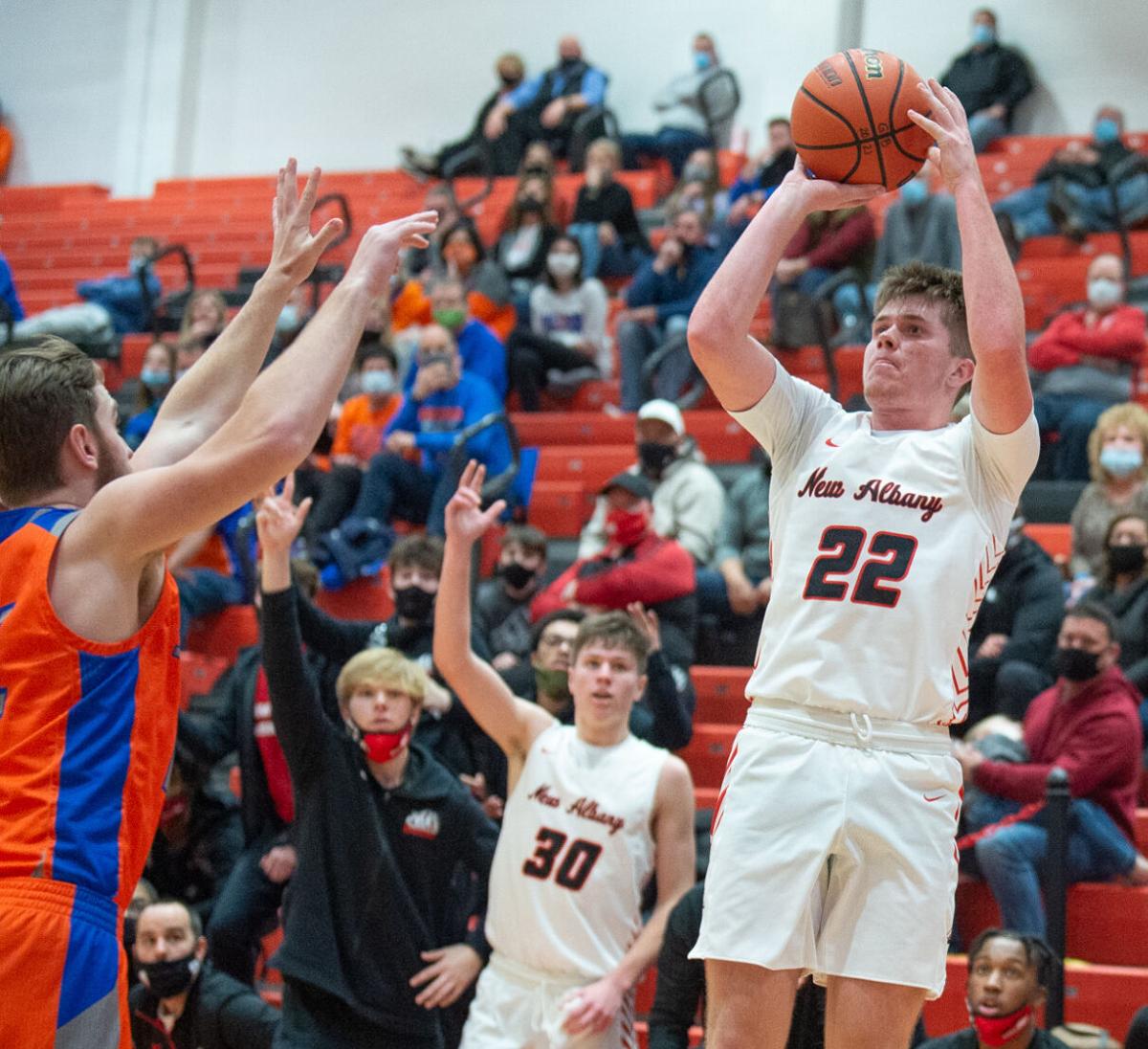 New Albany junior Tucker Biven eyes and tries a 3-point shot during the Bulldogs' 81-72 victory over Silver Creek at the Doghouse on Friday night. Biven scored a team-high 20 points for New Albany, which hit 11 3-pointers in its win over the Class 3A No. 3 Dragons. 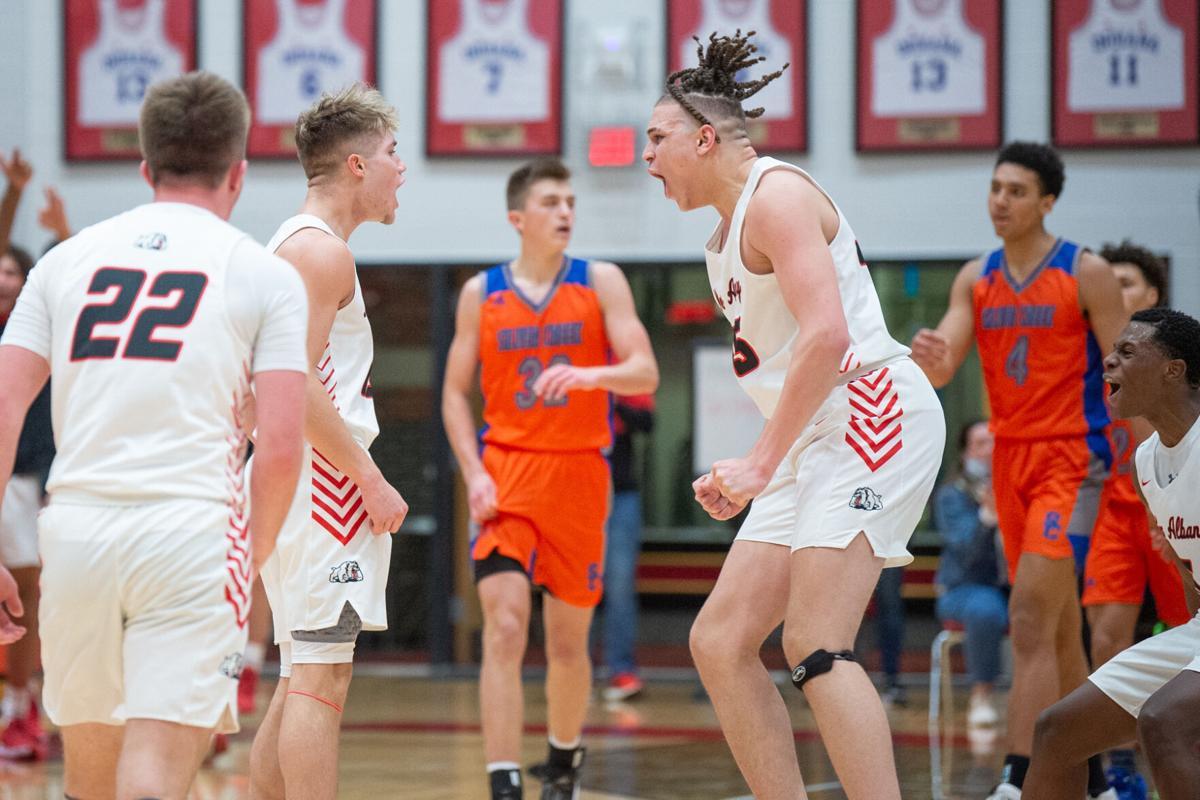 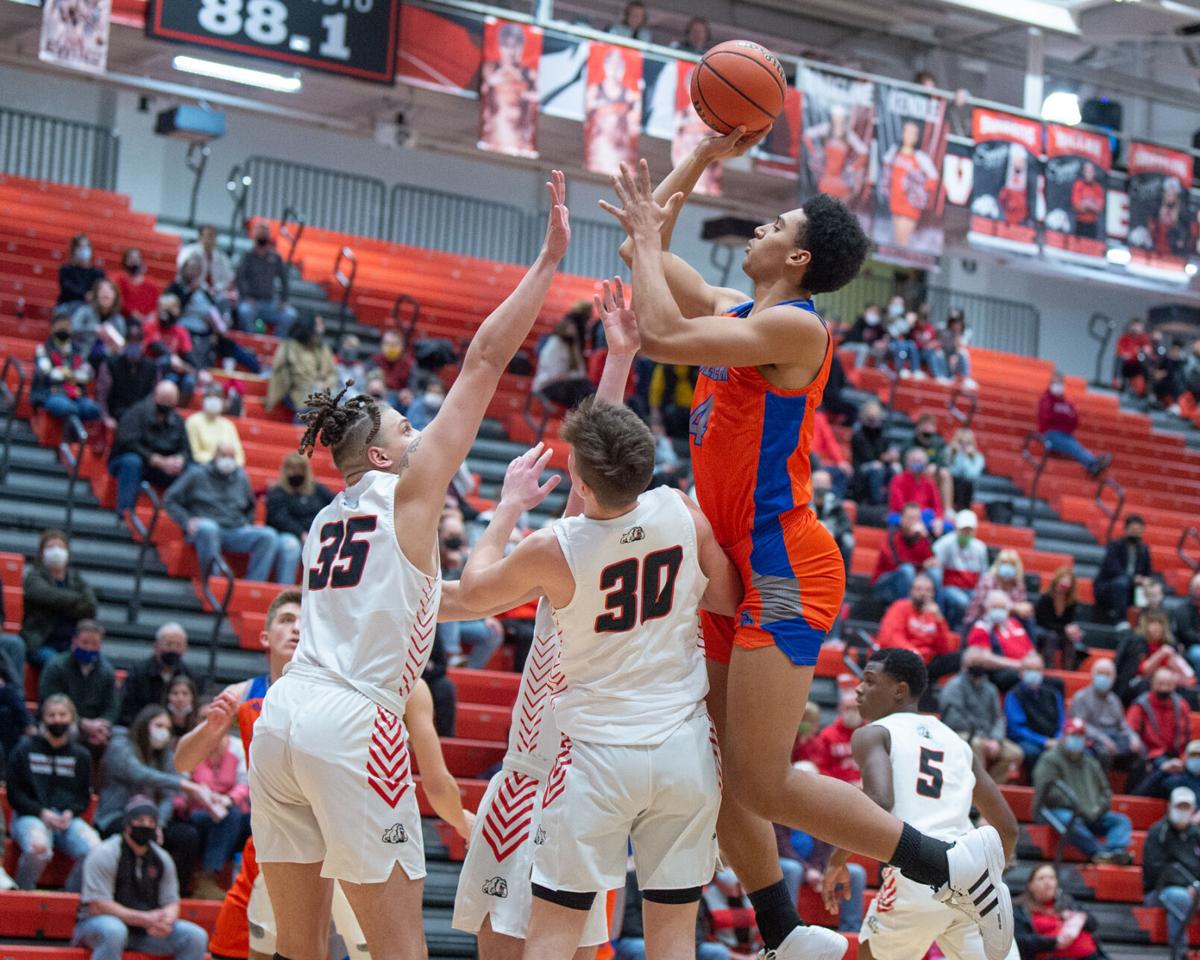 Silver Creek senior Trey Kaufman-Renn puts up a shot during the Dragons’ 81-72 loss to New Albany at the Doghouse on Friday night. 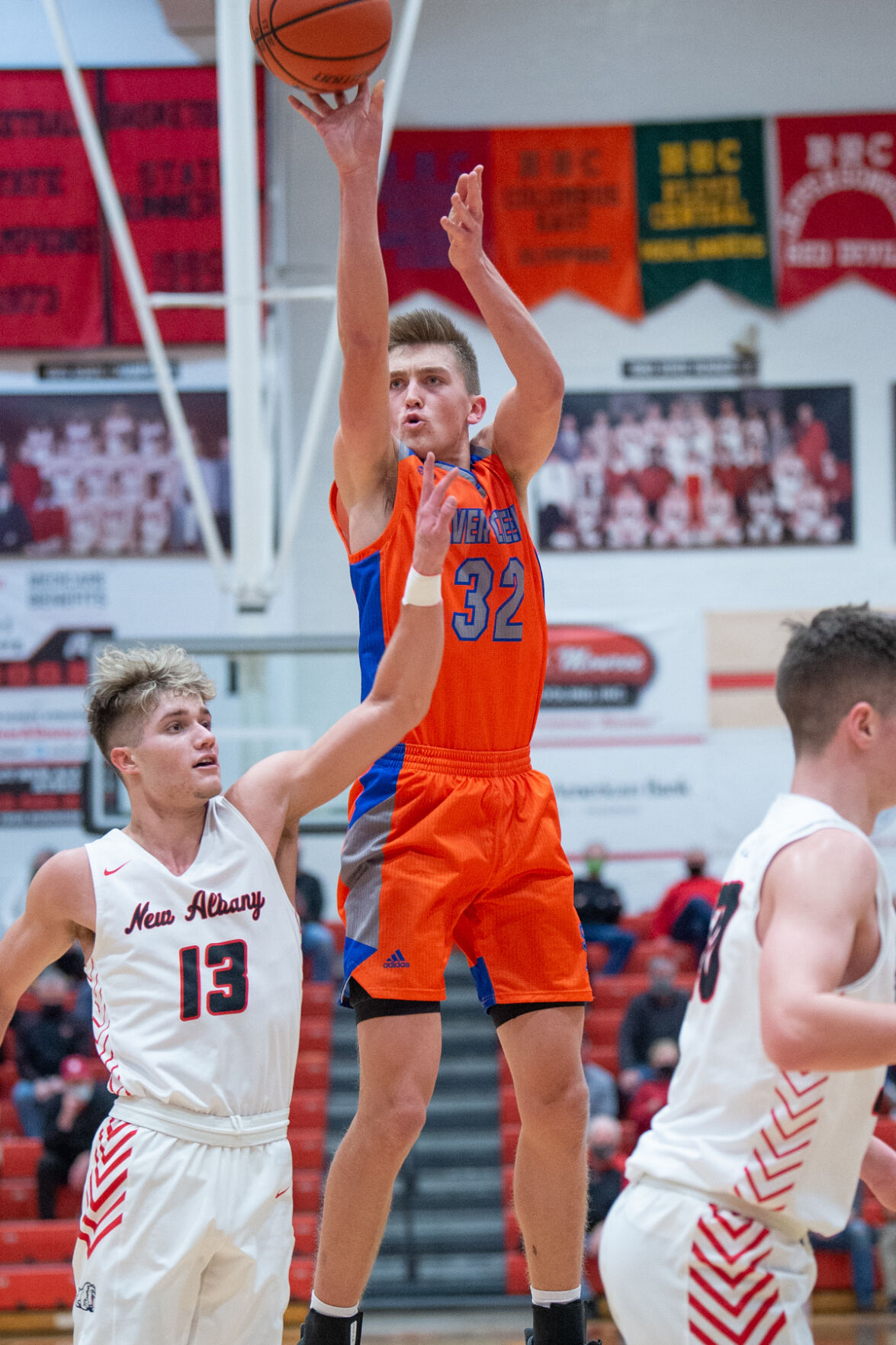 Silver Creek senior Kooper Jacobi takes a shot during the Dragons’ 81-72 loss to New Albany at the Doghouse on Friday night.

NEW ALBANY — New Albany turned in what Coach Jim Shannon called its “best performance” of the season in an 81-72 win over Class 3A No. 3 Silver Creek on Friday night at the Doghouse.

“You would need to have that kind of effort tonight and shoot the way we shot to beat that team,” Shannon said. “That’s one of the top-three or four teams in the state, right there.

“We were just on tonight. We just played really well. ... We did a lot of nice things tonight, perhaps, that we haven’t been doing all year.”

The Bulldogs hit 11 3-pointers on the evening and led the entire second half, when they scored 50.

Meanwhile, Silver Creek coach Brandon Hoffman said the Dragons — who hit four 3-pointers in the first quarter — needed to attack the basket and push the ball into the paint.

“I’m disappointed because I don’t believe they got our best shot,” Hoffman said.

New Albany (9-4), which had lost two straight to the Dragons, took control in the second half.

Leading just 34-32 in the early stages of the third quarter, the Bulldogs got back-to-back 3-pointers from junior Maddox Schmelz and never looked back.

In the fourth quarter, Silver Creek’s Trey Kaufman-Renn tried his best to keep the Dragons in the game. The senior standout converted an old-fashioned three-point play with 3:42 left, cutting the Creek deficit to 61-56. However the Dragons (10-3) couldn’t get closer.

“We just kind of rushed everything,” Hoffman said. “We kept trying to come back with one punch, instead of getting into a rhythm on offense. I take full responsibility for that.”

Kaufman, a Purdue-signee, led the defending 3A state champions with 30 points. Also for the Dragons, Isaac Hinton added 12 points while Kooper Jacobi tallied 10.

“They’re a really nice ball club,” Shannon said. “You’ll see them make a big, big run in the tournament this year. They won the state once with those kids and I think they would’ve won it last year. They’ve got a great shot to do that again this year.”

“Once they got rockin’ they were all making shots,” Hoffman said.

Shannon pointed to the play of his point guard, Stanton, as a key to victory.

“I’m really proud of Kaden’s floor game — getting us into what we wanted to do. And, I’m really proud of his defense,” Shannon said. “He and Tucker Biven controlled the game, I thought. Other guys stepped up too. It was just a team effort.”

After an emotional win over Silver Creek, the Bulldogs must travel to Evansville tonight to face unbeaten Reitz (8-0).

“I’ve been around long enough to know that we’ll have to fight tomorrow; I don’t want to lay an egg,” Shannon said. “Reitz is good too. I want to be competitive and go play. ... We’re going to come ready to play.”

The Dragons will be back in action at 7:30 p.m. Tuesday night, when they host Providence.