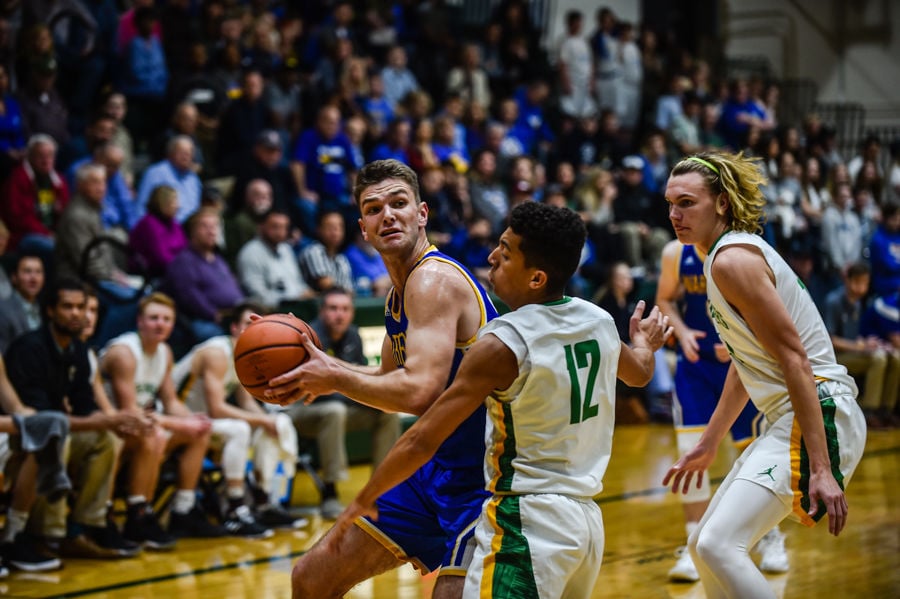 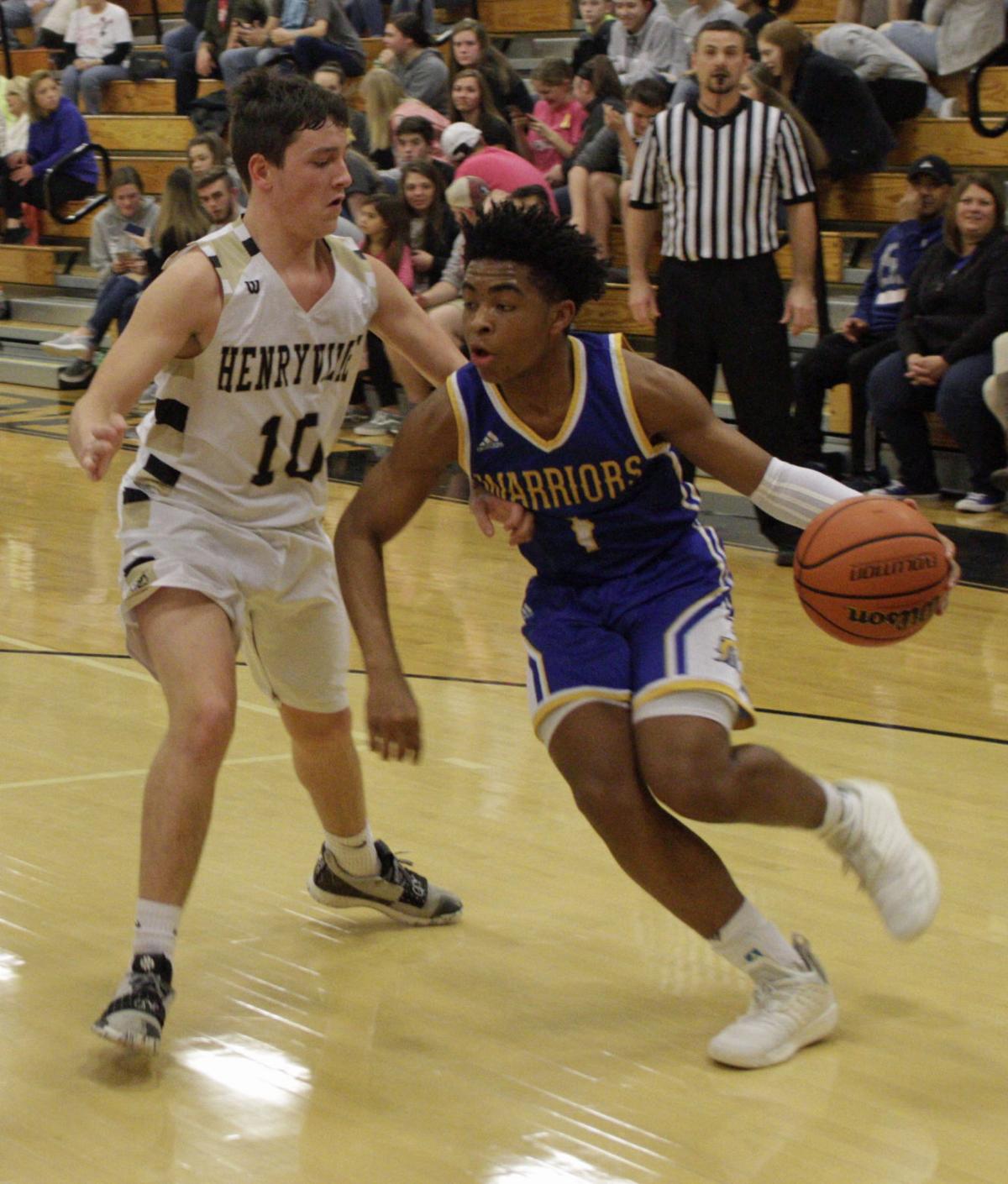 NEW ALBANY – Coach Steve Kerberg has built a winning tradition at Christian Academy. As he approaches his ninth season with the Warriors, Kerberg may just have all the pieces necessary for a deep postseason run.

Experience. Depth. Talent. And, of course, the disappointing loss to end last season — the kind of loss that serves as motivation to do better this time around.

“The expectations are high, we didn’t accomplish everything we wanted to last year,” said Kerberg. “One of our strengths is our depth, this is one of the deepest teams I’ve had at Christian Academy.”

To understand this season is to put last season into perspective. Early on, the Warriors lost 6-foot-8 forward Bailey Conrad to a foot injury. The team went on to win 16 games, only to be eliminated by Lanesville on a last-second shot in the sectional.

For a program used to sectional success it was a wake-up call.

“We were talented last year but we didn’t take the small things serious enough,” said Kerberg. “It’s the smallest little details that help you win in the [sectional] tournament. We have to really concentrate on the small things this year.”

Conrad, now a senior, is itching to get back on the court and prove that he’s a Division I prospect. He’s joined by senior guard TJ Proctor, who ran the Warriors’ offense last season and still managed to average 15 points per game.

Joining Proctor in the experienced backcourt are Nick Conrad and Ethan Carrier while 6-3 Josh Hahn provides some size and talent in the frontcourt, all are seniors.

Five seniors. Five returning starters – with a potential DI prospect who can shoot from the outside.

“I feel like we’re blessed that we can score the ball from five different spots on the floor,” said Kerberg.

Proctor is an example of that – a point guard who can create for others and score on his own.

“He’s a scoring point guard and he does a good job running the team,” said Kerberg. And as a point guard, Proctor has a team-first mentality.

“I want to get open looks for my teammates,” said Proctor. “I want to take a leadership role for the team.”

And he wants to make a real impact on the other side of the ball.

“I look at defense first, I like to get stops,” said Proctor.

Proctor’s scoring last season was partly due to the absence of Conrad. Now he’s back.

“Everyone stepped up [last season] and it’s going to make us better this year,” said Conrad. “I’m ready to go, I feel like I’ve been ready since June.”

Conrad started last season with 23 points against Floyd Central – he was injured soon after and didn’t return until near the end of last season. He contributed, but the time off kept Conrad from performing at his best.

“I’m finally getting past where I was and now I’m going forward,” he said.

And that means the Warriors will have a 6-8 scoring threat all over the court.

“A lot of our offense I get to start outside,” said Conrad. “I definitely call myself a shooter.”

With all the pieces in place, Kerberg knows his team has to do things better if there is to be a deep postseason run.

“Last year we gave up 45 points per game and we think we can improve on that,” said Kerberg. “Our guys have really gotten stronger in the weight room and they’ve spent a lot of time on individual skills and I think that will show when the season starts.”

Then it all comes down to execution.

“Shot selection will be really important for us this year. We’re a team that will defend and rebound well, but we’ve got to take good shots,” said Kerberg. “We have to trust each other.”

And there are some things the Warriors will have to overcome, especially as the season wears on.

“We have to be more consistent on both ends of the floor,” said Kerberg. “Try to win each day.”

And that’s in lockstep with his players’ goals.

“Our goal is to win a sectional championship, last year we fell short and it did make us hungrier,” said Proctor.

Conrad was a bit more succinct.

And this time around, the Warriors might just take the next step — capture their first regional title in 20 years.

2018-19 in review: Bailey Conrad’s early season injury was a blow to the Warriors, but Kerberg’s team regrouped and went on to win 16 games. An eight game winning streak at the end of the season was stopped by a shocking loss to Lanesville in the sectional. That loss will likely serve as motivation for a better finish this season.

Season outlook: The Warriors are loaded this season – loaded with talent, experience and depth. The return of 6-8 senior forward Bailey Conrad gives Kerberg’s squad a scoring threat from all over the court while senior point guard TJ Proctor runs the potent offense.

Expectations are high as attention to detail, better shot selection and improvement on defense will be keys to the Warriors winning the sectional and competing for a regional title.