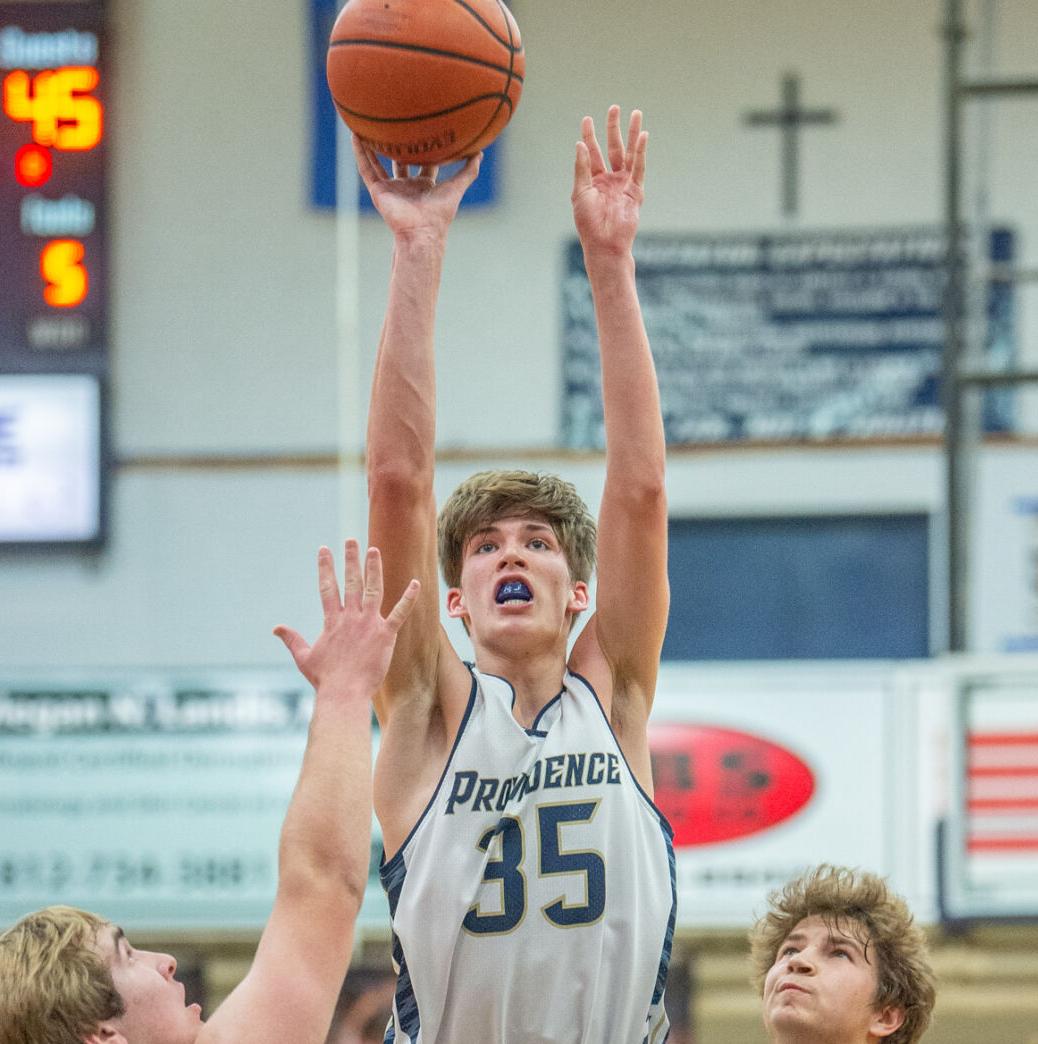 Providence senior Zack Johnson puts up a shot during the Pioneers’ 61-53 loss to Southwestern at the Larkin Center on Tuesday. 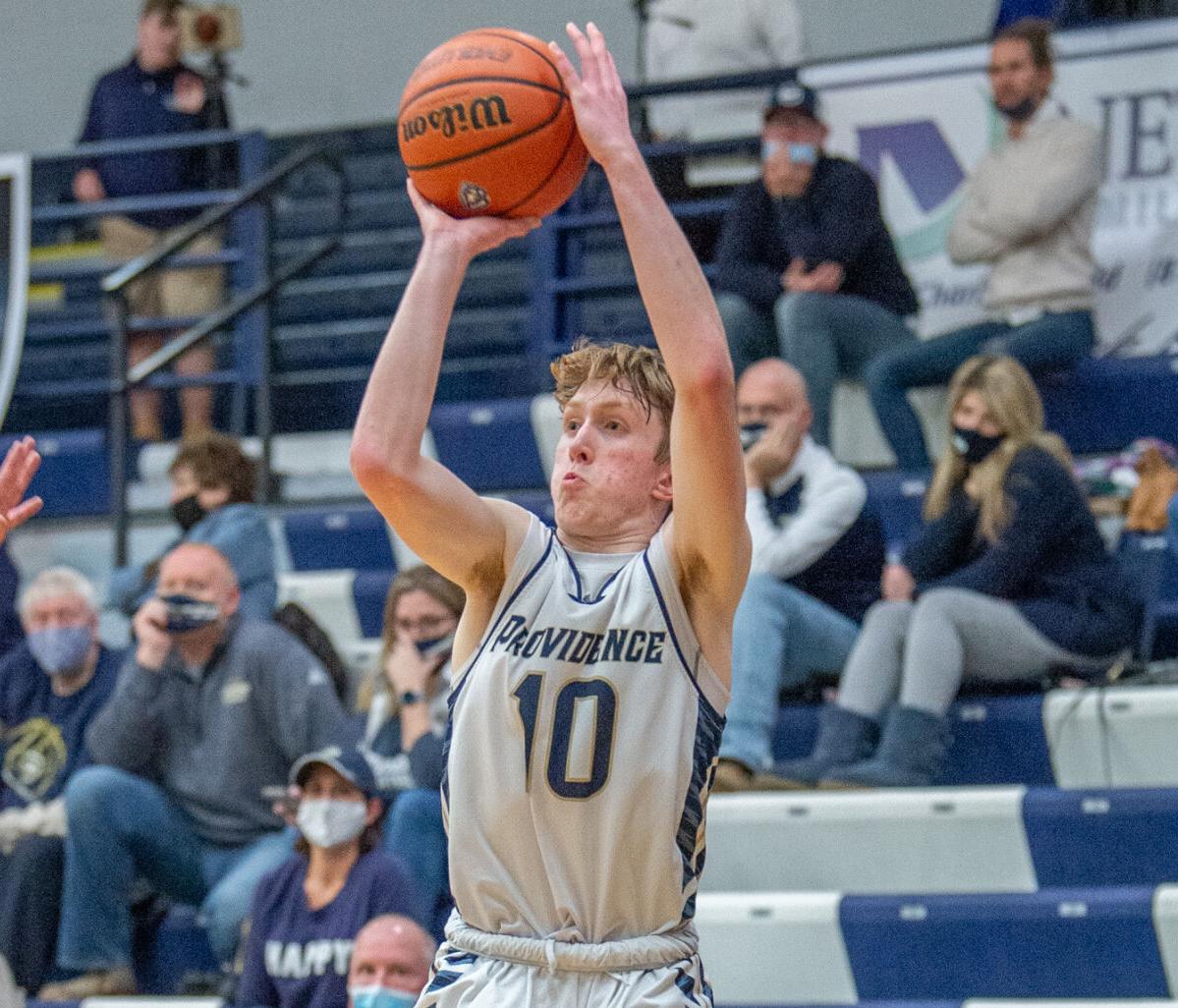 Providence sophomore Casey Kaelin takes a shot during the Pioneers' 61-53 loss to Southwestern at the Larkin Center on Tuesday. 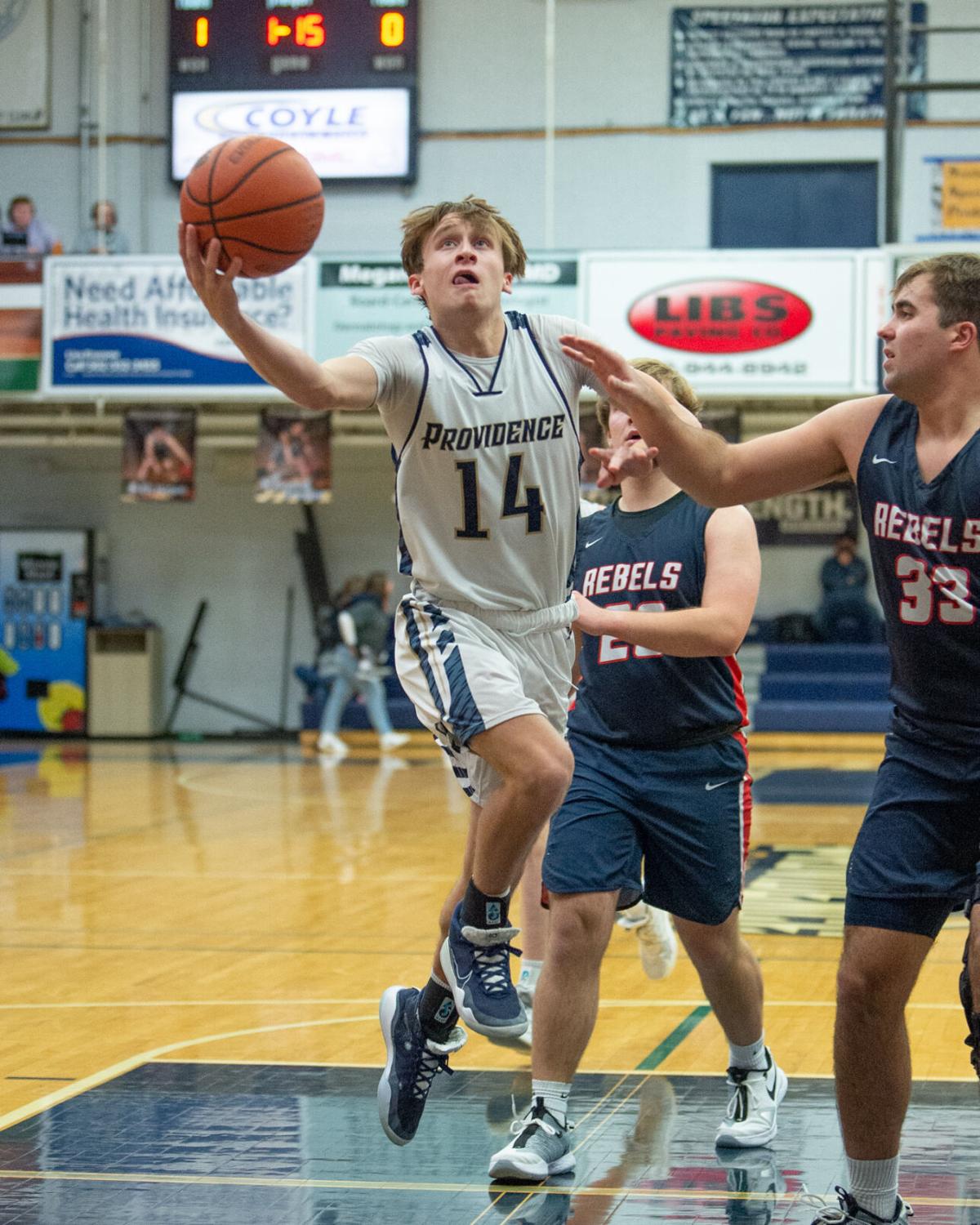 Providence senior Nick Sexton drives to the basket during the Pioneers' 61-53 loss to Southwestern at the Larkin Center on Tuesday. 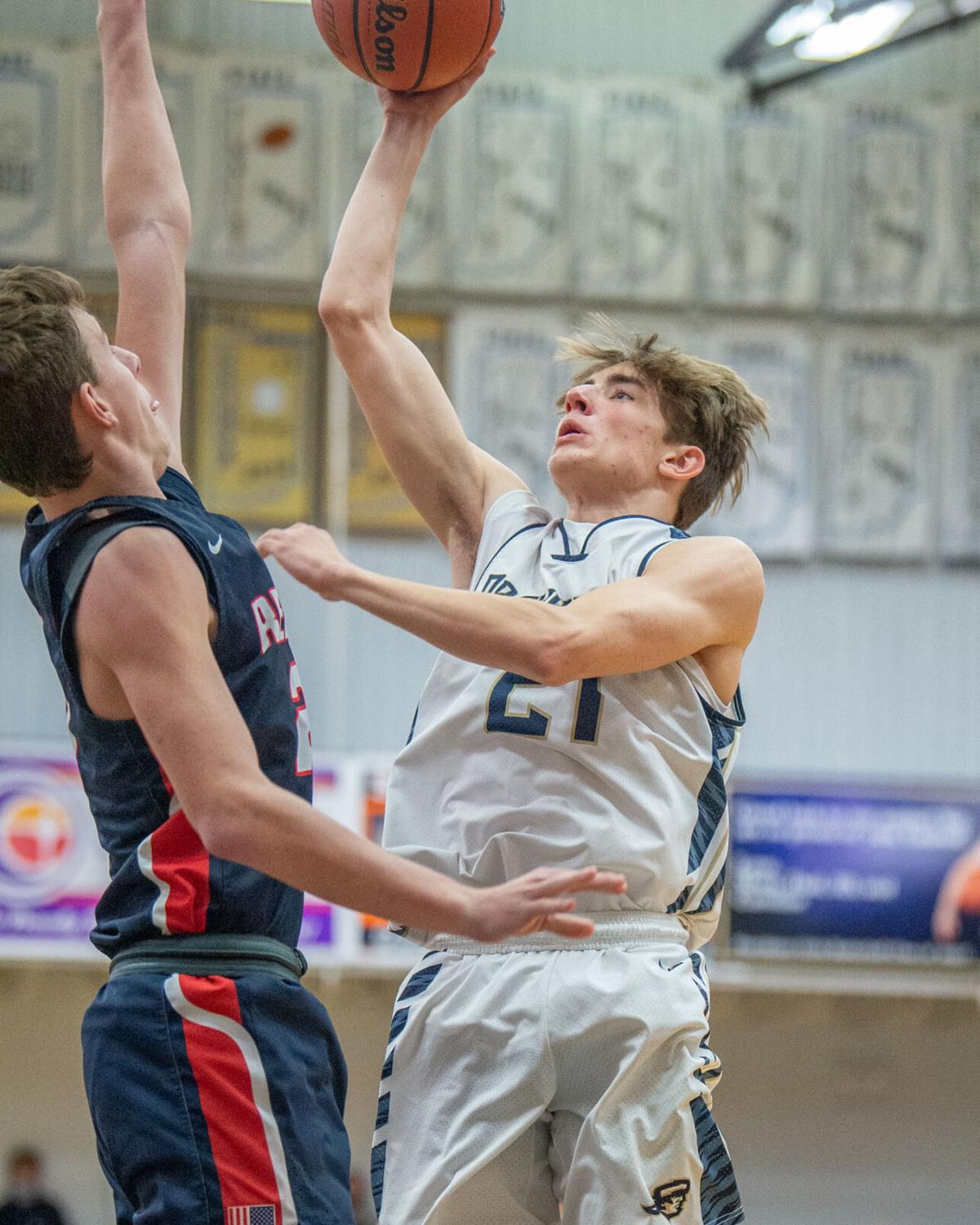 Providence junior Grant Williams puts up a shot during the Pioneers' 61-53 loss to Southwestern at the Larkin Center on Tuesday.

CLARKSVILLE — Providence fell behind early and could never quite recover as visiting Southwestern held off the Pioneers to post a 61-53 victory Tuesday night at the Larkin Center.

The Rebels got revenge in a rematch of last season’s Class 2A Southwestern Sectional final, which the Pioneers won 87-66.

“Southwestern is just a really good team, a talented senior-laden squad, and you’ve got to play at a really high level if you want to compete with them and win the ballgame,” second-year Providence coach Ryan Miller said. “We made a little run to climb back into the game, but once you dig yourself a hole against a good team it’s hard to fully overcome that.”

Trailing 39-29 going into the fourth quarter, the Pioneers fought back — but it took awhile. Southwestern led 49-36 midway through the final frame before the Pioneers made a late run.

Senior forward Zack Johnson got it started with a basket at the 3:45 mark and junior guard Max Beatty followed that with a putback. A field goal, followed by a steal and a layup by senior guard Nick Sexton, pulled the Pioneers to within six (50-44) with 2:45 to play.

Moments later, Beatty knocked down a 3-pointer to make it 52-47. Providence would get within four (54-50) with 1:16 left, but the turnovers and poor shooting that plagued the Pioneers early returned late. Southwestern closed the game on a 7-3 run to get the win.

“To beat good teams like they are you can’t expect to miss layups and turn the ball over. In a high-level game like this, you’ve got to execute,” Miller said.

Turnovers and missed point-blank shots plagued the Pioneers early on, but hustle kept Providence close at the break.

“Early on we did not execute the game plan we worked on,” Miller said.

Providence got the first basket of the game for its only lead. Sophomore guard Casey Kaelin’s 3-pointer and a pair of free throws after an offensive rebound pulled the Pioneers to within four (11-7) at the 2:18 mark of the first quarter. Providence was down five when a three-point play by Johnson closed out the quarter and made it a single-possession lead for the Rebels going into the second.

Providence struggled in the second quarter. A Kaelin field goal at the 5:30 mark accounted for all the early-period Pioneer points as Southwestern built a 24-14 lead.

Providence fought back with a 7-0 run in the final 2:11 of the half. Beatty led the way with two free throws and a 3. Junior guard Cade Carver scored on a driving bucket with three seconds left to pull the Pioneers within 24-21 at the break.

A recurring problem for the Pioneers showed up in the third quarter. Providence was able to cut the deficit to two (29-27) after a basket by Johnson at the five-minute mark, but the Rebels pulled away again.

Providence was still within a possession after Kaelin scored to make it 31-29 midway through the quarter before the Rebels closed it out with an 8-0 run.

The Rebels (8-1) were led by Matthew Williams’ game-high 25 points.

Providence (4-3) was paced by Johnson’s 15 points. Kaelin added 13 while Beatty scored 10 and Sexton tallied nine points in the losing effort.

Next up, Providence plays host to Clarksville in a girl-boy doubleheader on Friday night. The girls’ game is scheduled to tip off at 6 p.m. with the boys’ contest to follow around 7:30.