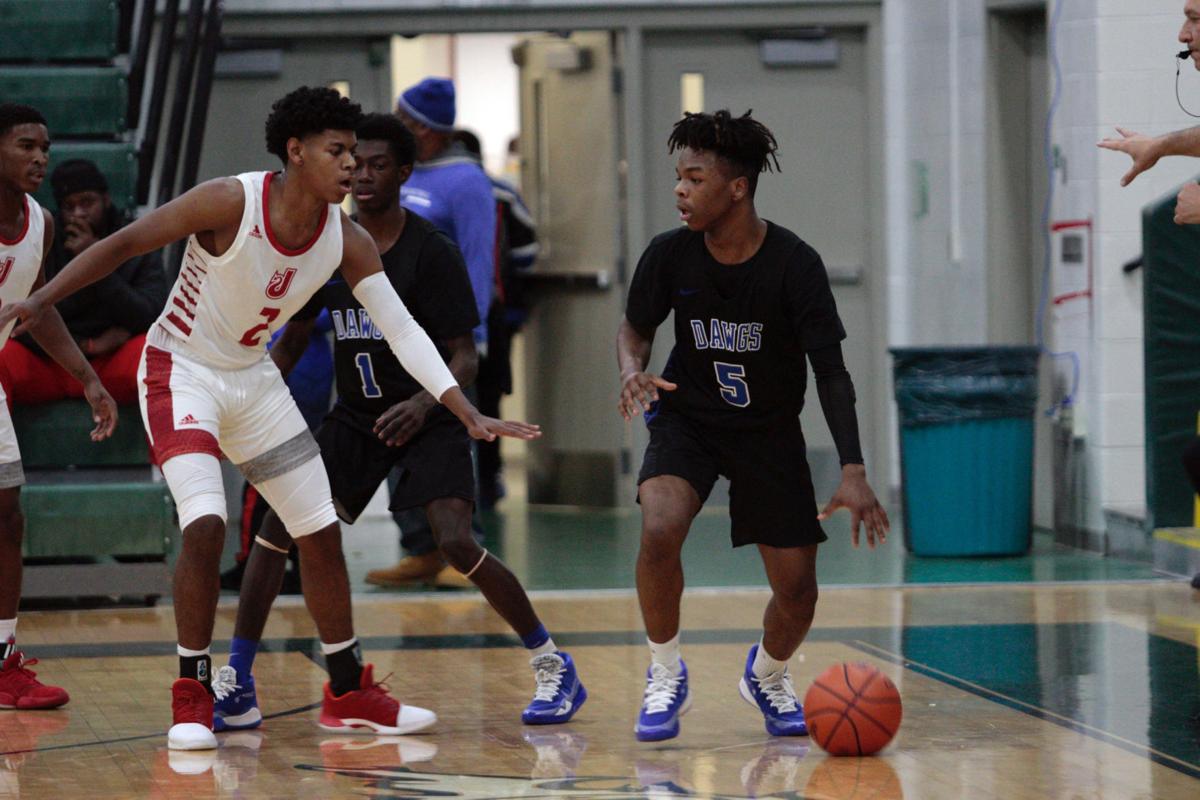 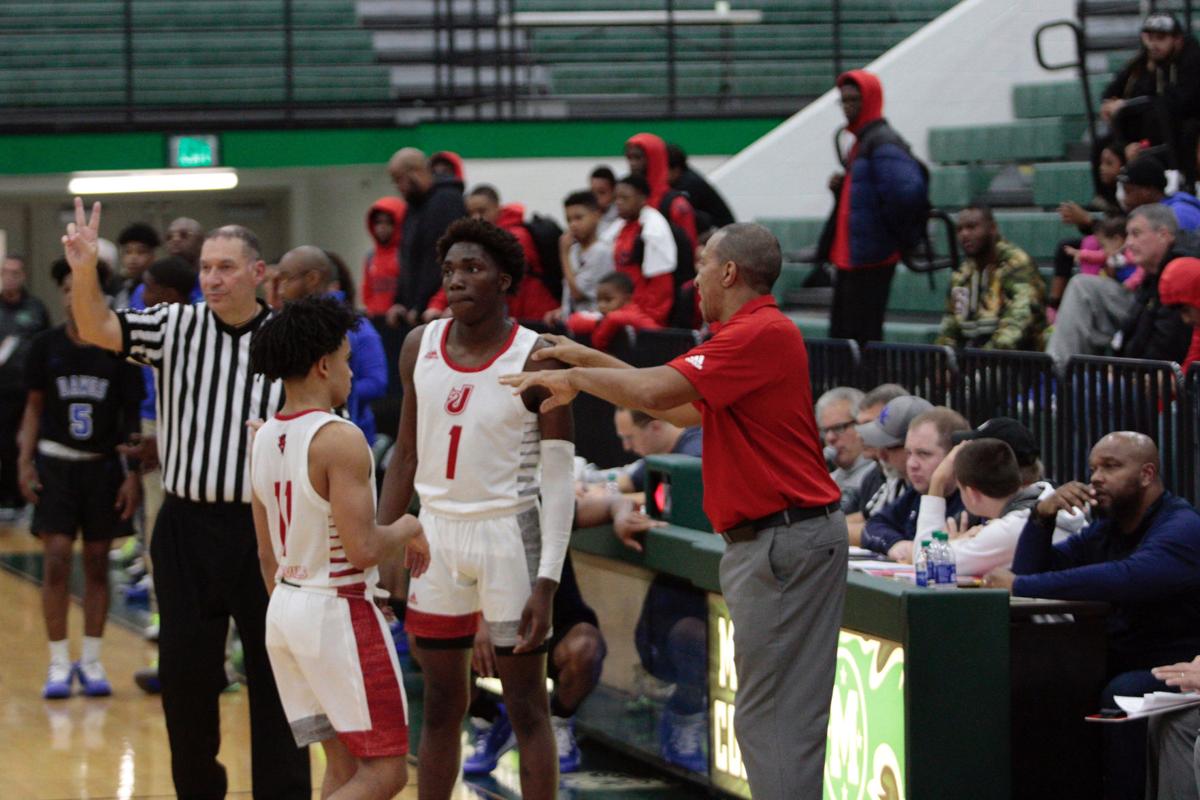 Jeffersonville coach Chris Moore talks with Will Lovings-Watts (1) and Jacob Jones as the Red Devils went to the free-throw line during the fourth quarter. | STAFF PHOTO BY CRAIG PEARSON 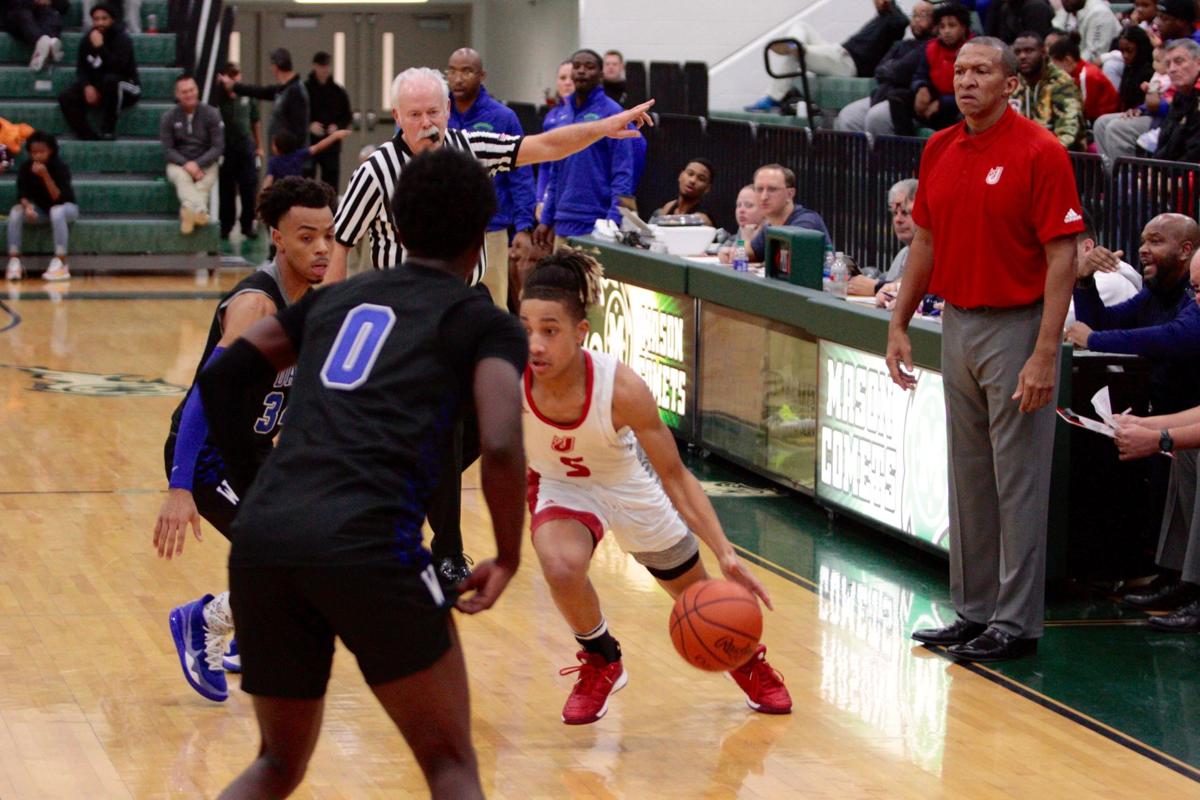 Caleb Mason splits the Woodward defense on his way to a second-half bucket Saturday. | STAFF PHOTO BY CRAIG PEARSON 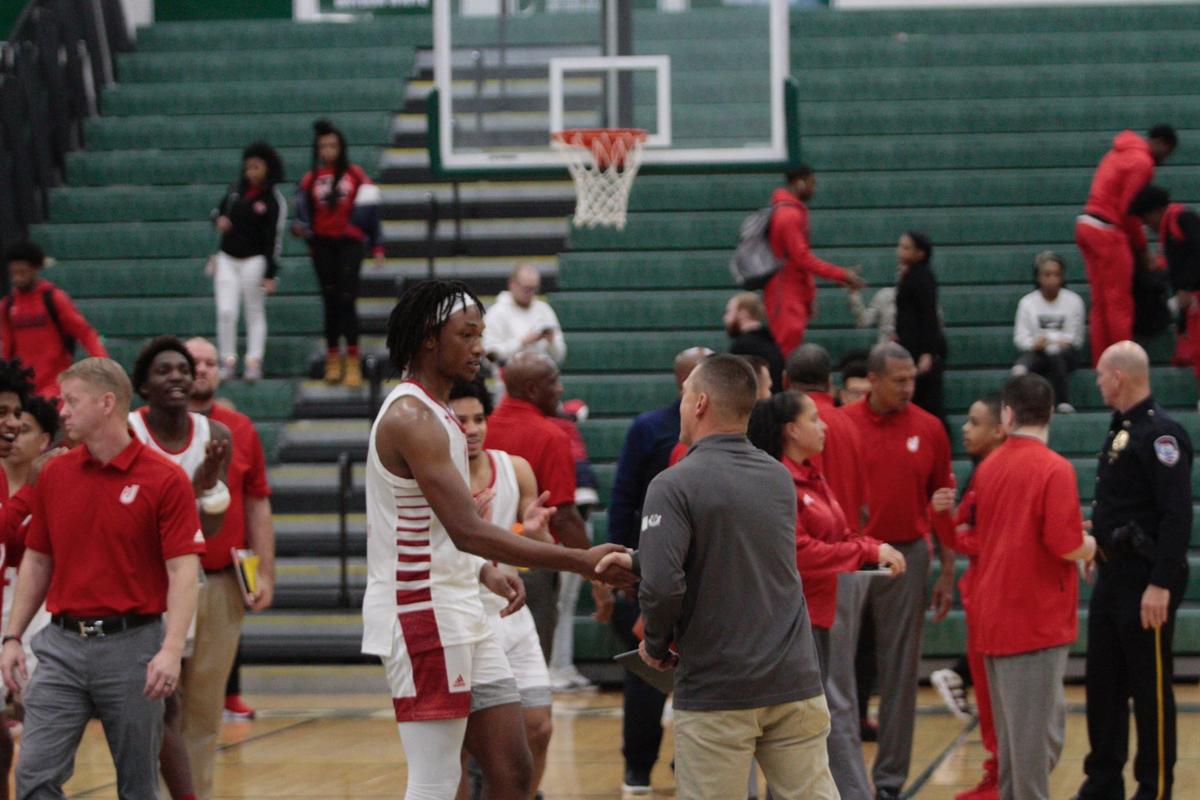 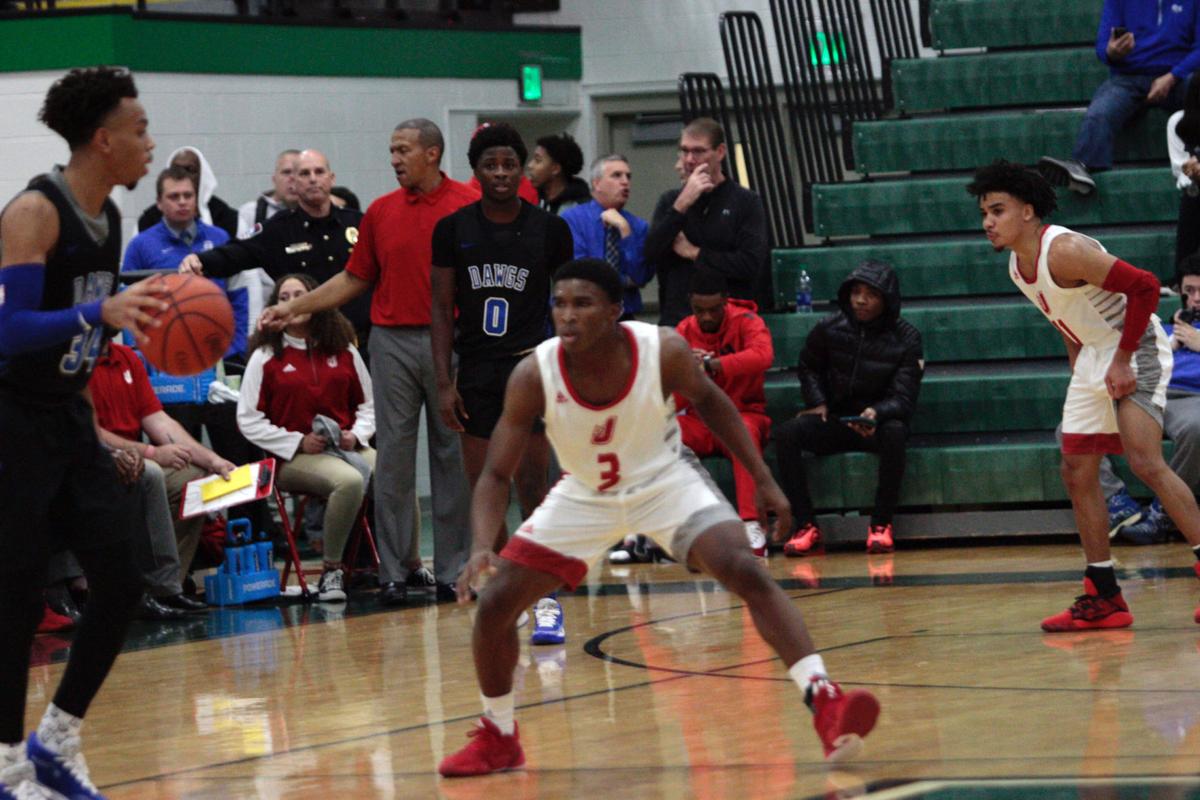 Jeffersonville coach Chris Moore talks with Will Lovings-Watts (1) and Jacob Jones as the Red Devils went to the free-throw line during the fourth quarter. | STAFF PHOTO BY CRAIG PEARSON

Caleb Mason splits the Woodward defense on his way to a second-half bucket Saturday. | STAFF PHOTO BY CRAIG PEARSON

MASON, OHIO — Jeffersonville coach Chris Moore picked up a victory in his debut, but he needed some clutch plays by his Red Devils in the final minutes to thwart a frantic rally by Cincinnati Woodward.

Jeff led by as many as 17 points with 7 minutes, 27 seconds to go in the fourth quarter, but a 14-0 run by the Bulldogs made it a 3-point game and made for a pressure-packed final four minutes in the second, and final, day of the Ohio Valley Hoops Classic.

The Red Devils held on for the 57-53 win despite some shaky free-throw shooting that left the door open for a game-tying 3-point attempt by Woodward sophomore Paul McMillan IV with 19 seconds remaining. McMillan’s shot was long and Tre Coleman hauled in the rebound.

“We focused on coming out and defending because last year we tried to outscore teams more often than not,” Coleman said. “So this year, we’re focused on defensive rotations [and] guarding your man — just really guarding the yard.”

Coleman was pretty solid on the offensive end as well, shooting 6 for 8 from the field and 7 for 10 at the free-throw line for a team that was 14 for 25 there. His 3-point play on an up-and-under move sparked a 10-1 run that was, aside from a dominant first quarter, Jeff’s best stretch in the game.

Jacob Jones had a steal and fast-break assist to Darin Starks. More defense fueled the run. Devean Franklin had a steal and went to the foul line, then Starks set up Franklin for a layup on a quick shovel pass and a 41-24 Red Devils’ lead.

“I told them when I took the job, 'We’re going to defend,'” Moore, Jeff's first-year coach, said. “If we don’t guard like we did for 75 percent of the game it could be a different outcome out there.”

It might have been a different outcome had sophomore Will Lovings-Watts not come up with a couple big buckets in the final minutes. He got rebounding position and tipped in Franklin’s missed 3-pointer to end a 4:27 field-goal drought for the Red Devils.

On the other end Coleman fed Lovings-Watts for a basket in the post, extending Jeff’s lead to 51-46 with 1:25 to go for some much-needed breathing room.

“I was just trying to take whatever came to me, just taking shots that were open and not forcing anything,” Lovings-Watts said.

The sophomore finished with 13 points — on 6 for 13 shooting — 10 rebounds and two blocked shots.

Jeff also shot an uncharacteristic 3 for 18 from 3-point range. Starks, Mason, Jones and Franklin combined to shoot 1 for 13 beyond the arc.

“Those percentages are really bad. We’ll be in the gym tomorrow, shooting and getting our focus on that,” Coleman said.

Turnovers were also an issue in the second half as Woodward pressed.

“Some of it, I told them at the half, their ball pressure can’t be enough to cause us into turnovers. It’s nothing we haven’t seen before,” Moore said.

McMillan, who has a couple of Division I scholarship offers, led Woodward with 20 points but he needed 22 shots to get there.

“He’s a pretty solid player,” Starks said. “Jacob did a great job on him and I just tried to give him breaks. But [it was] a great team effort containing driving lanes.”