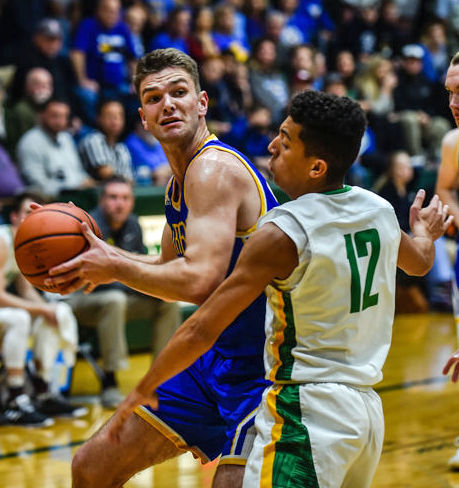 Christian Academy senior Bailey Conrad, seen here in a game against Floyd Central during his sophomore season, announced Friday that he will attend Western Kentucky University and join the men's basketball team as a preferred walk-on. 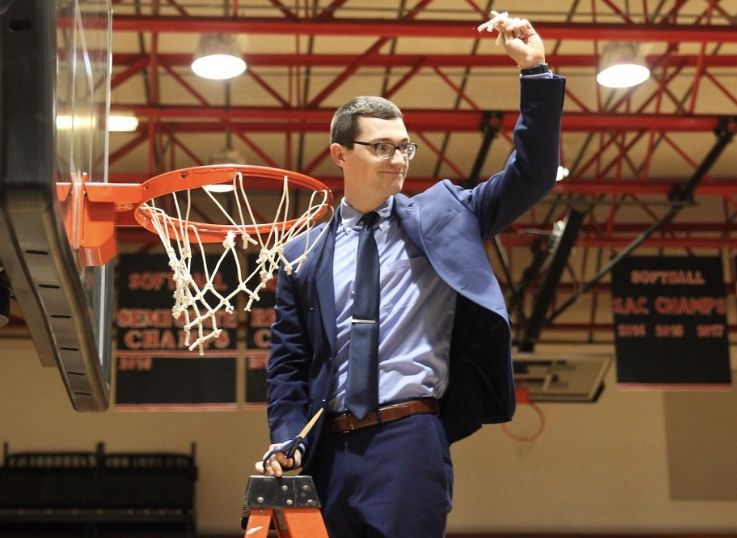 Christian Academy senior Bailey Conrad, seen here in a game against Floyd Central during his sophomore season, announced Friday that he will attend Western Kentucky University and join the men's basketball team as a preferred walk-on.

NEW ALBANY — Bailey Conrad and Hayden Casey were both key contributors for sectional champion Christian Academy this past season.

Conrad, a senior forward, was the Warriors’ leading scorer while Casey aided CAI’s cause as an assistant coach. Each made decisions about their futures Friday.

Conrad announced that he will attend Western Kentucky University and join the men’s basketball program as a preferred walk-on.

The 6-foot-8 Conrad averaged 17 points this past season for CAI, which went 18-7 and outlasted Lanesville 44-42 in the Class A Borden Sectional final before the remainder of the state tournament was halted due to the coronavirus pandemic.

Since the season ended Conrad, whose dream has been to play NCAA Division I hoops, has been in contact with Western coaches, who were receptive to him coming to campus.

“They’ve said that they’d definitely have a spot for me,” he said. “I’m really excited, I worked a long time for this. I’m ready to get there and earn some playing time and play against some good talent.”

The Hilltoppers went 20-10 this past season, including 13-5 in Conference USA. With several key players slated to return, including 6-11 sophomore center Charles Bassey, they figure to be one of the top teams in the league again next season too.

Also next season, Casey will succeed Steve Kerberg, who recently announced his resignation as the Christian Academy bench boss.

“Words cannot describe how excited I am to become the new varsity head coach for the boys’ basketball program at CAI,” Casey said in a press release. “I thank God for the chance to have my dream of becoming a varsity head basketball coach come true. I am deeply thankful for the opportunity the CAI athletic office has given me and I am thankful for Coach Steve Kerberg and all of my other mentors, colleagues and friends who have helped prepare me for this position. We have been able to experience a lot of success on the court over the years with Coach Kerberg at the helm, and I look forward to doing my best to continue that!”

Casey has been involved in the CAI program for the past several years.

“He coached me and all the other seniors since seventh grade,” Conrad said. “I think [his hiring] is awesome.”

Most recently, Casey was the head coach of the junior varsity.

“I’ve had the pleasure of working with Hayden all five years I’ve been at CAI. It’s been exciting to see his growth as a coach and a leader within our school. His passion and energy cannot be matched, especially when it comes to his desire to see the young men succeed in life and in their walk with Christ,” CAI athletic director Stephanie Gillett said.

The hiring of Casey means that both of the school’s hoops programs will now be helmed by siblings. Casey’s sister, Carson, is the girls’ head coach.