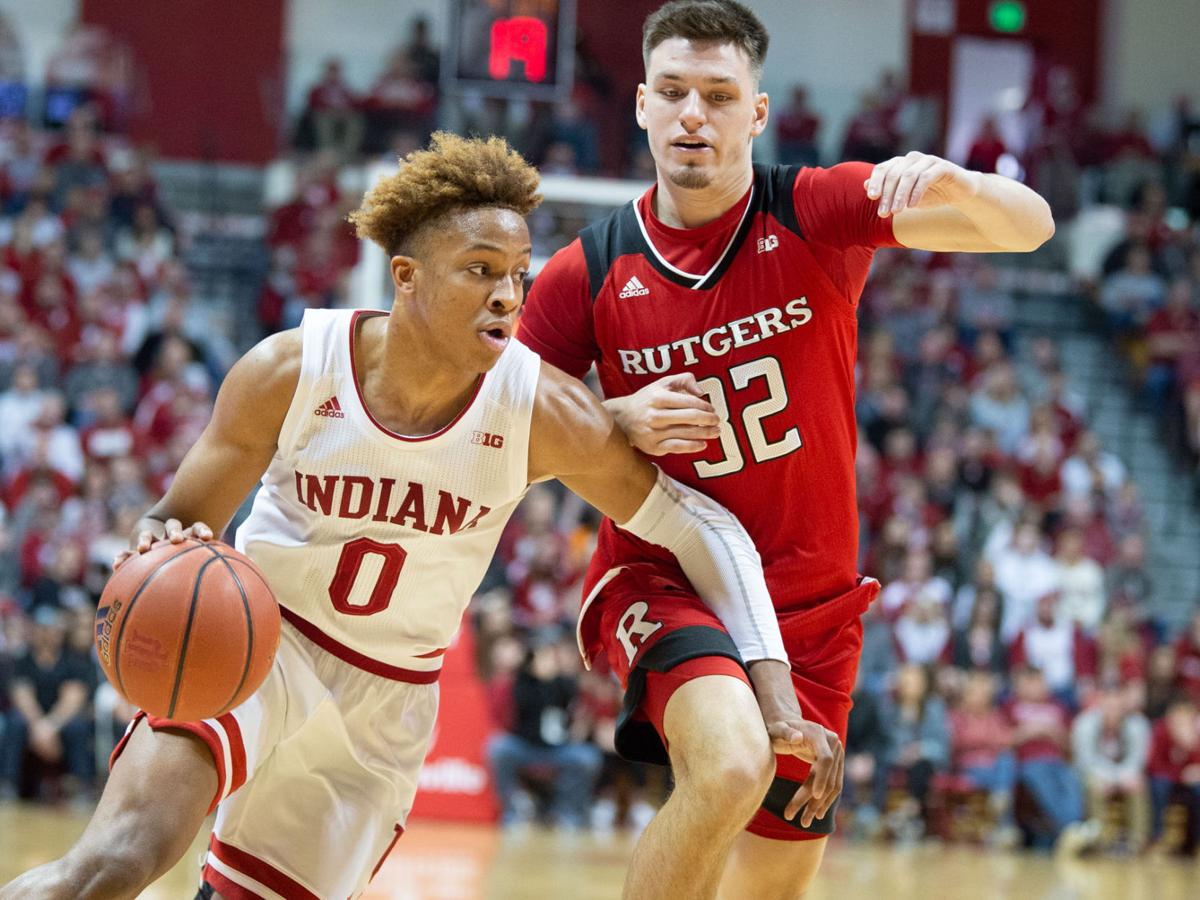 It turns out that the injury to Romeo Langford’s right thumb, which required postseason surgery, was part of the appeal for the Boston Celtics. Or Langford's willingness to play through it, at least.

“He was a super highly-rated high school player, so he was on our radar very early in the process,” Stevens said when meeting with Boston media on Thursday night. “I watched him all year at Indiana. He injured his thumb and played the whole season through it, which is something we appreciated, the toughness. It’s very impressive. A lot of guys [as] highly-rated as him would be concerned about draft stock and future, and not as concerned about that season. We’re very impressed he played through it.”

Boston’s president of basketball operations Danny Ainge discussed Langford’s character and looks forward to bringing him into the mix of what is a young core of backcourt players in Boston in place even with the apparent departure of lead guard Kyrie Irving, who, according to reports, could be a frontrunner to sign with the Brooklyn Nets.

“A 19-year-old kid that was one of the best players in the Big Ten this year. He’s a versatile player all-around, both ends of the court. [He] didn’t shoot the ball as great this year, [but he] was playing with a messed up thumb,” Ainge said. “Just a good feel player. Can pass, dribble and really defend multiple positions.”

Langford said in Thursday night’s conference call that he looks forward to joining the Celtics.

“It’s a really, really good, historic organization,” he said. “They’re coming off a real good year. Making it to the playoffs and doing well in the playoffs. I just feel like the team that they have, everybody is real versatile. It’s like they really play position-less basketball. That’s what I excel at.”

The Celtics did their homework and expect Langford to work to keep improving.

“Romeo has a bright future, but they all have to work to accomplish it,” Ainge said of the Celtics’ picks. “The world is full of unfulfilled potential and it’s our job to get the most out of them that we can. A lot of their success will depend on how hard they work.”

The 6-foot-6 Langford was one of the top finishers in the college game and the third-leading freshman scorer in the country behind Zion Williamson and R.J. Barrett, the Nos. 1 and 3 picks in Thursday night’s draft. Williamson is a New Orleans Pelican and Barrett joins a New York Knicks’ roster that is expected to be in the market for high-dollar free agents.

Langford will join a young core that has some experience together and could also be in the mix when free agency begins in July.

Romeo’s father Tim told the Boston Globe he’s thrilled for his son to end up in Boston playing for Stevens.

“I’m proud of my son, the hard work he put in just to get to this point. I know it’s a long way to go,” Tim Langford said. “But just to be selected by Boston, with so many banners and so much tradition. And Brad Stevens, I watched him when he was at Butler. I really admired him then. When the Celtics got him, I was like, ‘OK, they got a good coach.’ So for Romeo to go to an organization with a good coach like that, we’re just happy.”

“I think that’s something he’ll have to continue to work on to improve,” Stevens said. “I don’t think there’s any doubt, if you picked an area he’s going to have to work on, that would be it. He’s a better shooter than he shot this year. As noted by both his toughness, his free throws and the way he shot in high school. The thumb I think was impactful.

“As the line extends, he’s got to work to get better. All indications are that he will. He’s a good worker, he’s a hard worker. He’s a hard-playing guy. He’s been on everybody’s radar for a long time. Arguably, coming into the year, if they would have been more on the national radar had he not hurt his thumb, he would have been even more discussed. He’s a guy we were all aware of before he played his first game at Indiana.”

“He’s been well-coached, both in high school and college. A guy that we think has a lot of things that translate to the NBA. Obviously a long, versatile athletic wing. Can play multiple positions, can handle the ball, can play pick-and-roll and do some of that stuff. We’re excited about Romeo,” he said.