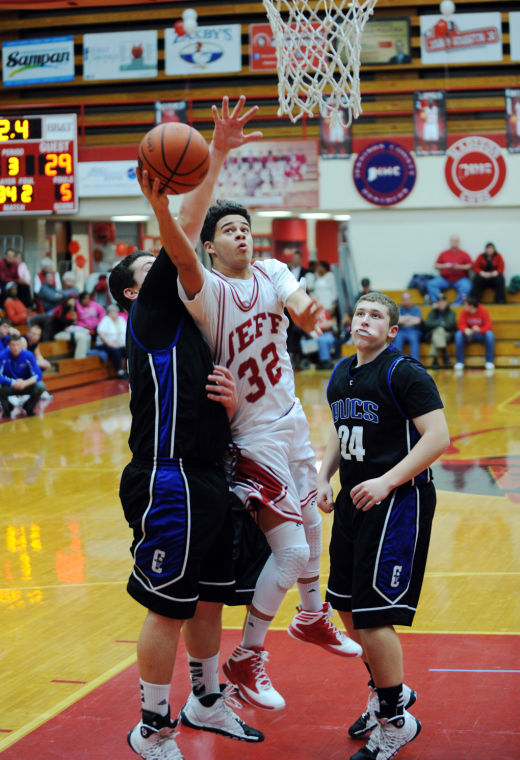 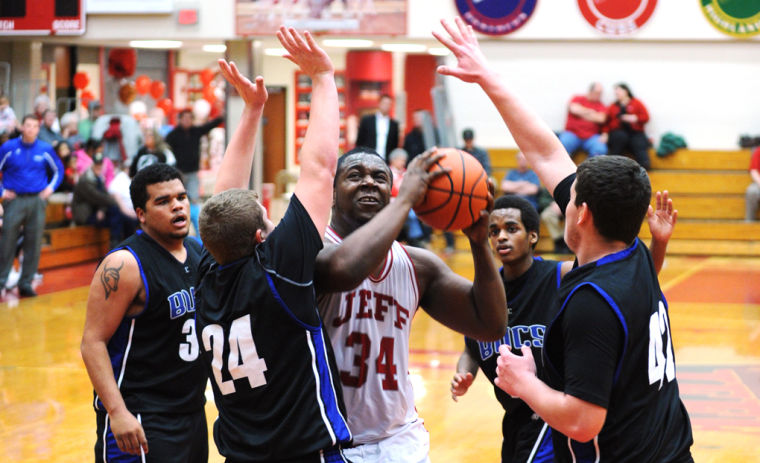 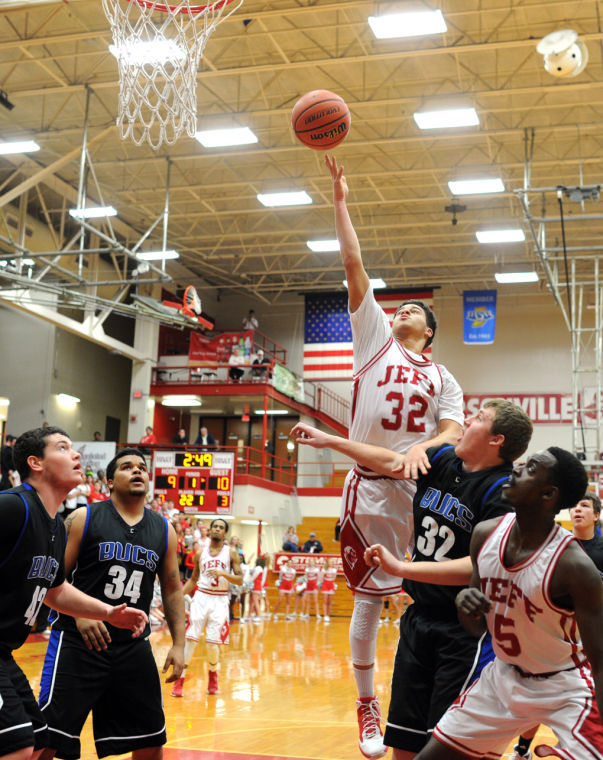 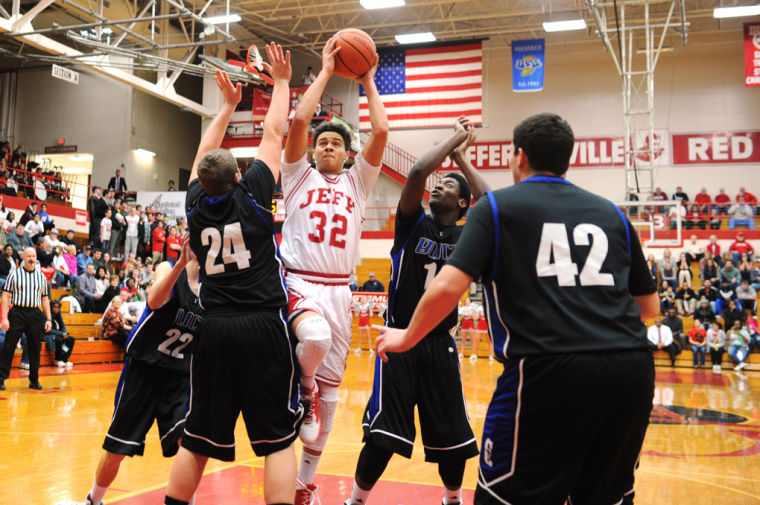 Senior Night can be a bittersweet experience, but the Jeffersonville boys’ basketball team got nothing but the feel-good version this time around.

All seven Red Devil seniors managed to find the scoring column and come out to a nice ovation in a 80-41 rout of Charlestown on Tuesday night at Johnson Arena. The win put Jeff (11-10) back over the .500 mark with just one game left to play, and guaranteed the program wouldn’t suffer its first losing regular season since 2007-08.

“It went about as well as it could have tonight,” said Jeff coach Matt Pait. “We got every senior at least one point in some form or fashion. We were able to play our game.”

It was completely Jeff’s game once the second quarter began.

After struggling at times over the first eight minutes, Jeff opened the second period clinging to a 17-14 edge, but burst ahead by scoring 18 of the game’s next 20 points. Sparked by a full-court press, the Red Devils’ run saw several highlight-reel plays, including an acrobatic tip-in by Drew Eills, a long jumper from the top of the key by Chad Hudson and a 3-pointer from Keenan Williams.

It took the Pirates (4-14) more than five minutes to get their first field goal of the quarter — a layup by Hunter Crace — and the damage was done. Meanwhile, the turnovers piled up with consecutive layups from Ellis putting Jeff in front 35-16. Charlestown committed eight of its 23 turnovers during the Red Devils’ decisive run.

“The two things that have played against us all year are turnovers and giving up offensive rebounds,” said Charlestown coach Sean Smith. “Their pressure really helped them force us into both and allow them to build that lead. And once a team is up 20, they can really play with some confidence.”

Jeff took away any hope of a Pirate run by going right back to work with its press and from the foul line, where the Red Devils went 21-of-27 for the evening.

Williams, who poured in a game-high 17 points, had seven of them in the third period and helped Jeff expand its lead even further by embarking on a 14-4 run out of the intermission. Charlestown’s Korey Harris, a sophomore playing in just his fourth game of the year, had five quick points — including the Pirates’ only basket from 3-point range — to make it 56-29 as the third quarter wound down.

With the outcome decided, Jeff began to remove the seniors from the game for a brief moment in the sun, with Williams and Ellis, who finished with 15 points, the first to go. The Red Devils’ Leonard Kwitonda had two points in his final game at Johnson Arena, while fellow seniors Chandler Dale (one point), Tyrise Major (six points and a game-high four steals), C.J. Lambus (four points) and Dionte Allen (four points) also made impacts as they closed out their careers.

Tanner Wesp led Charlestown with eight points and five rebounds. Jamal Long and Crace had six for the Pirates.

It wasn’t all bad news for the Pirates, who went 8-of-11 from the foul line, a percentage that is improving every game according to Smith. Earlier in the week, Charlestown learned its first opponent at the Class 3A North Harrison Sectional next week would be Salem, a team it just beat on the road by 13 points.

The Red Devils will meet Columbus East tonight in a make-up game that was postponed due to inclement weather. From there, Jeff will look toward a rematch with Jennings County in the Class 4A Seymour Sectional. The Panthers beat Jeff 72-60 on Feb. 13.

“We’re pretty happy to be playing them,” Pait said. “That helps us to get focused knowing that they got the best of us.”