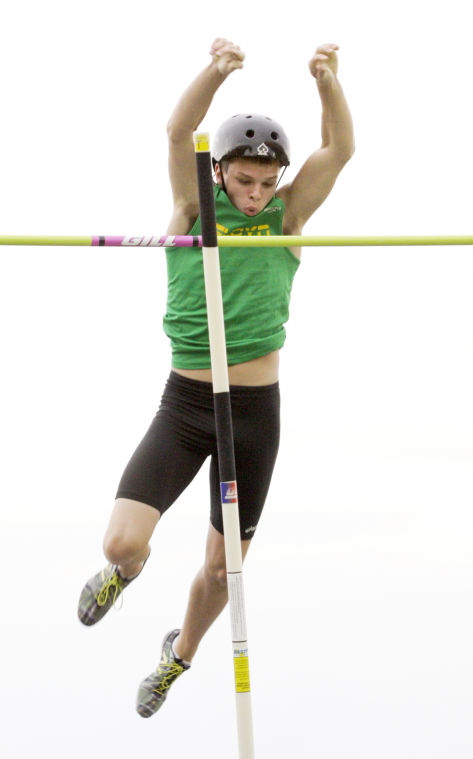 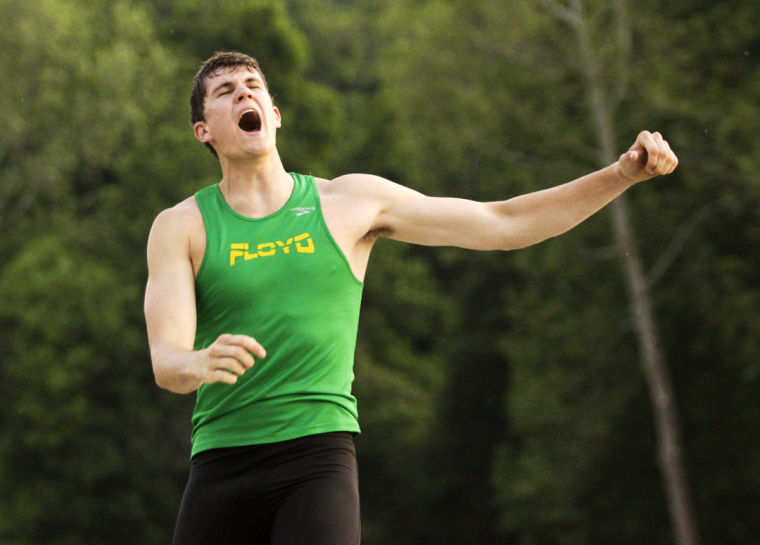 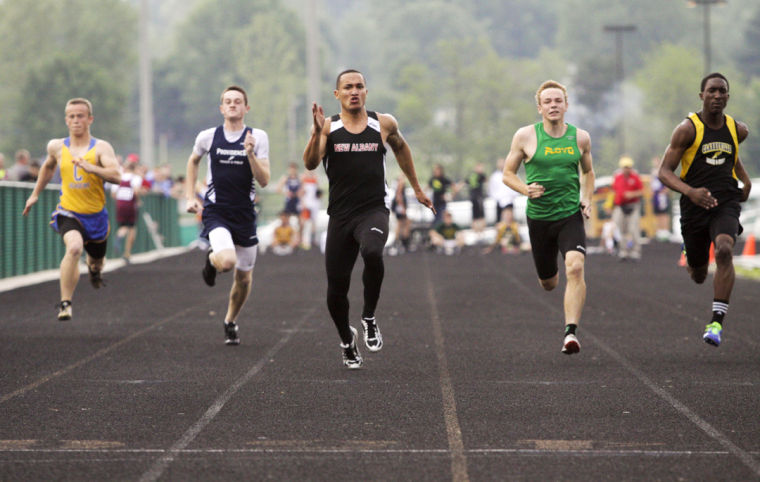 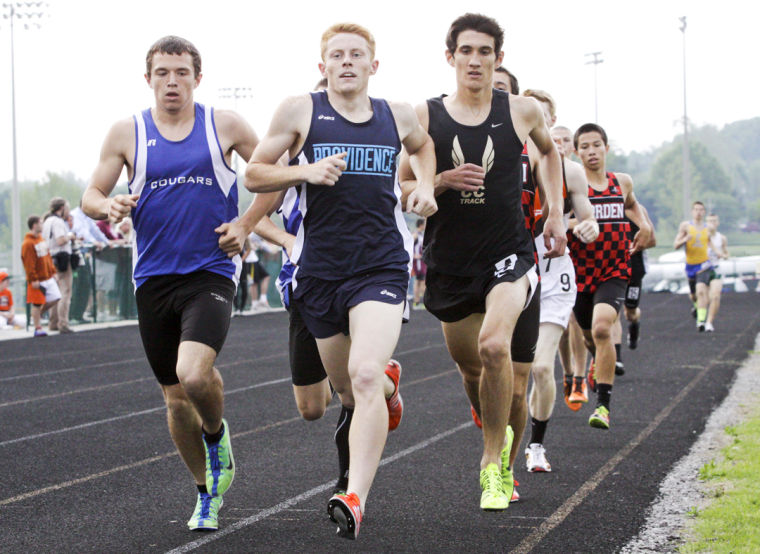 Runners compete in the 1600-meter run during the Floyd Central sectional track meet on Thursday. 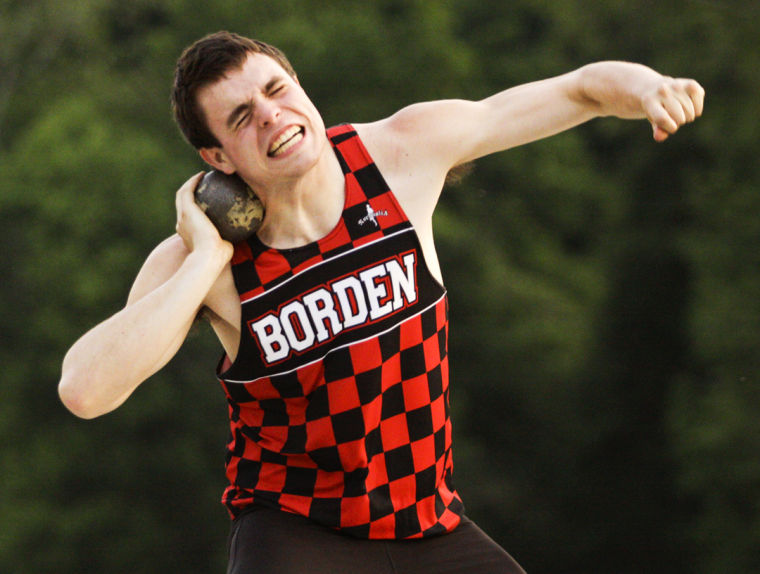 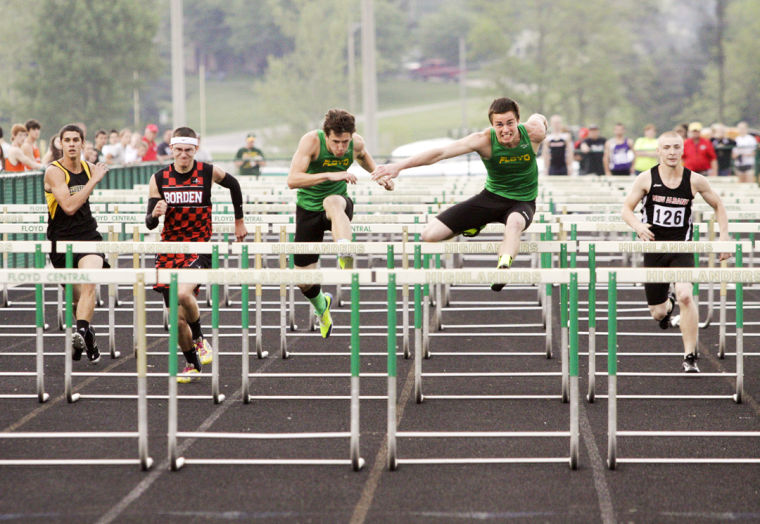 Runners compete in the 110-meter hurdles during the Floyd Central sectional track meet on Thursday. 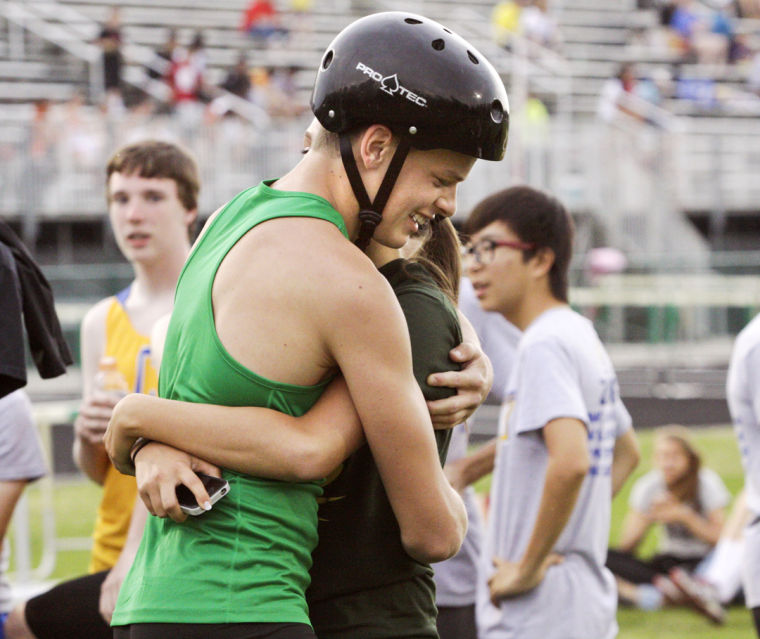 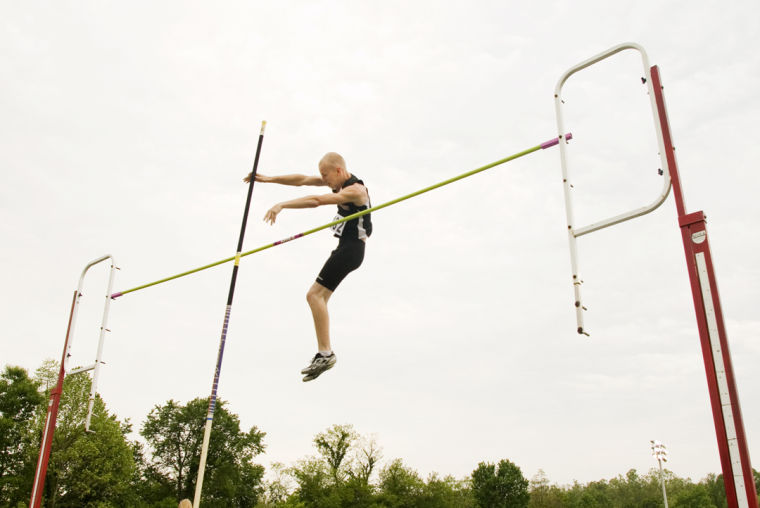 Runners compete in the 1600-meter run during the Floyd Central sectional track meet on Thursday.

Runners compete in the 110-meter hurdles during the Floyd Central sectional track meet on Thursday.

The host Highlanders won nine of 16 events and was the class of the Floyd Central Sectional field in winning its 11th consecutive sectional crown on Thursday at Ron Weigleb Stadium.

The Highlanders scored 170 1/2 points, with 82 1/2 points between them and runner-up Borden. The top four finishers in each event advanced to next Thursday’s Bloomington North Regional.

“The overall performance tonight was just amazing,” said Floyd Central senior Kahler Davis, who won the 400-meter title and was a member of the 1,600 relay championship team in his final sectional. “The sectionals these last four years have just been great.”

“Today is the first time he got on that pole,” Floyd Central coach Lane Oxley said of Marguet. “I’m impressed, but I’m not real surprises. I could tell when he cleared 13-8 he had more in him. He still has more in him. He’s hungry.”

In the first individual event of the night, the Highlanders went 1-2 in the 110-meter high hurdles. Grant Foster won in a time of 16.14 seconds, .17 ahead of teammate Chase Blakeman. Blakeman then won the 300 hurdles and Foster was third.

“Those are huge points,” Oxley said of his hurdlers.

In Floyd’s biggest upset win of the night, its 400 relay team of Gaige Klingsmith, Zachary Lewis, Seth Jenkins and Nick Uhl edged defending champion and favorite New Albany. The Highlanders won in 43.71, less than a half second ahead of the Bulldogs.

“That was nice. We’ve been behind [New Albany] all year,” Oxley said of the 400 relay win. “I hope it continues. New Albany has fast runners. I just don’t think they had a very good race.”

As expected, the Highlanders’ Codie Hamsley easily won the discus and the shot put. He threw the discus at 198-4 and the shot put with a toss of 55 feet. Floyd Central’s Adam Wallace just beat Borden’s Brian Eurton to the stripe in the 800. Klingsmith was also second in the 100 and third in the 200.

The second-place finish is the best ever for the Borden boys’ track program.

“I’m very tickled,” Braves’ coach Liz Carmony said. “This is big for our school, very big for us. I’m really happy. We had some very good performances, a lot of personal-bests.”

Borden opened the night with a victory in the 3,200 relay. Eurton, Julien Magallanes, Nathen Magallanes and Gavin Tipker won in 8:16.09, more than 14 seconds head of runner-up Floyd Central. Tipker dropped his personal-best time by three seconds.

Also for the Braves, Eurton and Julien Magallanes finished third and fourth, respectively, in the 1,600, Hayden Casey advanced with a runner-up finish in the 300 hurdles and a fourth in the 110 hurdles, Brett Williams was second in the shot and their 1,600 relay team finished third.

Defending state 100 champion Jermaine Parrish of New Albany won both sprints. He took the 100 in 11.03, just ahead of Klingsmith. Parrish said he’s not sure what to expect from himself at next week’s Bloomington North Regional and in the IHSAA State Finals in two weeks.

“It’s hard to tell right now,” he said. “I haven’t posted my best times this year. I’ll try to keep working the next few weeks to lower my times.”

In the 200, his cousin — Clarksville’s Marquise Parrish — led most of the way before the Bulldog sprinter beat him at the line in 22.31.

“I knew he was going to be fast,” Jermaine Parrish said of his cousin, who is running track for the first time this season. “Since we were growing up, we always ran around together.”

New Albany had their own 1-2 finish, propelling the Bulldogs to a third-place team finish with 80 points. New Albany’s Javen Reeves won the high jump with a leap of 6-2, while teammate Isaiah Hickman finished second. Drew Hirsch finished third in the 3,200 behind North Harrison’s Jonathan Reynolds and Corydon Central’s Levi Taylor, who went 1-2, respectively, in both distance races.

Clarksville finished fourth with 72 1/2 points. Christian Brown had the Generals’ lone championship with a 20-1 in the long jump.

Also for the Generals, Josh Grady finished second to Davis in the 400, Jake Matthews was runner-up in the shot put and third in the discus and Marquise Parrish advanced in the 200, the 100 (third) and as a member of the 400 relay (third) and 1,600 relay (second) teams. He was the anchor leg on both relays.

Providence’s 3,200 relay team finished third and advanced to the regional, along with Lincoln Ottersbach, who was third in the 800, and Garrett Braun, who finished fourth in the 200. The Pioneers finished seventh overall.

Christian Academy didn’t have anyone advance, but Trey Sturdy finished seventh in the long jump, eighth in the 300 hurdles and was on the sixth-place Warrior 400 relay team.

Should the death penalty be abolished in the United States?

The 13th execution since July occurred early Jan. 16 at the Federal Prison Complex in Terre Haute. The number of federal executions carried out since 2020 exceeds the previous 56 years combined. Incoming president Joe Biden, who opposes the death penalty, could stop federal executions after he takes office.