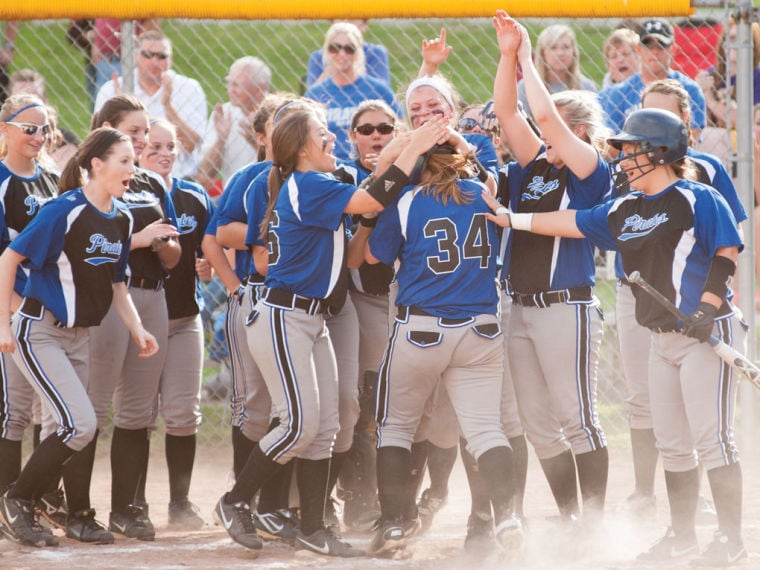 The Pirates meet Sheby Goedeker at home plate after she put them on the scoreboard with a one-run homer at the Salem Softball Sectional on Wednesday. Photo by Joe Ullrich 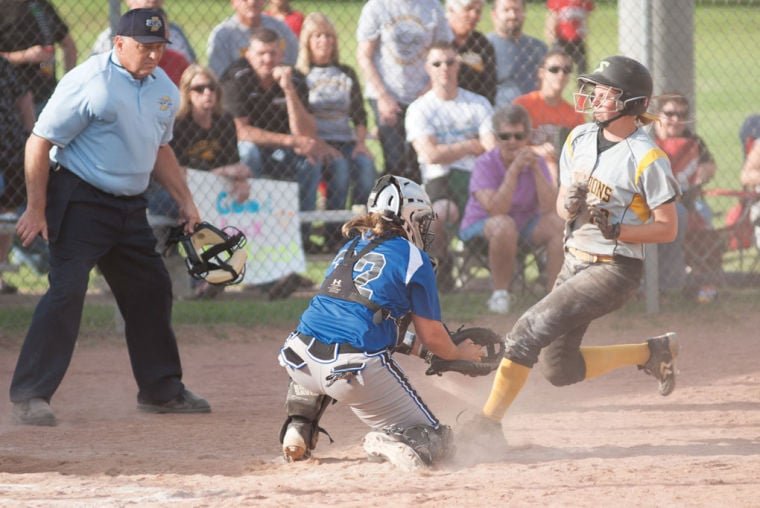 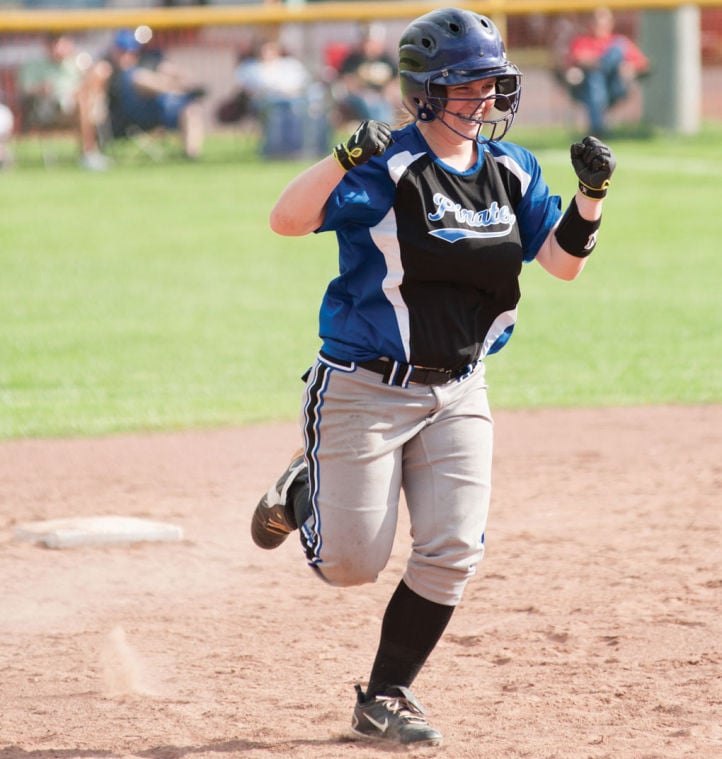 Charlestown's Shelby Goedeker rounds second base after hitting a home run in Wednesday's 5-3 victory over Salem at the Salem Softball Sectional. Photo by Joe Ullrich 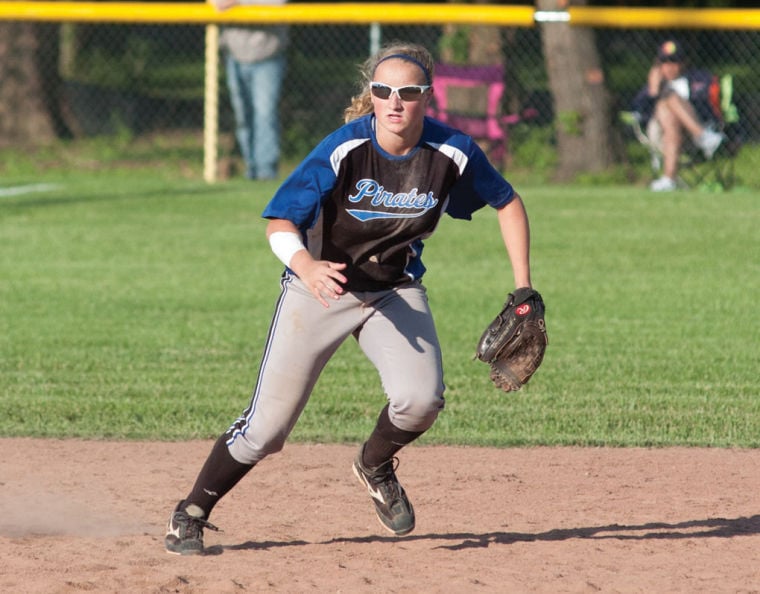 The Pirates meet Sheby Goedeker at home plate after she put them on the scoreboard with a one-run homer at the Salem Softball Sectional on Wednesday. Photo by Joe Ullrich

Charlestown's Shelby Goedeker rounds second base after hitting a home run in Wednesday's 5-3 victory over Salem at the Salem Softball Sectional. Photo by Joe Ullrich

On May 8, Salem ended Charlestown’s chances of capturing a share of the Mid-Southern Conference championship with a 3-1 victory.

Charlestown scored two runs in the top of the eighth inning and spoiled Class 3A No. 5 Salem’s chances of winning its first sectional title in 11 years with a 5-3 victory. The Pirates (19-4) will try to win their first sectional championship since 1997 when they face Brownstown Central, which defeated Corydon Central 5-4 in nine innings in Wednesday’s second semifinal, in tonight’s 6 p.m. title game. Charlestown beat the Braves in Brownstown 3-0 on May 2.

“We just need to keep our focus and be ready to play,” Charlestown senior third baseman Alyssa Price said.

The Lions (19-5) took a 3-2 lead in the bottom of the sixth when sophomore catcher Chelsie Strong smacked a two-run home run to center field with two out.

“I thought then it was over with,” Pirates’ coach Kevin Zollman said. “I was just praying that we would get a chance to come back.”

With one out and a runner at first in the top of the seventh, Price hit a single to shallow center that moved Charlestown freshman Leah Sherrill to second.

The Pirates tied the game at three in their next at-bat as senior Alli Webster hit an RBI single to left that plated Sherrill.

In the top of the eighth, Charlestown started the inning with back-to-back singles by Shelby Goedeker and Morgan Ashby. That forced Salem coach Jennifer Morris to relieve Lions’ starting pitcher Emily Brishaber with reliever Amber Kilburn.

With two out and the bases loaded, Price blooped a single into shallow left field to plate Ashby and Lexi Logsdon to give the Pirates a two-run advantage. Price bounced back after committing a throwing error in the bottom of the sixth that set up Strong’s blast.

“I felt like I needed to redeem myself after that error at third base,” Price said. “When I hit the ball, I thought it was going to be a fly out. But the ball hit the hole. That’s all that matters.”

The Lions’ Alexandra Davidson began the bottom of the eighth by drawing a walk from Webster, Charlestown’s starter. After Morgan Hasty struck out, Davidson moved up to second on a passed ball.

But Webster took care of the rest by striking out Strong swinging and fanning Kilburn looking.

Webster improved her record to 17-4. She yielded three runs (one earned) on four hits with 13 strikeouts and one walk. She also hit a batter. Along with giving up Strong’s homer, Webster surrendered a solo shot to Davidson in the bottom of the first.

“Other than that, I thought she was great. She kept the game close so our girls can make plays,” Zollman said. “ I thought my girls played great. They played with a lot of heart, they kept fighting and they never gave up.”

Six Pirates collected two hits: Price, Webster, Goedeker, Sherrill, Kaitlynn Henning and Bethany Hall. Price had two RBIs and Goedeker had a double and a solo homer in the fourth to deadlock the game at one. Charlestown collected 13 hits in the contest.

Zollman praised Sherrill, the No. 9 hitter, as she scored twice and got on base three times.

“You’ve got to give credit to [Sherrill]. She put the ball in play every time, which is great, and she’s got speed. Putting her on in front of Alli and Alyssa was big,” Zollman said. “We know we can hit the ball — one through nine. Tonight, we finally put some hits together, which we didn’t do in the regular-season game.”