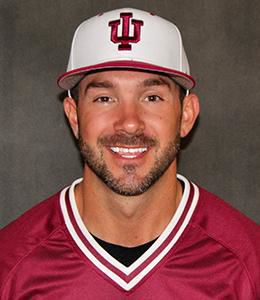 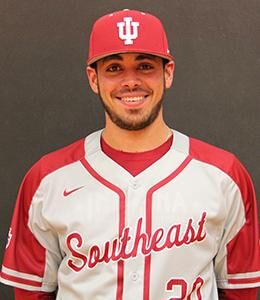 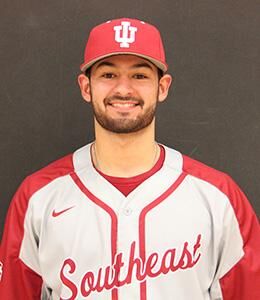 NEW ALBANY — IU Southeast looks to pick up where it left off in its COVID-shortened 2020 campaign this year.

The Grenadiers were 18-1 and ranked 12th in the country when their season came to a premature end due to the pandemic.

IUS returns nearly every key player from that squad, which is a big reason why the Grenadiers were rated 11th in the NAIA preseason coaches poll. However the lofty forecast brings some unique challenges, according to long-time head coach Ben Reel.

“Expectations are heavy, and there’s byproducts of expectations. Complacency is one of them. Guys think ‘People say we’re good, so we’re good.’ Well, you’ve got to earn that,” he said. “Even though we return the same players, they’re not the same people. Their minds have changed; their perspectives have changed due to the experiences they’ve been through.”

Hoping to make a similar splash in 2021, many of the returning Grenadiers have a new lease on the game.

“We have that feel of urgency. We obviously had to stop last year, and that hit us hard,” junior outfielder Marco Romero said. “Now, I feel like we don’t take anything for granted. We know how much we missed playing last season, so I feel like people are giving more of themselves than last year.”

In addition to those returnees, IUS has added a pair of impactful senior transfers and several talented freshmen to its roster.

The transfers, both from Saint Xavier University in Illinois, are former All-American infielder Matt Monahan and pitcher Jared Jones. They should help bring along the 11-man freshman class.

“They’re going to have to grow up in terms of experience, but you can’t get experience if you’re not presented the opportunity,” Reel said of the frosh.

The Grenadiers have won seven regular-season conference titles and two conference tournaments in Reel’s first 12 years at the helm, but talent is only a fraction of the reason the program has had sustained success, according to the coach.

“You’ve got to get the right people. I mean, they’ve got to be able to play. But when you get 30 guys where the moral fiber all lines up, I think it’s easy to shoulder the weight of the expectations,” Reel said.

And there are expectations aplenty this year.

The team has the potential to reach the NAIA World Series in Lewiston, Idaho for the first time in program history. The club has won a game in the opening round of the national tournament for four consecutive seasons and in 2017 it fell one game short of a World Series appearance.

“A lot of things have to go right for us to fulfill the prophecy of preseason expectations. I think we have the personnel from a character standpoint,” Reel said.

Part of having the right personnel, according to the coach, is possessing a diverse roster. The Grenadiers are made up of players from several different socioeconomic backgrounds.

Entering his third year in the program DeCello, who is from Hamilton, Ohio, said he has benefited from the conversations he’s had with his teammates, who come from as far away as Southern California and Venezuela.

“We kind of just feed off one another, whether that’s hitting, fielding or other situations. Everyone has a different perspective on it,” he said. “It’s just cool to see all of the knowledge that you can gain by listening and talking to the guys around you. That helps us tremendously both on, and off, the field.”

With more than 50 games scheduled between now and May 1, depth is important for the Grenadiers. And in a year where it is increasingly possible to lose players for an extended period of time due to COVID-19 concerns, Reel has emphasized quality over quantity when looking at the Grenadiers’ backups.

“I think this is one of those years where we have a lot of skilled personnel. If something happens, we’ll be able to weather that storm,” he said. “Our lineup is long, it’s deep. We’ve got guys on the bench that could start for most teams in our conference.”

Even though the Grenadiers have the depth to withstand injuries and absences, Reel still pegs health as one of a few key factors to his team potentially making a deep postseason run.

“Number one, you’ve got to stay healthy. Your body has to be a priority,” Reel said. “Second, you have to be consistently challenged, not only in the game but in consistent game-like scenarios. The other thing is, you have to have an understanding of what’s really happening. Knowledge is not power; understanding is power.

As the program begins what could be its most promising season to date, Reel thanked the community at and around IUS for its support and acknowledged that it plays a large role in the team’s success.

The Grenadiers opened their season with a three-game sweep of Pikeville (Ky.) before they were swept by No. 5 Tennessee Wesleyan last weekend. This weekend, IUS travels to Louisiana for four games — three against teams ranked in the Top 10 (No. 2 Science and Arts of Oklahoma, No. 6 LSU-Shreveport and No. 10 Central Methodist College). IU Southeast begins River States Conference play next month.

Regardless of what happens with the team this season, Reel hopes to have a positive impact on the lives of the athletes in the program.

“I think the most important part for us as coaches is just supporting (players). It has nothing to do with winning games or championships. That’s just a by-product of all of it,” he said.

Ronald Doersam, beloved father, grandfather, brother, uncle, and friend, left this earth July 24, 2020 to be with his wife, Betty, and his daughter, Brenda Kelsch. He is survived by his daughter, Debra Scott; son-in-law, Mark Kelsch; sister, Jackie (Marv) Weber; as well as five grandchildren…

Jeffrey Taylor, 59, of Jeffersonville, Indiana passed away on February 26, 2021. He loved fishing and spending time outdoors. Jeffrey is survived by his mother, Judy Fouts; father, Harold Taylor; uncle, Floyd Gadden; brother, Brian Kees; as well as a host of other friends and family. He is p…

Should the 80%-90% of Indiana's wetlands not covered by the federal Clean Water Act continue to be regulated by the state?