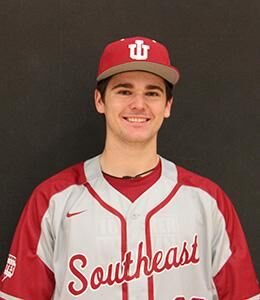 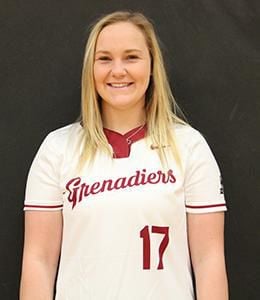 Fresh off a dominating run through the league’s regular season, the IU Southeast baseball team is the No. 1 seed in this week’s River States Conference Tournament.

The Grenadiers, who went 26-1 in the RSC during regular-season play, are scheduled to face sixth-seeded Midway (Ky.) at 11 a.m. Thursday morning in the first game of the six-team, double-elimination tournament in Chillicothe, Ohio. Play continues Friday and Saturday. The final is scheduled for 11 a.m. Sunday with a second championship game, if necessary, at 3 p.m.

IUS (40-13), which is ranked No. 18 in the NAIA Top 25, has already earned an automatic berth to the NAIA Baseball National Championship Opening Round after winning the RSC regular-season title.

The Grenadiers won their first 17 league games before losing the second game of a doubleheader at Point Park (Pa.) on April 10. They then won their final nine RSC contests, capped off by Sunday’s 12-7 win at Brescia (Ky.).

IUS has been led this season by senior infielder Matt Monahan, who is hitting .428 with 14 doubles, 14 home runs and 55 RBIs while scoring 58 runs.

Meanwhile, the IUS softball team team is the No. 2 seed in the RSC Tournament, which is scheduled to run Thursday through Saturday at Jackson Memorial Park in Vienna, W.V. Rio Grande (Ohio) is the top seed in the double-elimination tourney.

The final is scheduled for 1 p.m. Saturday. If necessary, a second championship game will be played 30 minutes later.