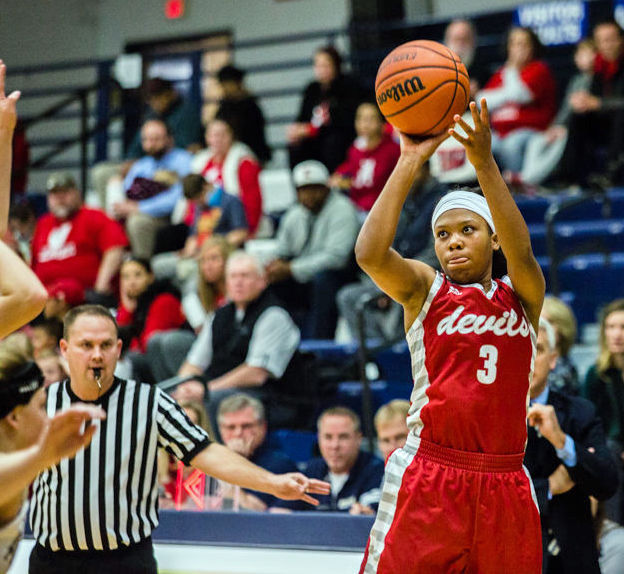 Former Jeffersonville standout Jaylynn Brown, who is coming off two solid seasons at Lincoln Trail College, announced last month that she will continue her college career at the University of North Carolina at Greensboro. 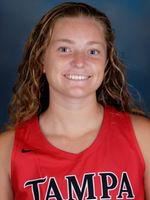 Former Jeffersonville standout Jaylynn Brown, who is coming off two solid seasons at Lincoln Trail College, announced last month that she will continue her college career at the University of North Carolina at Greensboro.

Former Jeffersonville girls’ basketball standout Jaylynn Brown, who is coming off two solid seasons at Lincoln Trail College, recently decided that she will continue her career at the University of North Carolina Greensboro.

“Thank you to all the coaches who took the time to recruit me. And a special thanks to @LTC_IL and @LTCWBB for getting me to the next level. With that being said I’d love to announce I will be continuing my last 2 years at The University of North Carolina Greensboro,” Brown wrote on Twitter last month.

She’ll join the NCAA Division I Trojans, who went 23-9 this past season.

Speaking of Lincoln Trail, former Charlestown girls’ basketball standout Samantha Matthews recently announced that she is transferring to the school in Robinson, Ill.

“after entering the transfer portal, I am excited to announce that I will be attending JUCO, Lincoln Trail, for my sophomore year!” Matthews tweeted in late April.

Matthews only played in five games, due to an injury, at Division II Tampa, where the 5-7 guard averaged 1.2 points and shot 50 percent from the field as a freshman.

The IU Southeast baseball team has received commitments from a pair of transfers, the program announced Tuesday.

Andrew Fay and Tyler Yotkewich will play for the Grenadiers next season.

Fay, an infielder and right-handed pitcher, comes to IUS from John Wood Community College in Quincy, Ill. During the shortened 2020 season, Fay hit .281 with three doubles, a home run and five RBIs for the Blazers. He also had a .410 on-base percentage and a .469 slugging percentage. On the mound, he went 0-1 with one save and a 1.29 earned-run average in three appearances. He also recorded nine strikeouts in seven innings pitched.

“Andrew brings us depth in the infield and on the mound,” IUS coach Ben Reel said. “He can run it up there on the mound, and gives us a veteran stick at the plate. He is a tough competitor that will no doubt make us better. He will play a big role for this team wherever that may be. We are excited to have Andrew in the Cream and Crimson.”

During the shortened 2020 season, Yotkewich went 1-0 with a 4.60 ERA in four appearances (including three starts) while recording 19 strikeouts in 15 2/3 innings pitched.

“Tyler brings us a veteran power arm that competed in arguably the toughest conference in the country in junior college,” Reel said of the Great Rivers Athletic Conference. “He will be counted on to become a mainstay on our pitching staff for the next few years. The best is yet to come for this steadily improving arm. His work ethic and leadership will help our pitching staff step up their game. There are big things to come for Yotkewich as a Grenadier.”