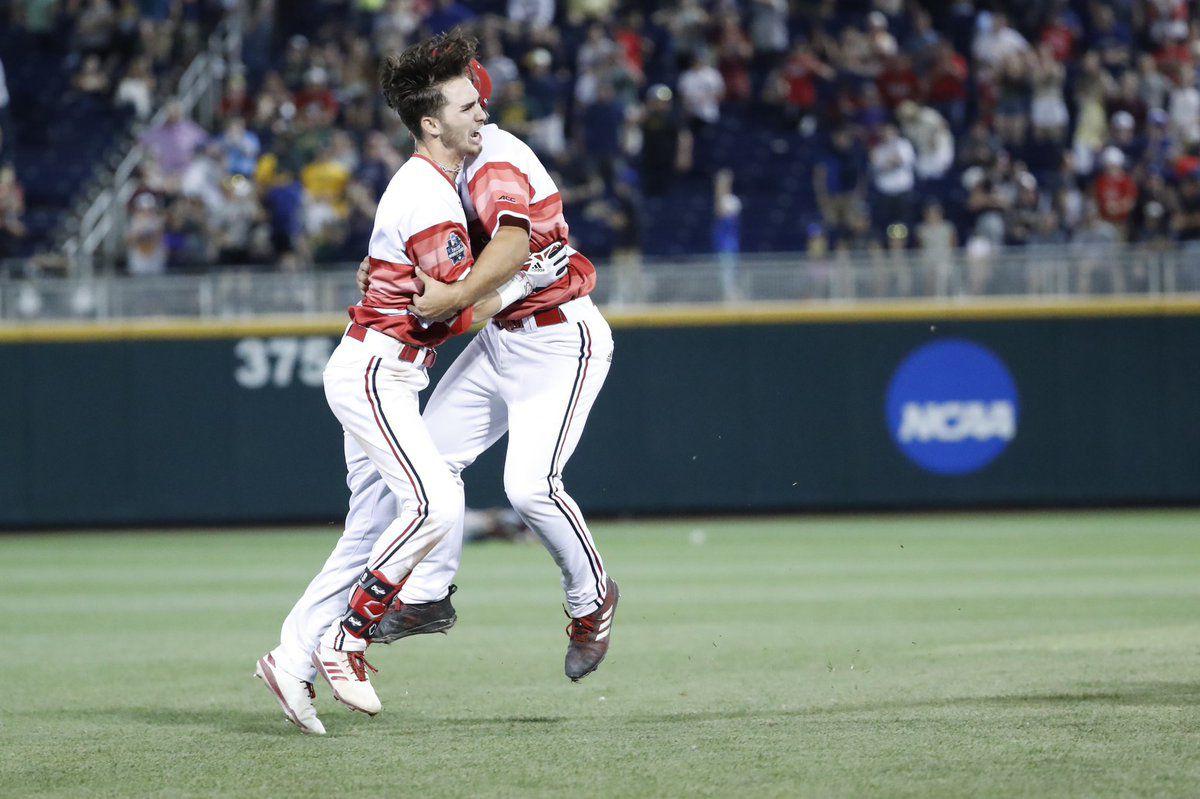 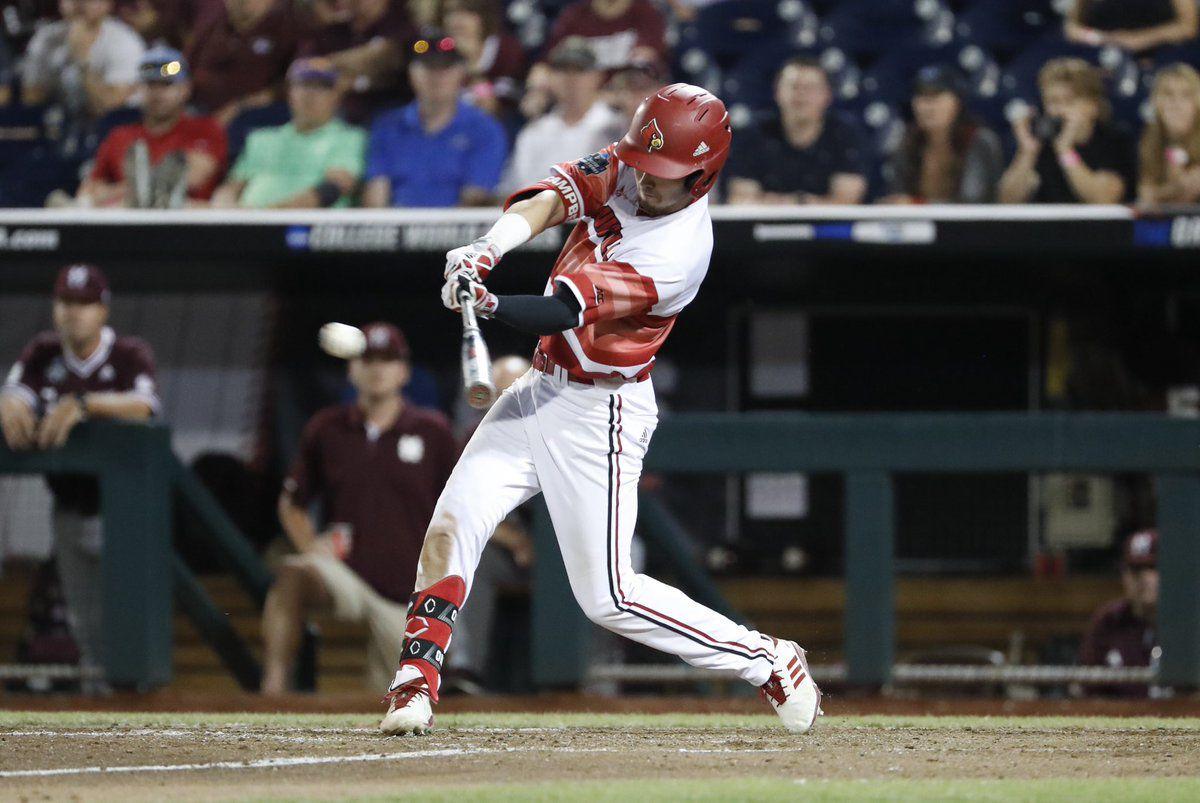 Drew Campbell squares up the game-winning hit during the ninth inning Thursday to give Louisville a 4-3 victory in the College World Series. | LOUISVILLE PHOTO

Drew Campbell squares up the game-winning hit during the ninth inning Thursday to give Louisville a 4-3 victory in the College World Series. | LOUISVILLE PHOTO

OMAHA, Neb. (AP) — Louisville was down three runs and its offense was doing next to nothing through six innings against Mississippi State. And the Cardinals’ dismal history at the College World Series didn’t portend a comeback, either.

They were still down a run going to the ninth and facing a veteran closer who hadn’t given up a run in his last seven appearances.

“It was good energy,” outfielder Drew Campbell said. “Everybody had positive things to say in the dugout. Just going around the dugout, everybody was picking each other up. We weren’t done. We were just pushing.”

Campbell’s single off Cole Gordon drove in Danny Oriente for the winning run in the bottom of the ninth, and Louisville eliminated Mississippi State with a 4-3 walk-off victory Thursday night.

The Cardinals (51-17) advanced past a third game for the first time in their five CWS appearances. They’ll play No. 2 national seed Vanderbilt in the Bracket 2 final on Friday.

Mississippi State (52-15) had been 47-0 when leading after eight innings. Louisville entered the night 1-16 when trailing after eight.

The Cards, borrowing from “Game of Thrones,” lived their “Not Today” mantra to the hilt.

“We keep using that line,” coach Dan McDonnell said. “Not today. Today is not going to be the last day.”

Mississippi State had a walk-off win of its own Sunday, rallying from a three-run deficit in the ninth inning to beat Auburn 5-4. The Bulldogs led the nation with 28 come-from-behind wins of its own.

“That’s kind of how you had to beat us — on the last swing — because our guys just have that never-die attitude,” MSU coach Chris Lemonis said.

The Cards tied it at 3 when Jake Snider walked leading off the ninth against Gordon (5-1) and took second on the reliever’s pickoff attempt in the dirt. Oriente singled into left center, and Jake Mangum came up throwing. Snider slid in headfirst ahead of Dustin Skelton’s tag attempt and the Mississippi State catcher couldn’t hold onto the ball. Oriente took second on the throw home.

Campbell then sent Gordon’s 2-2 pitch into center field, cracking a smile as he left the batter’s box. Oriente scored easily, and Campbell sprinted past second base, threw his batting helmet into the grass and prepared to be mobbed by teammates in left field.

“Just getting around second, a lot of these guys are bigger than me,” Campbell said. “I had to get out of the way and run to the left field wall.”

Reid Detmers (13-4) got the win after getting one out in the top of the ninth.

Freshman JT Ginn had limited Louisville to three hits over six shutout innings. MSU built a 3-0 lead, with Rowdey Jordan doubling in a run and Landon Jordan following with an RBI single in the fourth and Tanner Allen singling in a run in the seventh.

The Cardinals cut into the deficit against Jared Liebelt, who relieved Ginn to start the seventh. Liebelt issued two straight walks and an infield single before Campbell singled, and Justin Lavey’s RBI groundout made it a one-run game.

“They got really big hits when they had to get big hits,” Lemonis said, “and they just kept fighting, too. I’ve been a part of that program. I know how hard they work. I know their leadership. I know the type of players and they weren’t gonna stop either.”

McDonnell and Lemonis were teammates on the Citadel team that played in the 1990 CWS, and Lemonis was on McDonnell’s staff at Louisville from 2007-14. The two have an agreement that because of their friendship, they’ll never schedule to play each other’s team in the regular season.

“It dawned upon me that if we lost today, I would have lost to one of my best friends,” McDonnell said.

Louisville would have to beat Vanderbilt on Friday and again Saturday to reach the best-of-three finals next week.