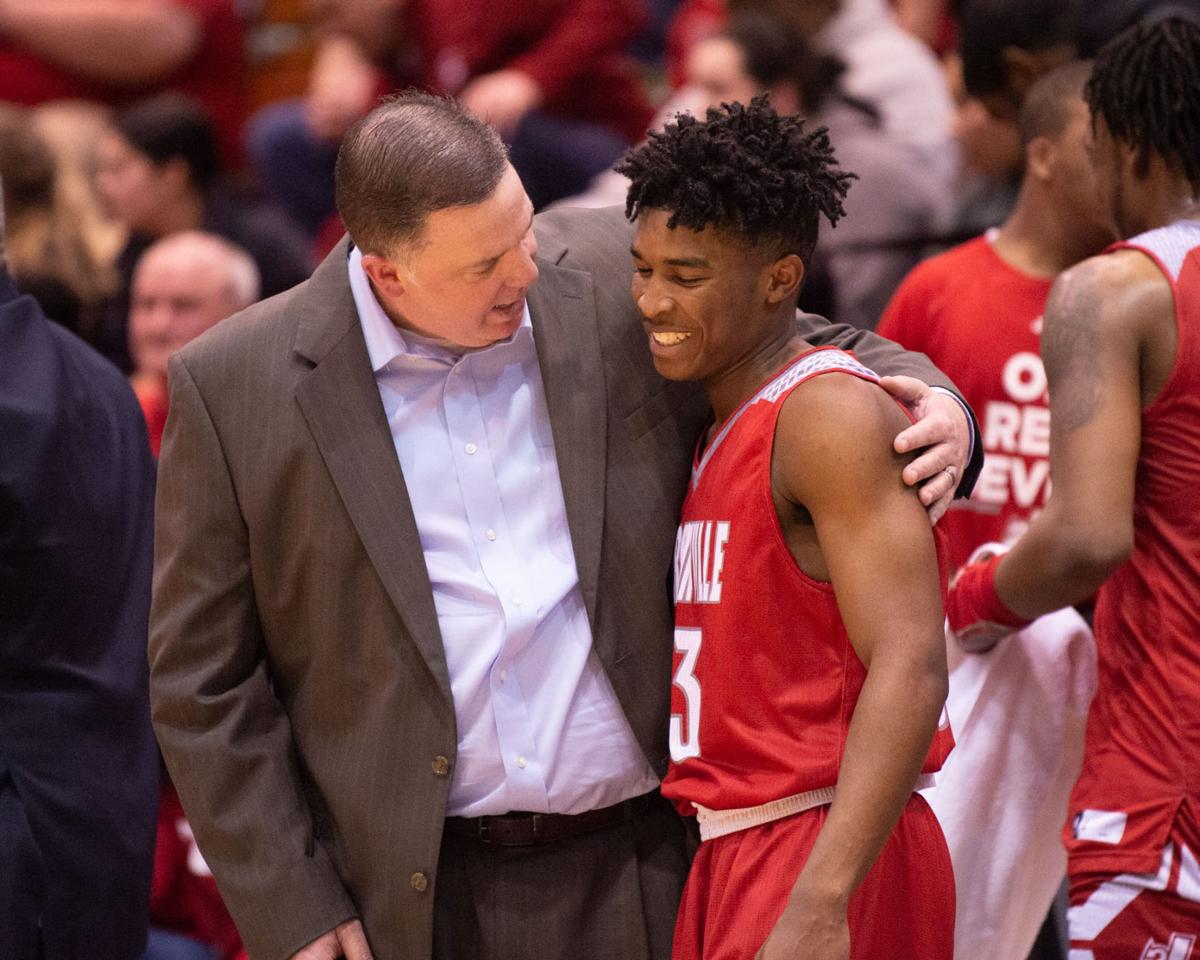 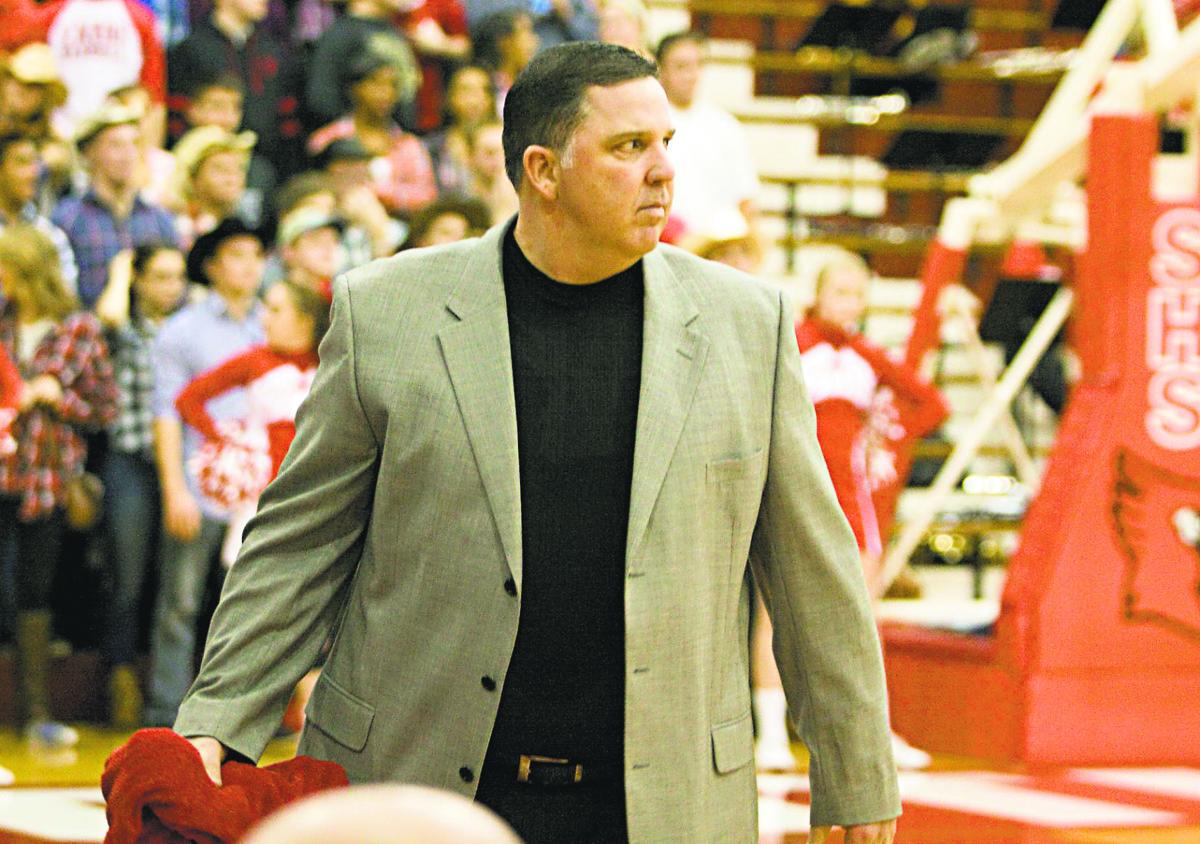 A new era has began for Jeffersonville basketball under new coach Joe Luce.

A new era has began for Jeffersonville basketball under new coach Joe Luce.

While, in general, impactful change might ultimately mean an opportunity for growth or adventure or excitement, getting used to a different reality first brings its share of anxiety and uneasiness.

This current group of Jeffersonville players, several coming off productive and memorable summers that included scholarship offers and college visits, is facing some adversity with the Dec. 7 season opener just over three months away. The season the Red Devils have been envisioning is an opportunity to contend for the program’s second state title.

With the resignation of their charismatic leader — Joe Luce announced his resignation Thursday — the Red Devils’ ability to overcome adversity will be put to the test.

That vision of a brilliant season is up to them — with support from their inner circles — to maintain.

“It’s a resilient group of kids. I think they’ll do what they have to do,” said Clark Miles, who has been a Jeff assistant coach for the past 30 years.

“The thing about it is, especially for the kids, when they face adversity, they can get through it well. We have to make sure we have their back and let them know that. It comes as a shock when a change like this is made so close to the season, but life goes on. We’ll keep picking it up.”

Some of the Jeff players reacted via social media.

“Allowed me to find my love for the game again.. Forever Grateful,” senior guard Darin Starks shared with a photo of coach Luce.

Senior point guard Jacob Jones posted a simple “Thank you” with a photo of the two sharing an on-court moment.

“He brought winning back to Jeff, he’s one of the best guys I know, it doesn’t matter what other people have to say about him, I’m always going to have his back. I love the man,” said 2018 Jeff grad Bailey Falkenstein.

"He's more than a coach, he has helped me and my brothers throughout our careers at Jeff," Coleman said. "He was a mentor to me that allowed me to do things that I didn't know I could do myself. Seeing coach Luce leave is heartbreaking."

Luce, a Muncie native, has a .699 winning percentage in his high school basketball career which parallels with some of Indiana’s best of all-time. It’s an unfortunate divorce.

“The big thing you like to have is continuity. Kids know they’ll go through things in life. That’s what thing we try to teach them, what happens in sports happens in life. A situation like this happens, abruptly happens, but we have to step back and make sure these kids know we’ve got their back,” Miles said. “This team has a chance to make a little bit of a run.”

The good news is Jeffersonville is obviously a great opportunity for an ambitious and capable coach to take over. It’s up to athletic director Todd Satterly and the Greater Clark administration to find the person that’s the right fit for this team — and for the future.

Former Jeff assistant Sherron Wilkerson, like some others, might have been a better candidate had the opening come in the late spring. Wilkerson, who led Jeff to the 1993 state title while winning Mr. Basketball honors, took the head coaching job at Madison after coaching Shawe Memorial in 2018.

How about Matt Lynch? The former New Albany player and assistant coach is coming off an outstanding season at Tell City, going 21-6 last year with a sectional title and an upset of top-ranked Southwestern in the first round of regional play.

Looking to the past, former Jeff coach Mike Broughton — now serving as game director in the Indiana-Kentucky All-Star series — said he would welcome a discussion but “won’t officially apply.”

The new assistant on staff could be in the mix. Louisville native Chris Moore has more than 20 years experience at the collegiate level, mostly at the mid-major Division I level with stops at Bellarmine and IU Southeast mixed in.

“If he’s interested in being the head coach, we would look further at him as a candidate,” Satterly said. “At the moment, he’ll run our day-to-day operations while we’re in search of a head coach. We’ll look to fill as quickly as possible.”

The Red Devils still have the talent and I’m confident they’ll embrace change for what could be a great adventure this fall and winter.

Craig Pearson is the sports editor of the News and Tribune. He can be reached via email at craig.pearson@newsandtribune.com.

Should Indiana legalize use of marijuana?

States are all over the map — literally — when it comes to marijuana laws. States where use is fully legal — there are 11 of them, plus Washington, D.C. — jut up against neighboring states where lighting up a joint is criminal. So where does Indiana stand? CBD oil is OK, but that's it. How about our neighbors? Just days ago, the Kentucky House approved legislation to legalize medical marijuana. Michigan legalized use, including recreational, in 2018, followed by Illinois in 2019. Ohio has reduced criminal penalties and made it available for treatment of 21 medical conditions.

Sorry, there are no recent results for popular articles.