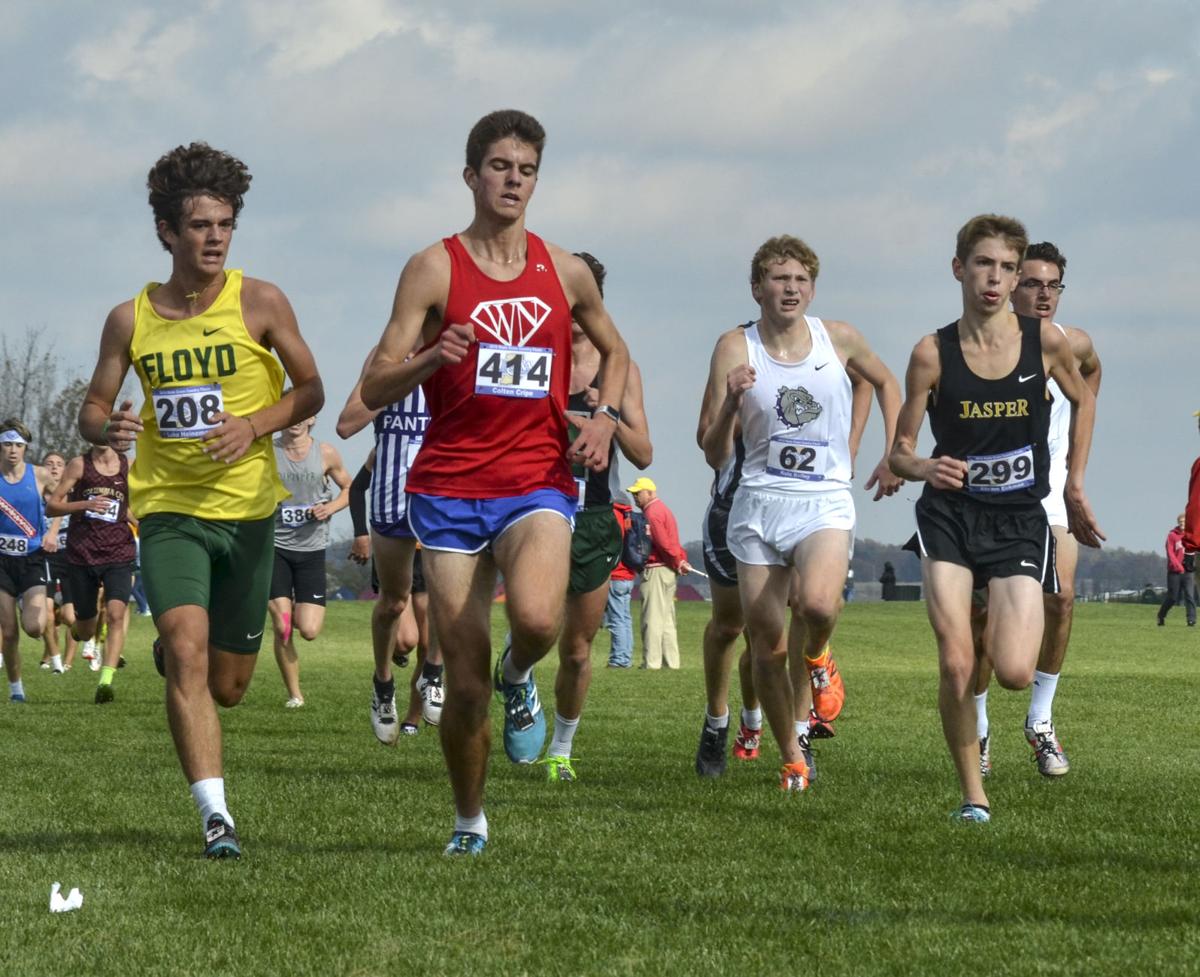 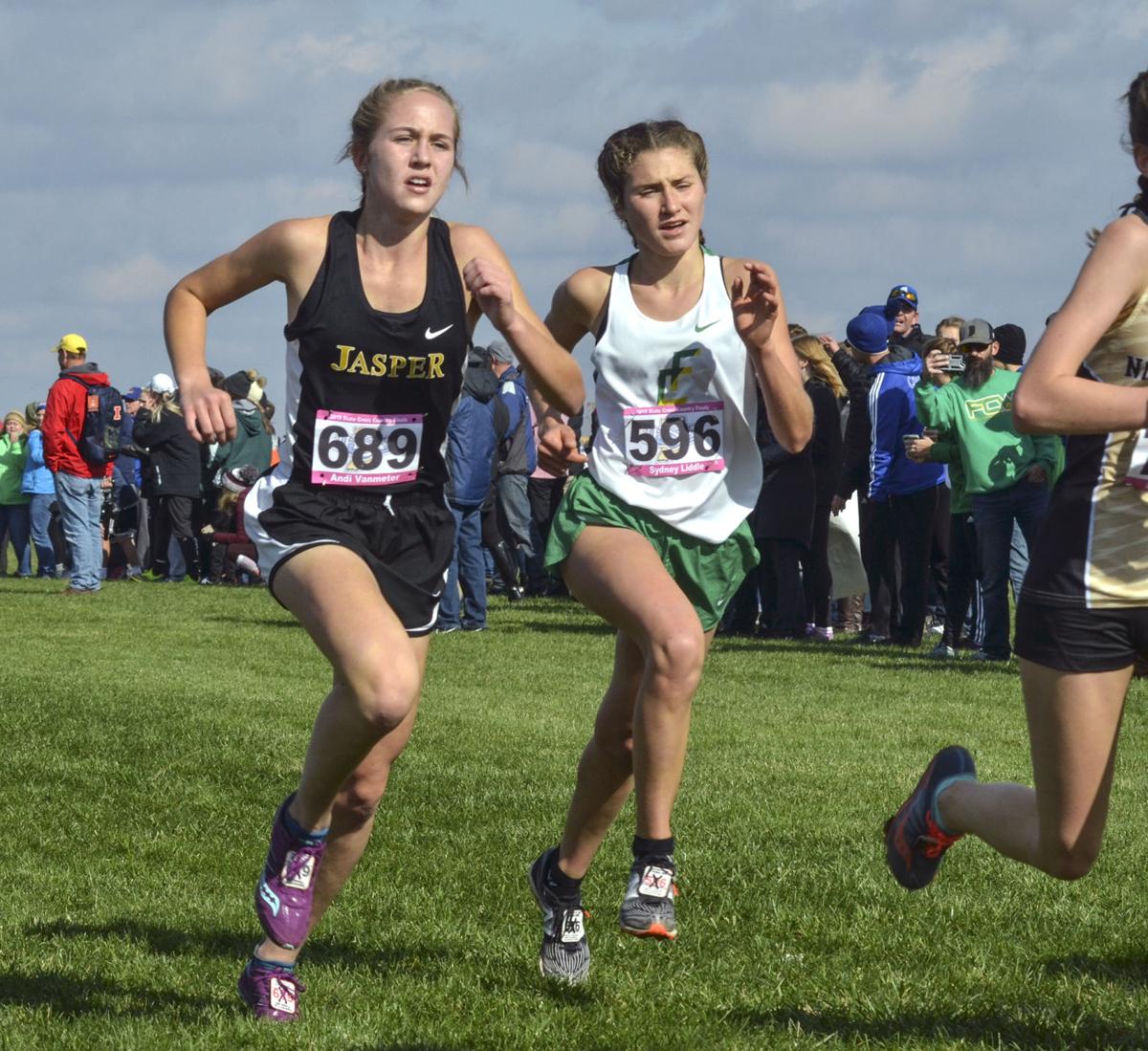 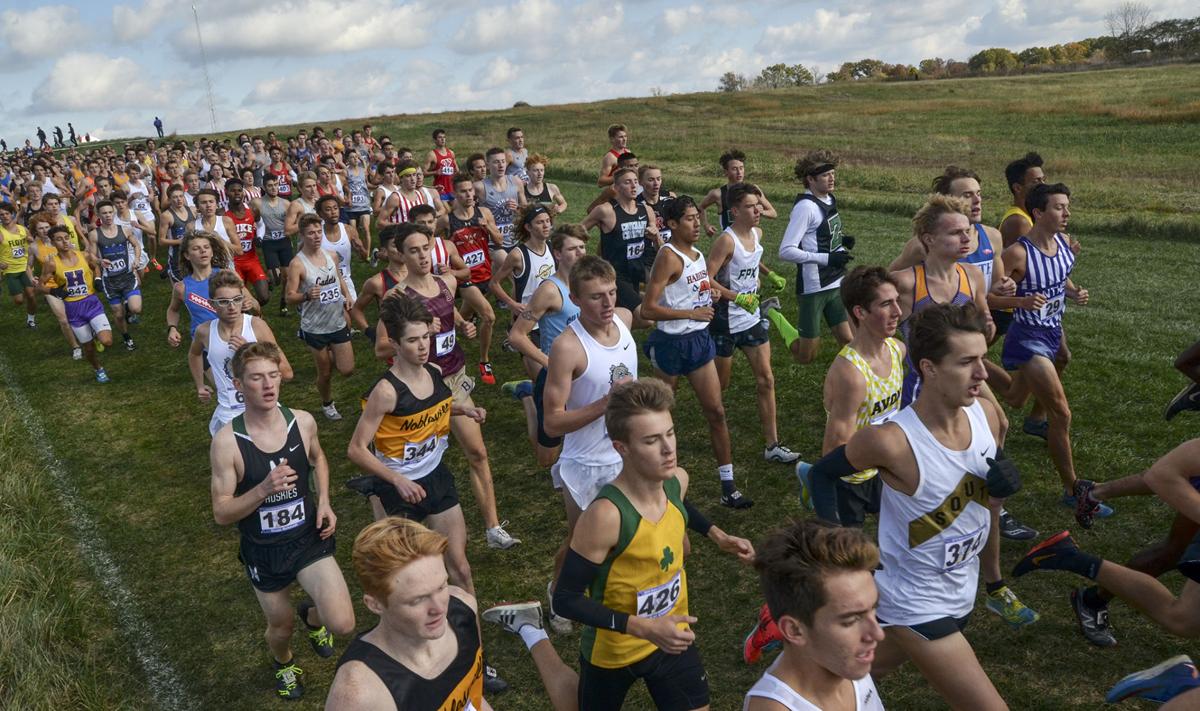 Around the bend: Runners make their way through the course during the boys' race of the IHSAA State Finals at LaVern Gibson Championship Cross Country Course on Saturday afternoon.

Around the bend: Runners make their way through the course during the boys' race of the IHSAA State Finals at LaVern Gibson Championship Cross Country Course on Saturday afternoon.

TERRE HAUTE — It was rough sledding for both Floyd Central teams Saturday at the LaVern Gibson Championship Cross Country Course.

Each Highlander squad finished 19th in the IHSAA State Finals at Terre Haute.

“It wasn’t a great day,” Floyd Central boys’ coach Tim Korte said. “We definitely walked away from that one not super happy with our performance.”

Floyd, which entered ranked 12th in the state, finished with 432 points on a crisp, cool afternoon.

“It was breezy and soft, but not bad,” Korte said. “Plenty of other teams ran just fine in it, we just didn’t. We’ll go back and look and see what happened.”

The Highlanders will lose Johnson and twins Luke and David Heinemann to graduation, but should return four of their top seven runners from Saturday next year.

“We walk away and we learn from it,” Korte said.

Fort Wayne Carroll placed three runners in the top 25 on the way to 101 points and its second straight state title. Zionsville was second (143) while Carmel (162), Fishers (192) and Columbus North (195) rounded out the top five. The Highlanders, who came in ranked 10th in the state, finished with 456 points.

Fort Wayne Dwenger senior Erin Strzelecki, last year’s runner-up, won the race in 17:22.9. Edgewood junior Annalyssa Crain, the winner of the Brown County Semistate a week before, was second in 17:44.5.

Floyd Central senior Sydney Liddle, who was second to Crain at Brown County, finished 51st in 19:13.7. Her younger sister Savanna, a freshman, was the second Highlander across the finish line in 20:02.7.

“I’m so proud of all our girls," Floyd Central coach Carl Hook said. "They absolutely raced with everything they had, and more, in the toughest race there is in tough conditions. Their effort was amazing and that’s how we measure our success.

"We were blessed this season and are grateful."

The Highlanders will lose Sydney Liddle, Conway and fellow senior Chloe Loftus, but should return four other runners from Saturday’s lineup next year.

Will your family take a vacation trip this summer?

Families typically look forward to summertime, when the kids are out of school and they all can pile in the car or board a plane en route to their vacation destination. This year, as we emerge from the coronavirus pandemic, some people may be more hesitant to spend money or venture too far. Others, however, are already packing their bags and making care arrangements for family pets.