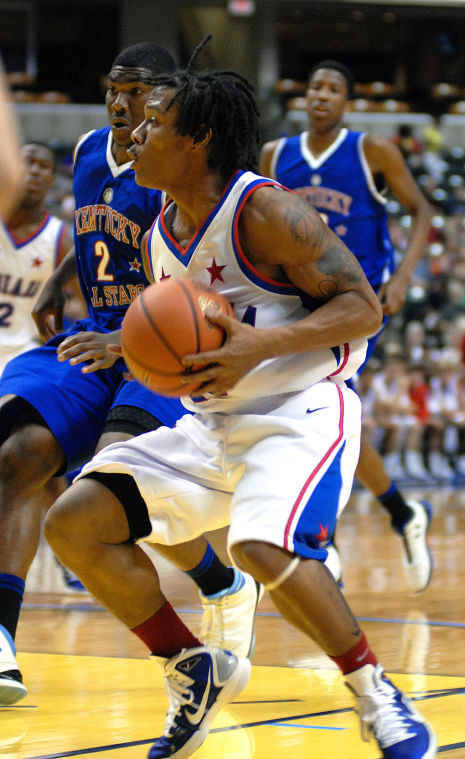 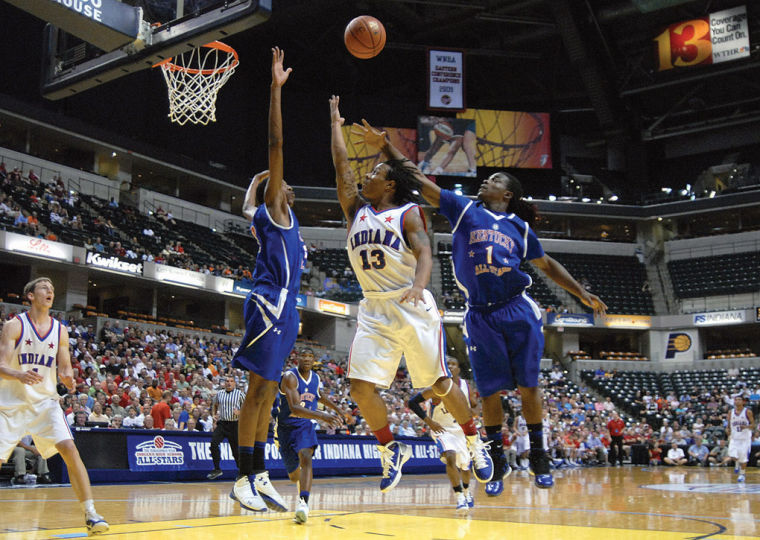 If this is Cody Zeller’s idea of “not doing much,” Indiana University has a lot to look forward to.

“It didn’t seem like I had that many points, because I felt like I was just laying it in,” the 6-foot-11 center said. “I had easy baskets the whole night.”

“I knew he was good, but I just didn’t know he was this good,” he said. “He’s a complete basketball player.”

“My God, Zeller, Dawson and Teague, no wonder they’re McDonald’s All-Americans,” Drury said. “I give them a lot of credit. They really played out there.”

It was another rough night for Anthony Hickey, Kentucky’s reigning Mr. Basketball. The LSU recruit had six points on 2-for-10 shooting after scoring 19 points on 6-for-18 shooting on Friday.

“I couldn’t hit a shot, so I started distributing it and trying to get everybody else open,” the quick 5-foot-10 guard said.

Kentucky led 42-40 at halftime, but Hackett rallied his Indiana squad by reminding them that only Zeller and Bloomington South’s Darwin Davis ended their high school seasons with state titles.

“Everybody else in that room, coaches included, we had lost the last game of the season,” he said. “So we talked about it at halftime, let’s everybody end their high school careers tonight with a win and we can all walk out of here winners. We wanted to go out winners, all of us.”

Ironically, it was the player who had won more than anyone else — three-time state champion Zeller — who was the main catalyst in the early second-half run. He had seven points, six rebounds, two assists and a steal in the first six minutes of the second half to help give Indiana the lead for good.

A baseline fadeaway by Xavier-bound Darwin Davis, Jr. of Bloomington South gave Indiana a 55-48 lead and forced a Kentucky timeout.

Zeller recovered a loose ball and found Justin Gant under the hoop for a two-handed power-dunk that gave Indiana a 65-52 lead.

For Zeller, it was a fitting final touch on a great prep career.

“It hasn’t really hit me yet, but I think when I start at IU next week, it will kind of click that I’m not in high school anymore.”