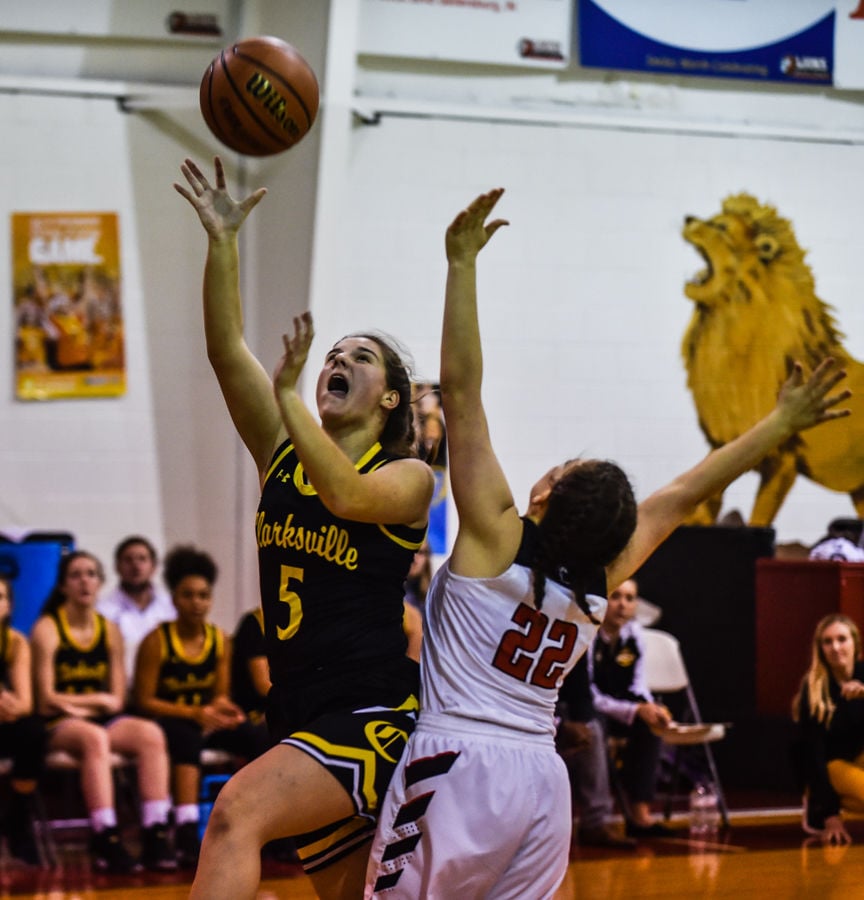 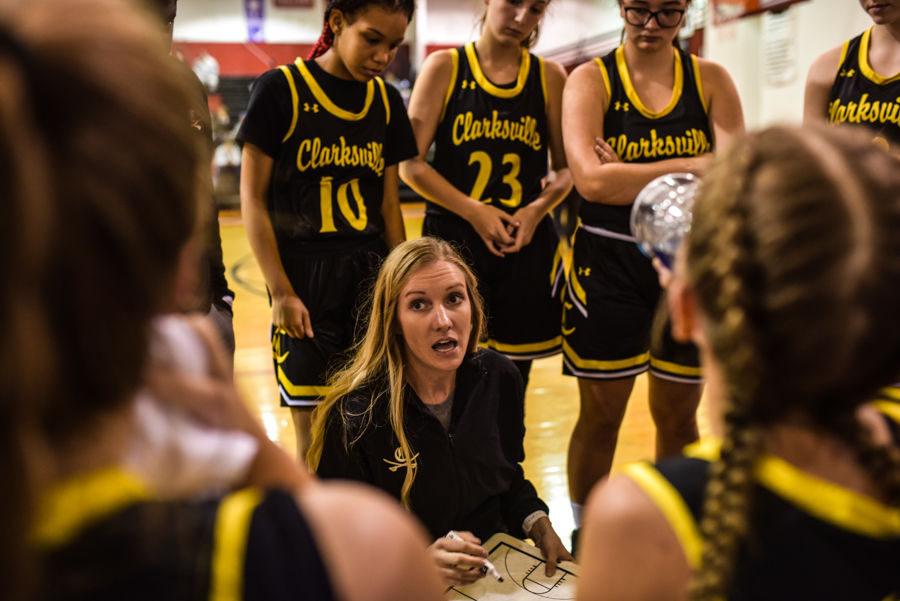 Clarksville head coach Shelby Gliebe talks with the Generals during a timeout on Tuesday. 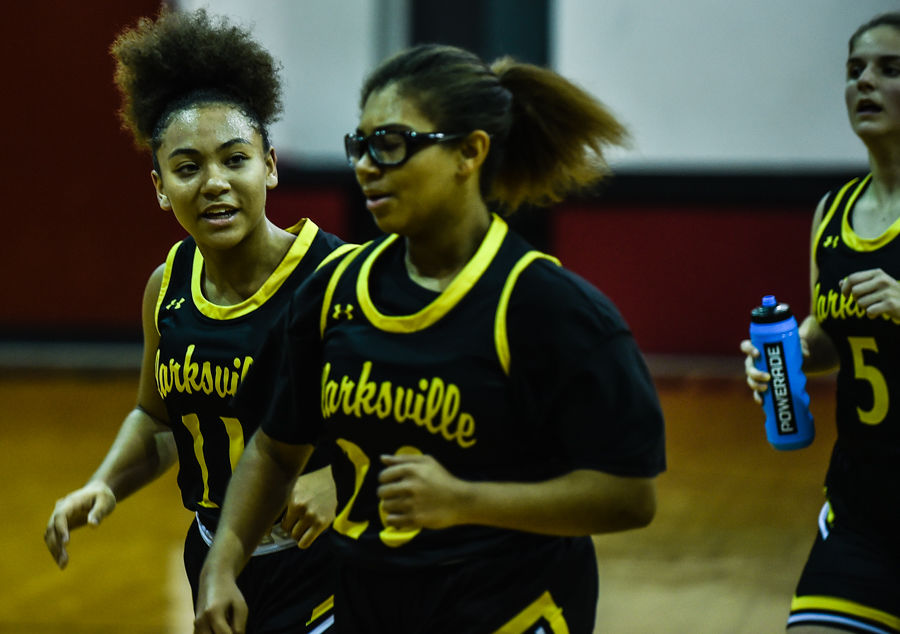 Clarksville's Emma Winsor (11) and Kylie Perez (23) share a smile as they head toward the locker room for halftime during their game against Rock Creek. 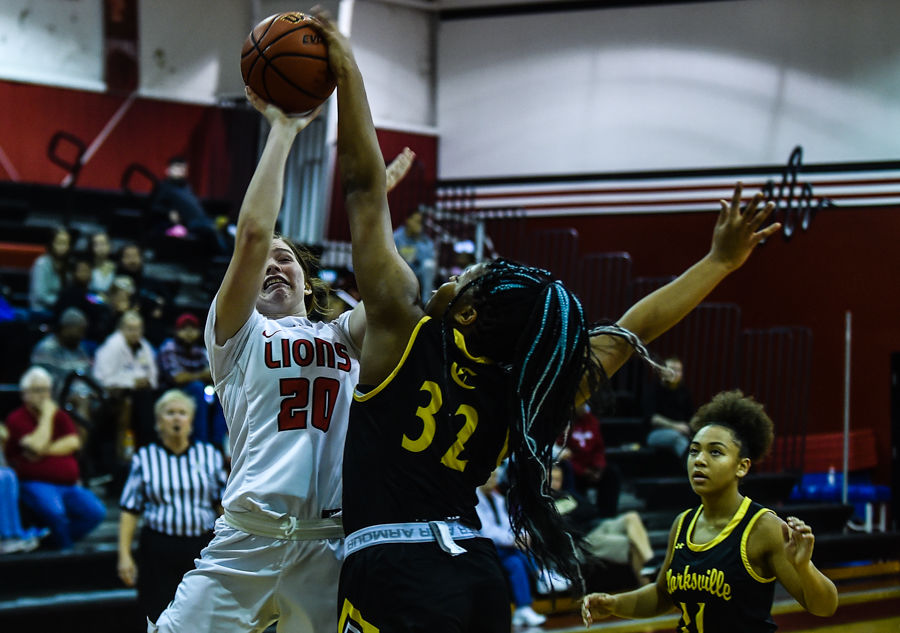 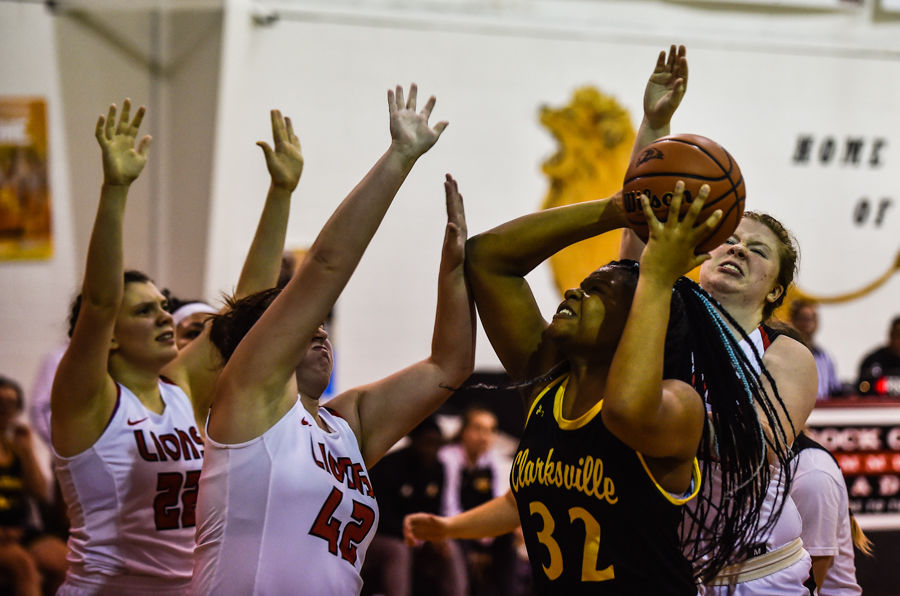 Clarksville's Jasmine Walker takes the ball up against the Rock Creek defense during the Generals' win on Tuesday. 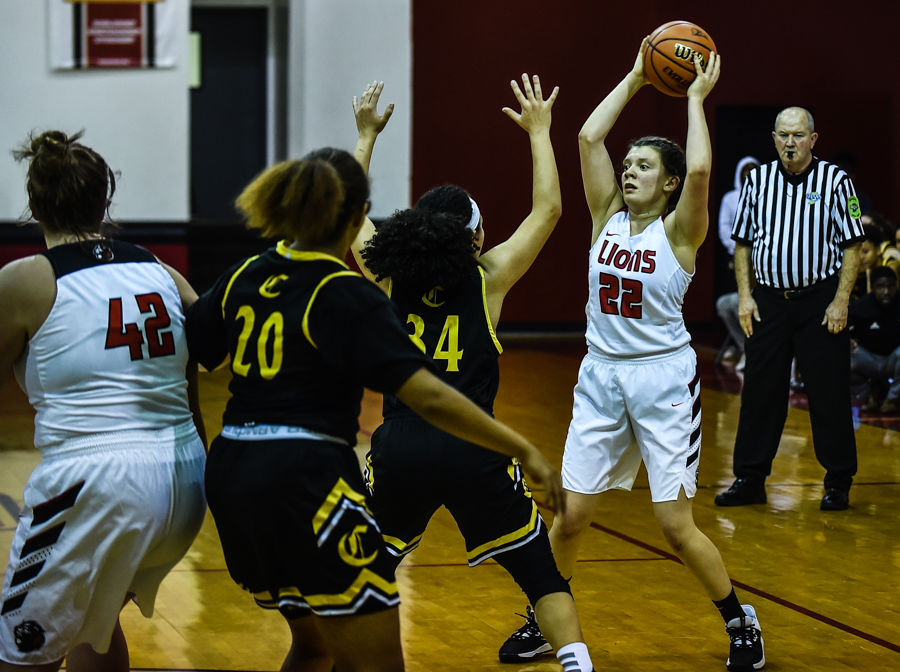 Clarksville head coach Shelby Gliebe talks with the Generals during a timeout on Tuesday.

Clarksville's Emma Winsor (11) and Kylie Perez (23) share a smile as they head toward the locker room for halftime during their game against Rock Creek.

Clarksville's Jasmine Walker takes the ball up against the Rock Creek defense during the Generals' win on Tuesday.

SELLERSBURG — Heading into Tuesday's game at Rock Creek, the Clarksville program was approaching two calendar years since its last win — a Dec. 5, 2017 victory at Shoals.

But first-year coach Shelby Gliebe got her squad to victory in her fourth game on the bench, ending the program's losing streak at 40 games. The Generals led 26-0 at halftime and 48-1 after three quarters on their way to a 61-5 triumph over the host Lions.

Senior post player Jasmine Walker had eight of her 14 points in the first half and Daevona Miles knocked down two second-quarter 3-pointers as the Generals' offense came alive after a sluggish first quarter.

"I'm excited for them that they did get a win so they can have a taste for what it feels like. Still, we have a lot of work to do. Some of these girls have never won anything, even in middle school," Gliebe said. "It's good to get them in the win column and get some confidence as we go into the next couple weeks."

Senior guard Mackenzie Spalding had a game-high 17 points, converting several steals into points and also setting up teammates for multiple scores as well.

"I'm happy with how we played. We executed well. Coach told us our hard work was going to pay off — we didn't know it was gonna pay off tonight," she said. "It feels good, hopefully we'll pick up some more and keep pushing and getting better every day. [Coach is] pushing us hard every day in practice and making us better."

Gliebe, who starred at South Central during her prep days, is looking to build a winning program. She'll only have these seniors for this season but they'll be important in setting the tone for the future.

"Kenzie is the one we're going to lean on a lot," Gliebe said of Spalding. "She's ready to get some wins. She's a good leader, she leads by example. The girls kind of go when she goes."

Clarksville (1-3) has two weeks to prepare for a tough stretch of games that begins with a Nov. 30 trip to Corydon Central before facing Silver Creek and Crawford County.

"We'll focus on learning how to rebound better, learning to execute the offense how we want it to be executed," Gliebe said.

There's also something else the Generals hope to work on.

"A bond," Walker said. "We have a bond, but a better bond. It feels good to actually be a part of the win and to help cheer my teammates on. It just feels good."