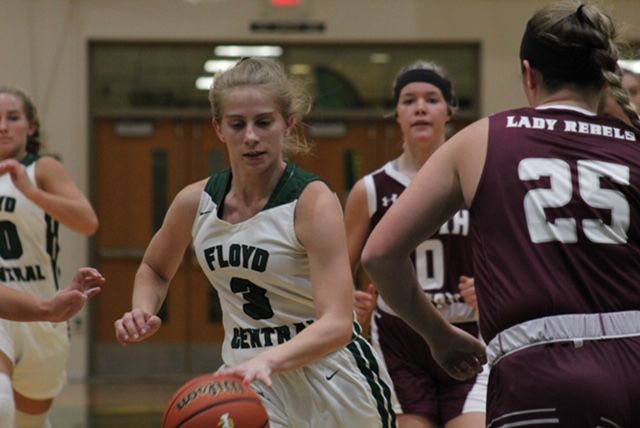 Kalissa Fosskuhl on the move. 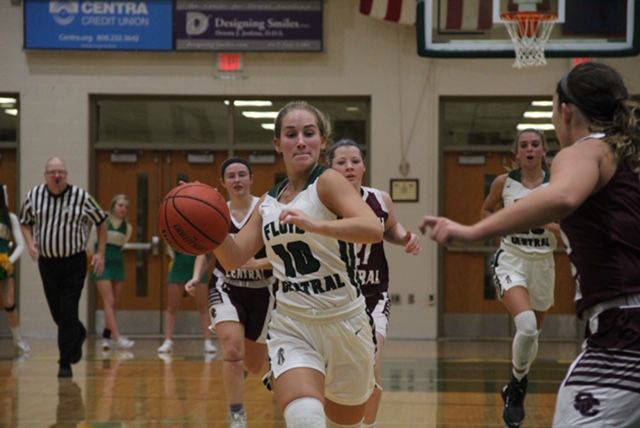 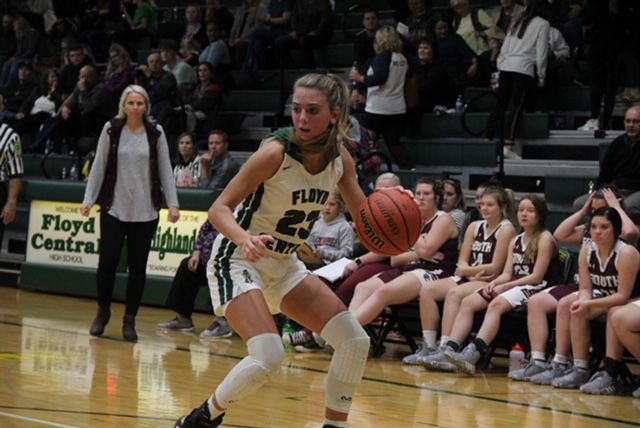 Grace Suer looks for room to work against South Central. 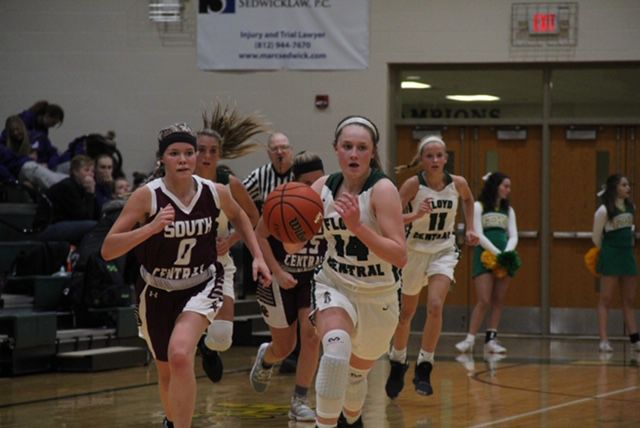 Floyd Central freshman Mandy Hess pushes the ball up the court during the Highlanders’ 57-21 win over South Central on Wednesday night. 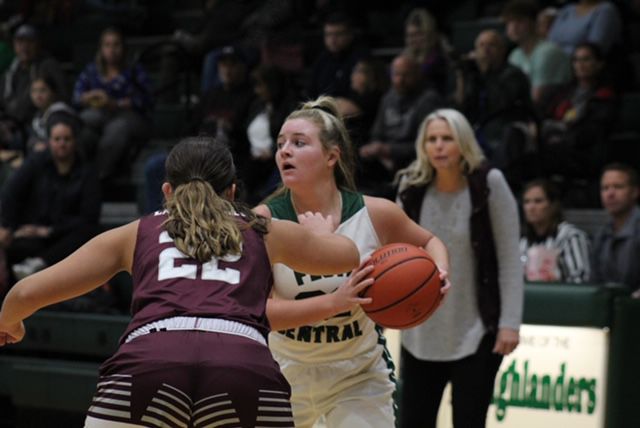 Kalissa Fosskuhl on the move.

Grace Suer looks for room to work against South Central.

Floyd Central freshman Mandy Hess pushes the ball up the court during the Highlanders’ 57-21 win over South Central on Wednesday night.

FLOYDS KNOBS — Host Floyd Central outscored South Central 16-0 in the second quarter on the way to a 57-21 win in the season-opener for both Wednesday night.

In the opening minutes an active defense helped the Highlanders overcome a slow start on offense.

Trailing 3-2 midway through the first quarter, Floyd forced four turnovers that helped push the Highlanders to a 9-3 lead after a put-back by junior guard Sophie Gasaway at the 1-minute, 25-second mark.

“I would say jitters and the team has to find itself,” second-year Floyd coach Randy Gianfagna explained of his squad's stagnant beginning. “It was a struggle, [but] our defense did lead to our offense.”

A 3-pointer by freshman guard Mandy Hess made it 12-3 inside the final minute before South Central’s Lily Boley answered with her second 3 of the quarter. The Rebels would get no closer.

Floyd Central’s defense continued to generate offense. Two forced turnovers were converted into a 3-pointer and a 2-pointer by Keegan Kaiser to make it 17-6 with 4:35 left in the half. Kaiser followed that up with a steal before assisting a fast-break basket by 5-11 junior forward Grace Suer. Suddenly the Highlanders were rolling.

“Once you make a couple of shots, get a couple of steals, you get a little bounce in your step,” Gianfagna said of his team’s second-quarter surge.

Senior guard Kalissa Fosskuhl stepped up after that. Her fast-break field goal and old-fashioned three-point play made it 24-6.

Floyd Central closed out the half with four consecutive points — a field goal and two free throws — from 5-10 freshman forward Callie Jo Celichowski to take a 28-6 lead into halftime.

There was no slow start in the third quarter for the Highlanders, who quickly squelched any ideas of a comeback by the Rebels.

A pair of fast-break layups by Suer, followed by a 3-pointer from Fosskuhl, made it 35-6 2 minutes into the quarter.

Gasaway would add a 3-pointer midway through the fourth to push the lead to 40 (52-12), and the Highlanders' slow start was but a memory.

For the game, Kaiser scored 15 points, Suer 11 and Fosskuhl 10 for the Highlanders, who hit eight 3-pointers.

Boley had four 3-pointers and finished with 14 points to pace the Rebels, who did not make a 2-point field goal the entire game.

Next up, Floyd Central visits Columbus East for a Hoosier Hills Conference matchup at 1:30 p.m. Saturday.