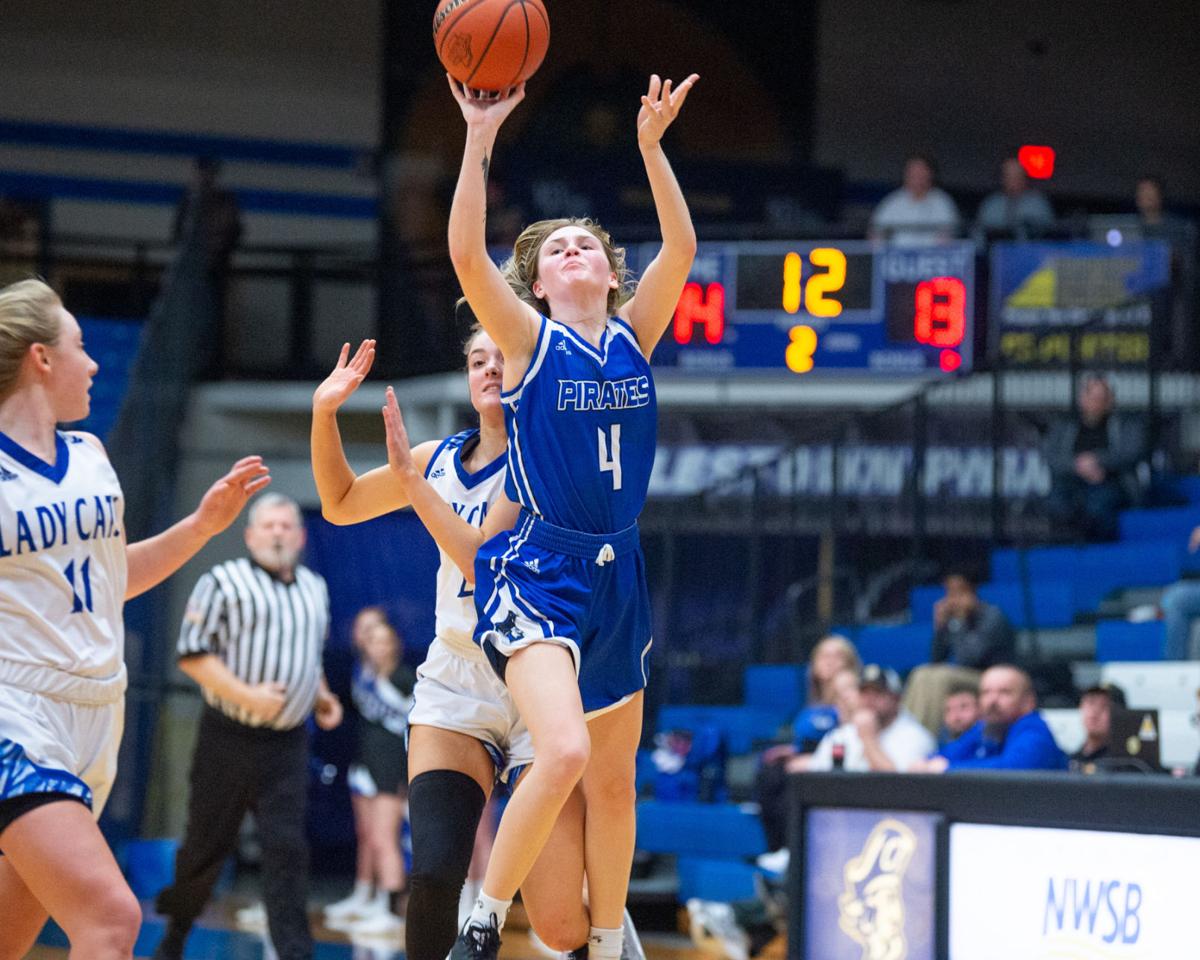 Charlestown’s Skylar Cochran puts up a shot during last season’s sectional game against North Harrison. The senior is one of two returning starters for the Pirates, who started their season with a 57-45 win over Madison this past Saturday night. 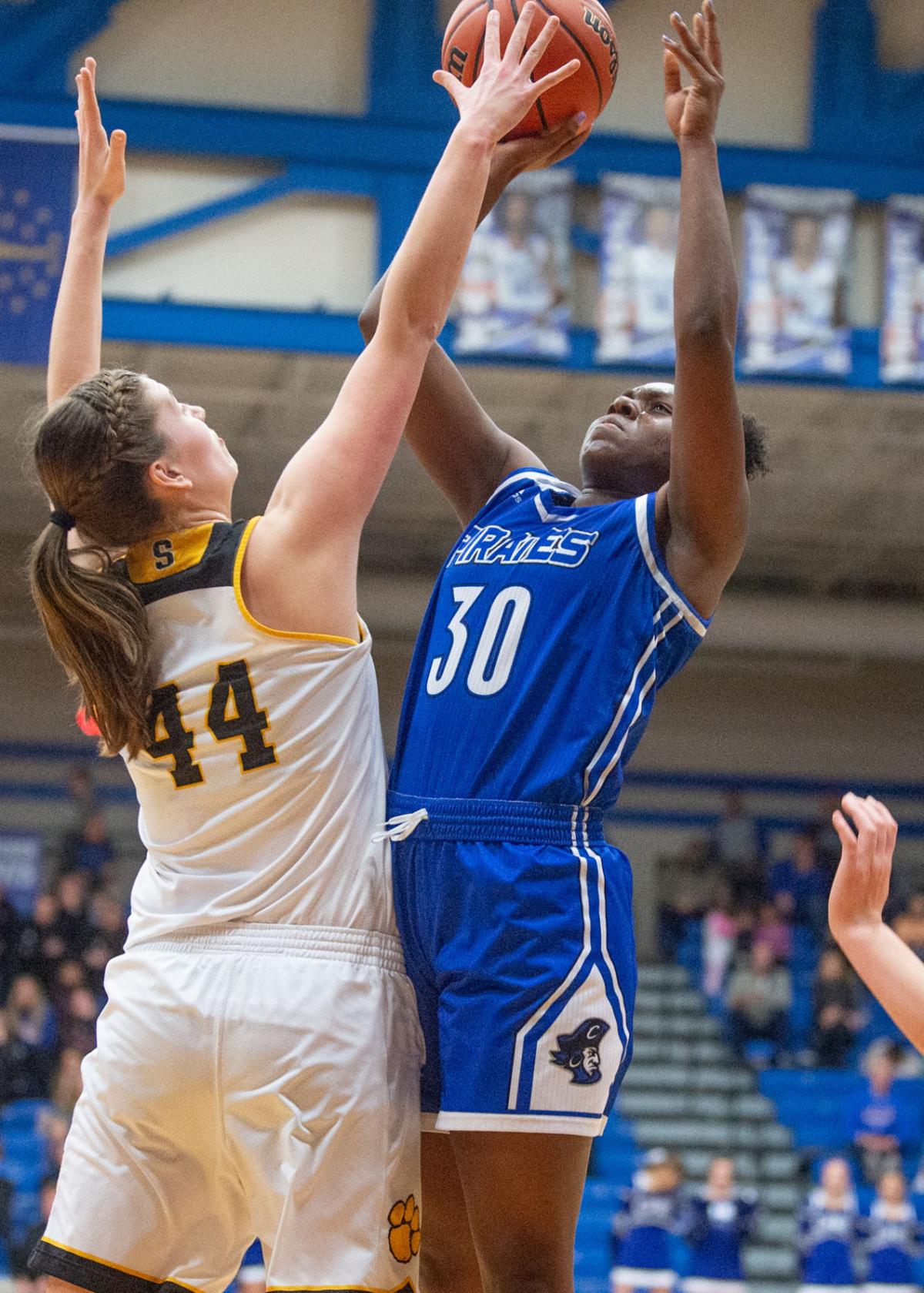 Charlestown’s Demaria King puts up a shot during the Pirates’ game against Salem in last season’s sectional semifinals. King is the team’s top returning scorer and rebounder (8.1 ppg, 7 rpg). 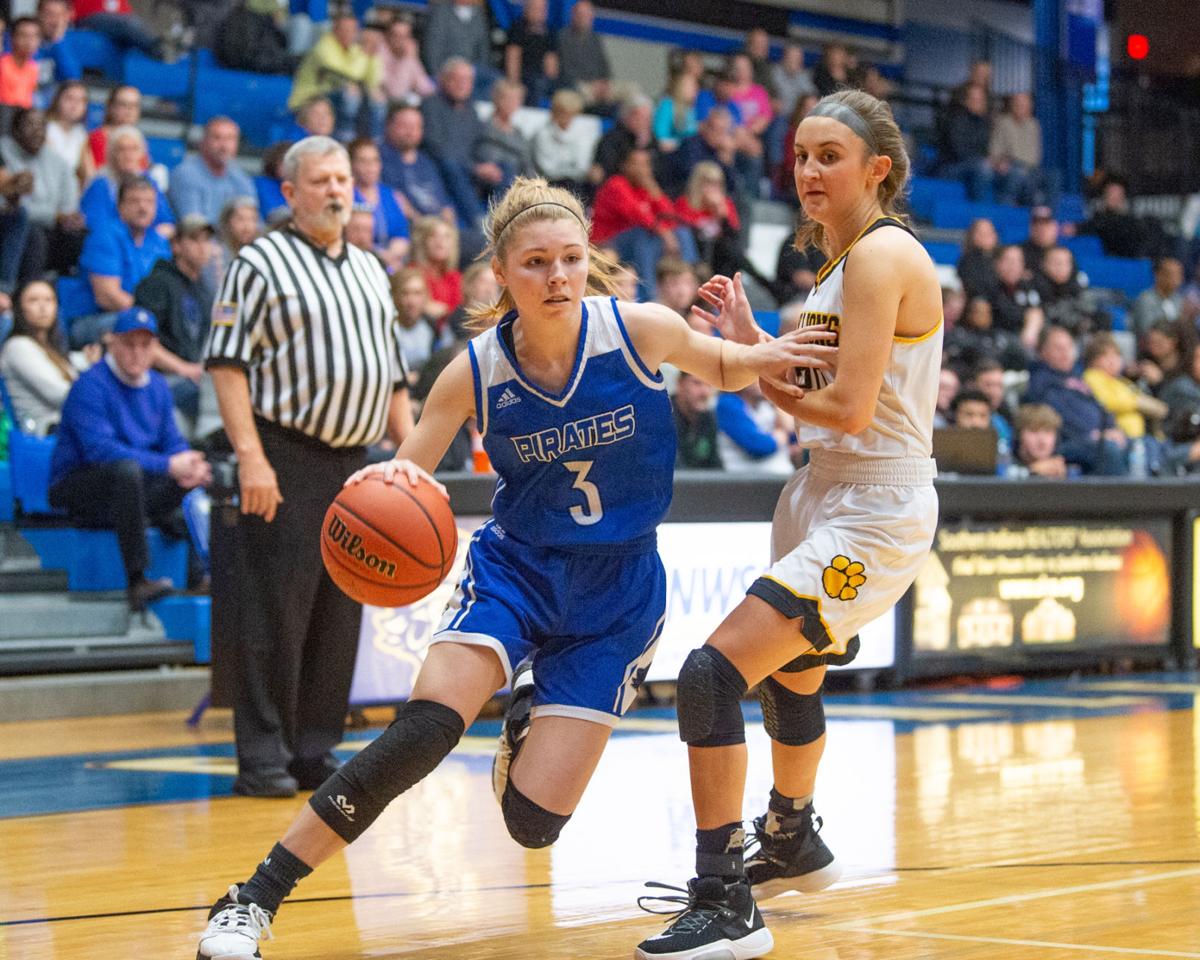 Charlestown’s Laney Hawkins drives to the basket during the Pirates’ 42-34 loss to Salem in the Class 3A Charlestown Sectional semifinal last season. The 5-foot-7 sophomore guard averaged 5.2 points and 2.4 rebounds a game as a freshman.

The Pirates aim to make it eight straight in spite of the graduation of their top two scorers, and three starters, off a team that went 14-11 last season, which ended with a 42-34 loss to eventual Class 3A state runner-up Salem in the Charlestown Sectional semifinals.

The cupboard isn’t bare, though.

“We’re really going to lean on Skylar and Demaria a lot,” Matthews said. “Skylar and Laney’s roles have, obviously, changed too. They’re going to be ball-handlers and decision-makers and their play is going to determine the outcome of the game.”

“They’re good players and I’ve spent a lot of time with that group,” Matthews said.

Coleman, a 5-10 wing, and Nipper, a guard, started the season-opener against the Cubs while Moore, a 5-9 wing, was the first player off the bench.

“I like our team. I like our kids. We’ll try to find a way to be competitive,” said Matthews, whose team allowed 36.2 points per game — the fewest since the 2004-05 squad that advanced to the semistate — last season. “We’re going to rely on our ball-handling, our defense and our chemistry, that’s going to be our cornerstone.”

CHARLESTOWN AT A GLANCE

• 2019-20 in review: The Pirates got off to a slow start, losing their first three games, but quickly rebounded, winning five of their next six. They won four of their final five regular-season games before ousting North Harrison in the first round of the sectional. Charlestown's season ended with a 42-34 loss to eventual Class 3A state runner-up Salem in the sectional semifinals.

• Season outlook: The Pirates return two starters and their top reserve from last season, plus they welcome in a talented freshman group. They'll have a very good shot at their eighth straight winning season.