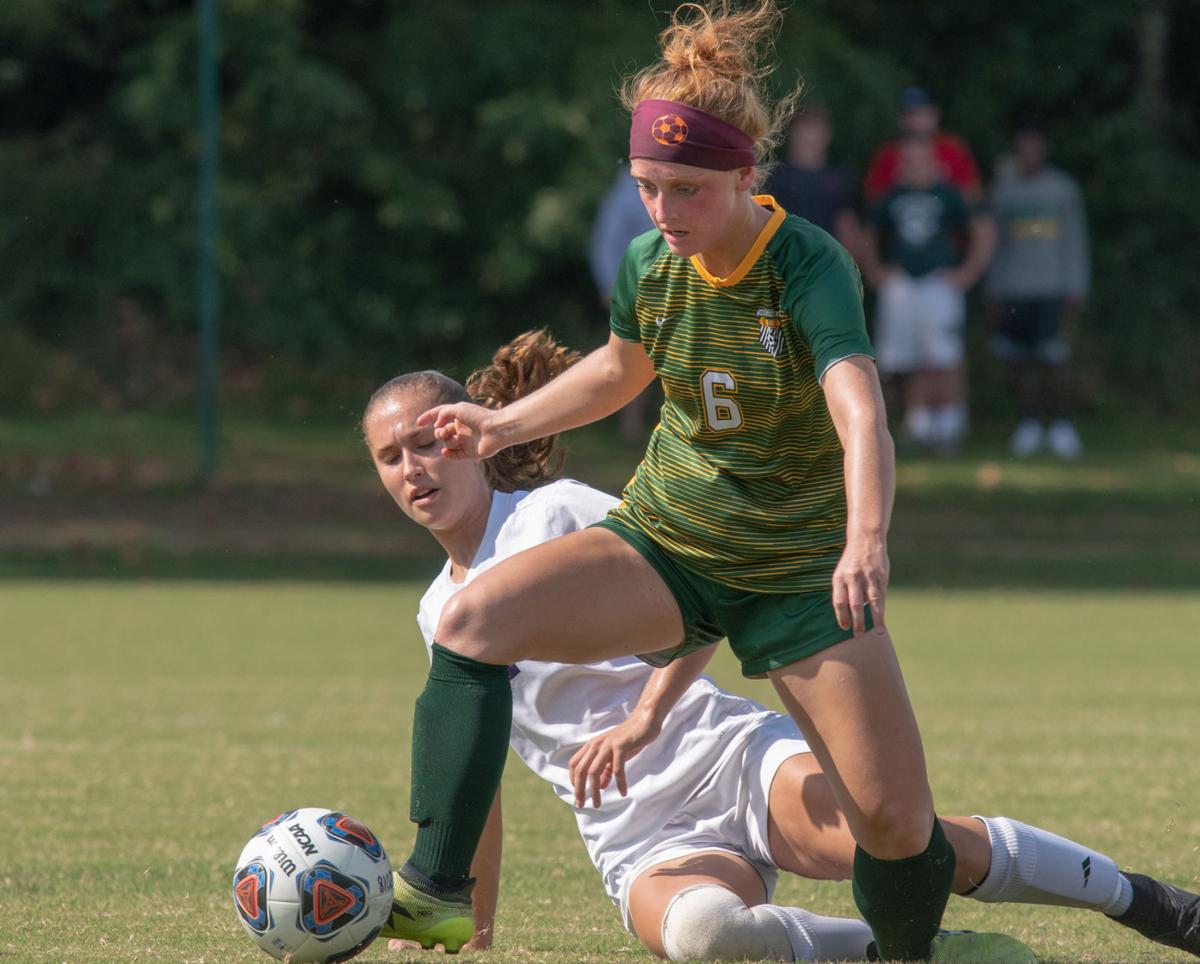 Floyd Central’s Audrey Brumfield controls the ball during the Highlanders’ 2-1 victory over Seymour in the Class 3A Floyd Central Sectional final on Oct. 6, 2018. Brumfield is a finalist for NTSPY Girls’ Soccer Player of the Year. 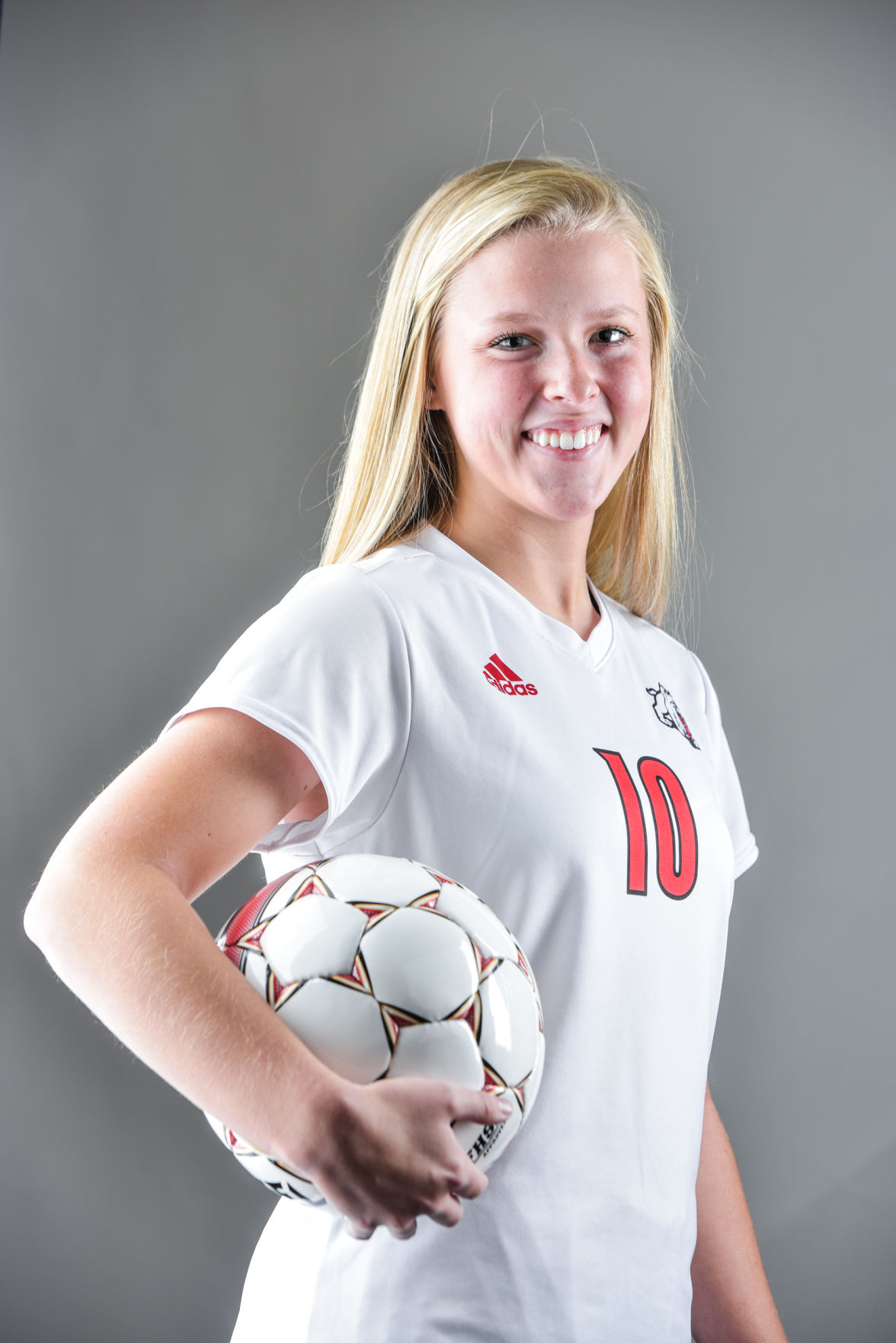 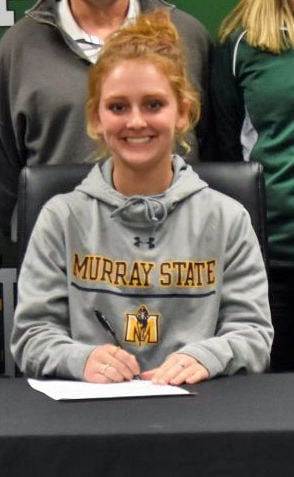 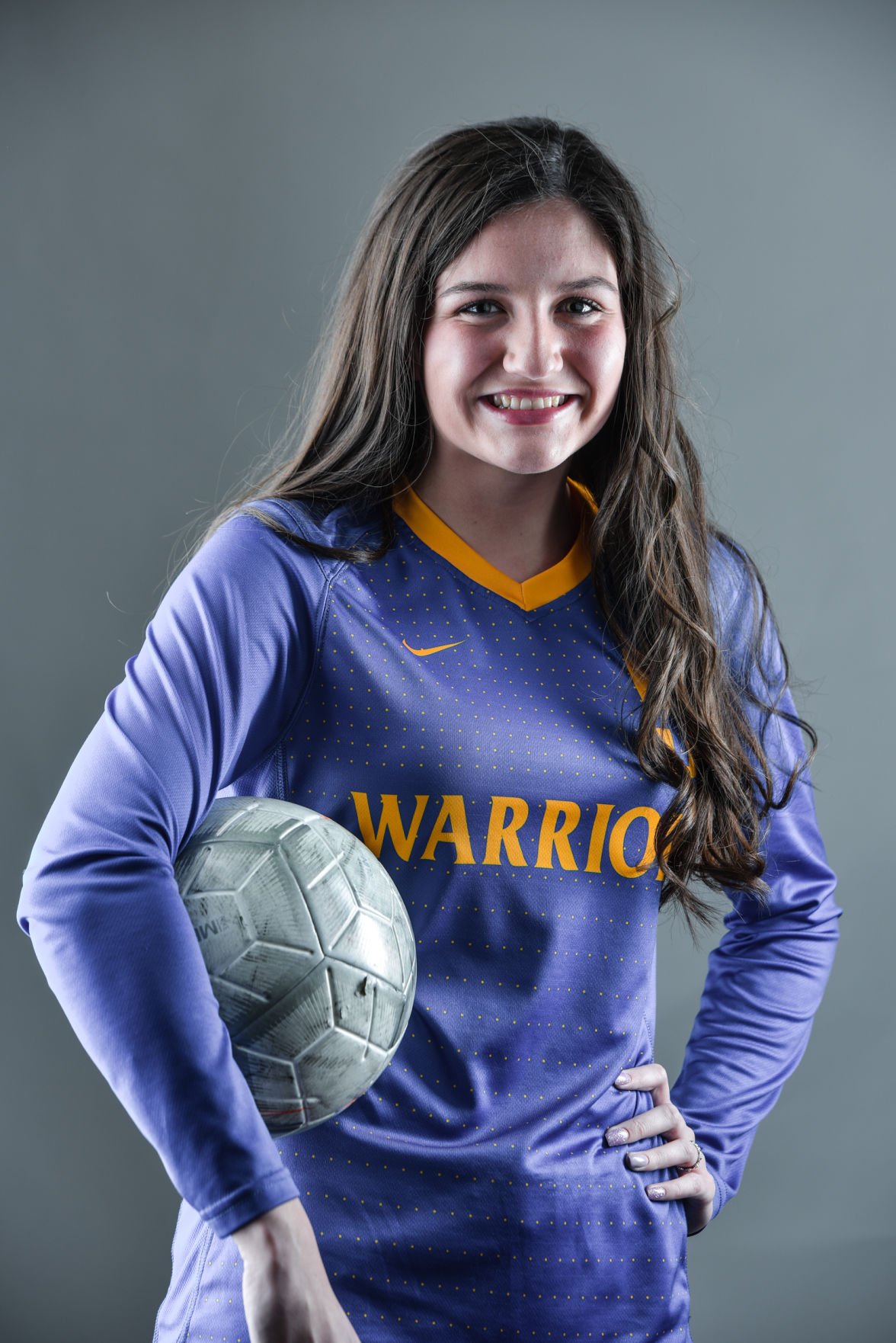 Floyd Central’s Audrey Brumfield controls the ball during the Highlanders’ 2-1 victory over Seymour in the Class 3A Floyd Central Sectional final on Oct. 6, 2018. Brumfield is a finalist for NTSPY Girls’ Soccer Player of the Year.

One recent graduate, one senior and one junior will vie for the title of News and Tribune Sports Performance Yearly (NTSPY) Girls’ Soccer Player of the Year.

Audrey Brumfield, who graduated from Floyd Central at the semester break, Christian Academy senior Reilley O’Loughlin and New Albany junior Grace Barber are the three up for the honor.

The winner will be announced at the NTSPY Awards on June 16.

After posting team-highs in goals (13) and points (30) as a sophomore while playing alongside her older sister, Logan, Barber had an even better junior season for the Bulldogs.

Once again Barber topped the team in goals (19) and points (43) while also ranking third in assists (five).

“It was really good,” the midfielder said of the 2019 campaign. “It was our best season I think we’ve had [in awhile]. … We scored the most we have in like five seasons. We had super-high goals and we met them. Unfortunately it didn’t happen in sectionals, but it was still a really good season and I was really pleased with everyone and how they did.”

New Albany went 9-3-2 this past season, which concluded with a 3-0 loss to archrival Floyd Central in the sectional. Bettering that finish will be one of the goals for next season, according to Barber.

“The goal is definitely sectional, just to win it and make it to regionals and go far. And, beat Columbus East and FC and the big rivals and win conference, those are the main ones,” she said.

Barber plans to play soccer in college, although she’s not sure where yet.

“I’m in contact with a couple coaches,” she said. “In the near future I’ll be committing, but I can’t say where yet.”

The midfielder followed up a very good junior campaign, in which she posted 15 goals, eight assists and 38 points, with an even bigger senior season.

“My senior season was good,” she said. “It was different. I was always used to having seniors to look up to, but being a senior it was something to adjust to. We had good team chemistry.”

Brumfield was one of three team captains for Floyd.

“I felt like as team captain I tried to put a lot of emphasis on being welcoming toward the underclassmen and them being part of the team,” she said. “Especially the freshmen, we wanted to make them feel welcome and show them [what to do].”

Brumfield played an even larger role after classmate, and reigning NTSPY Player of the Year, Katie Yankey suffered an injury in the preseason and missed almost the entire regular season. Through Floyd’s first nine matches, Brumfield tallied 11 goals, five assists and 27 points.

“We definitely had to adjust to that because Katie’s a really great player and she brought a lot to our team,” Brumfield said. “I’m glad we had her back for the end of the season.”

“That was really exciting for a lot of the girls. I wasn’t able to be a part of the first two sectional titles, so it was exciting for me too,” Brumfield said.

Brumfield signed with Murray State, graduated early from Floyd and is now a freshman at the school in southwest Kentucky.

The midfielder had a sensational senior season for the Warriors, totaling 16 goals, 14 assists and 46 points en route to becoming the program’s all-time leader in assists and fifth in scoring.

“My senior season went really well,” she said. “I really had to step up this year, though, because in the past we’ve always had other club players on the team. This year [though] it was down to me and one other girl, so I really had to step up and lead my team this year, which was a really exciting time for me and it went really well. I was able to get some new girls to join the team and we did really well overall.”

The season had several highlights for O’Loughlin.

“I scored on Senior Night, and that was a really big moment for me because I’ve watched our program grow since I was in fourth grade. I’ve watched all the girls on the team and all their Senior Nights and how emotional and what a big deal it was, so being able to score and carry on that tradition was a big deal,” O’Loughlin said. “Another big moment was I was able to break the assist record this year, which was huge to me because I knew the girl [Brittany Albert] who set it so many years ago. I looked up to her and watched her play all those years. Then I also moved into top-five scoring with those girls that I watched for so long too, so it was a really special year for me.”

O’Loughlin is undecided on where she will play college in soccer, but knows that she will major in biochemistry.

“I hope to go on to become a pediatric oncologist,” she said.

What do you like best about working from home?

Many people are working from home these days, sent packing by their employers as the U.S. and nations around the world try to blunt the rise of coronavirus cases, having now reached pandemic numbers. We all could use the infusion of some happier musings, so think about the upside of working from home and let us know which of these silver linings fits you best.