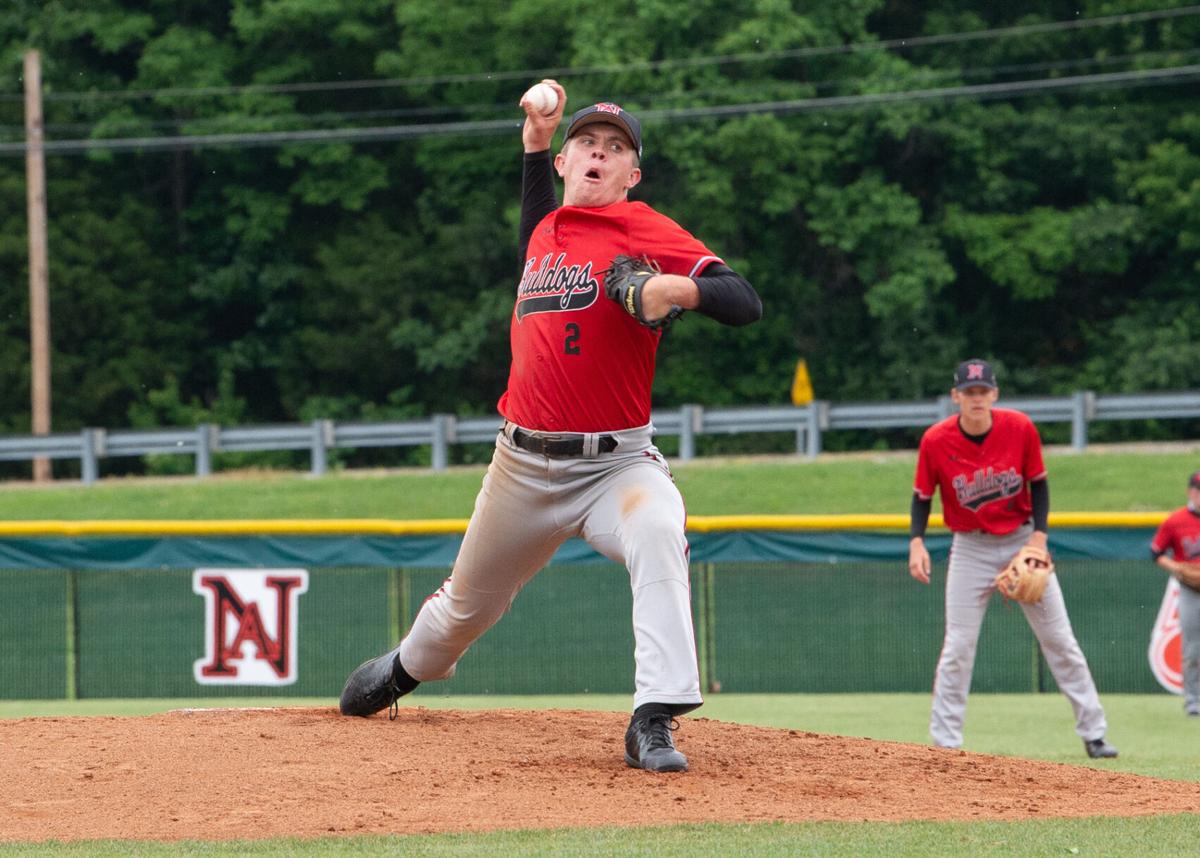 New Albany starting pitcher Tucker Biven fires a pitch during the Bulldogs’ 1-0 loss to Floyd Central in the Class 4A Floyd Central Sectional semifinal on May 30. Biven, who was 5-1 with two saves and a 1.56 earned-run average on the mound, was named All-State by the Indiana High School Baseball Coaches Association. 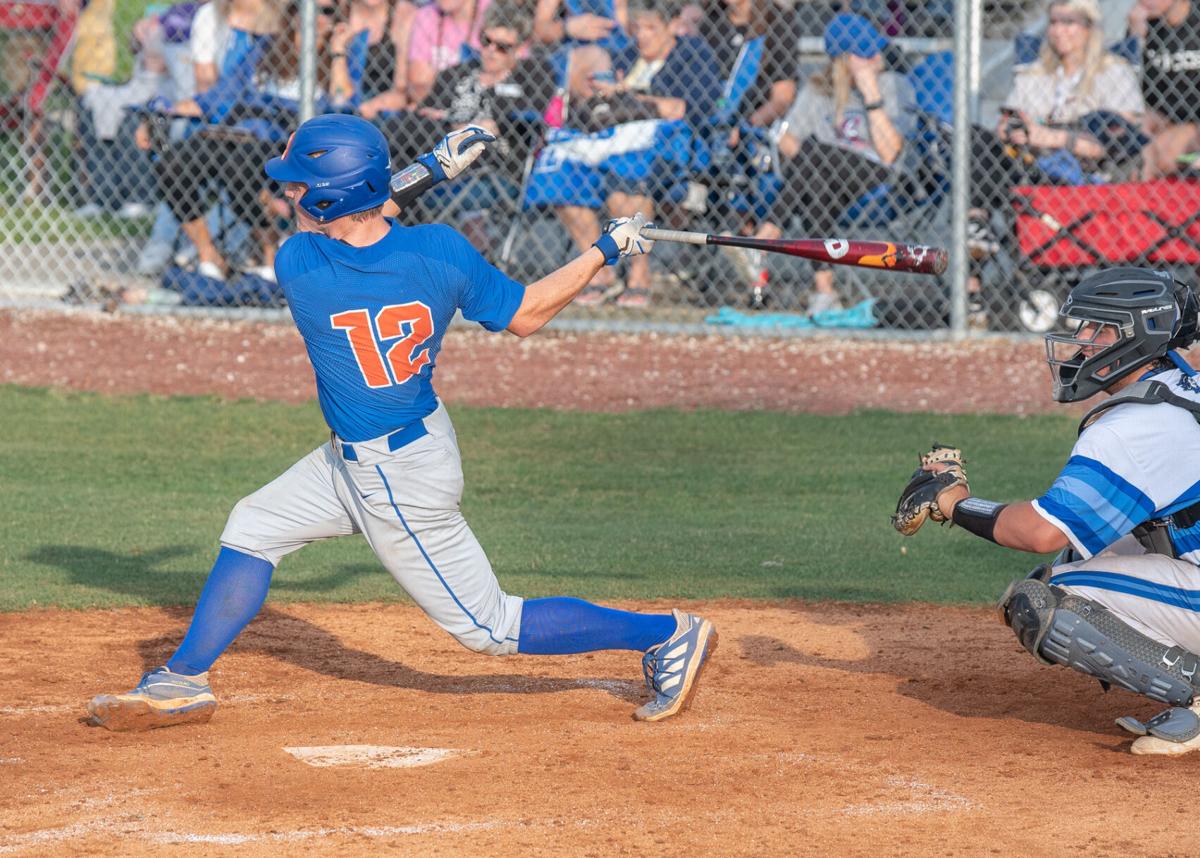 Silver Creek’s Dominic Decker takes a rip at a pitch during the Dragons’ 9-0 victory over Charlestown in the first round of the Class 3A Silver Creek Sectional on May 26. Decker hit .410 with four doubles, three triples, one home run and 21 RBIs this past season while scoring a team-high 36 runs and steals 36 bases in 38 attempts. 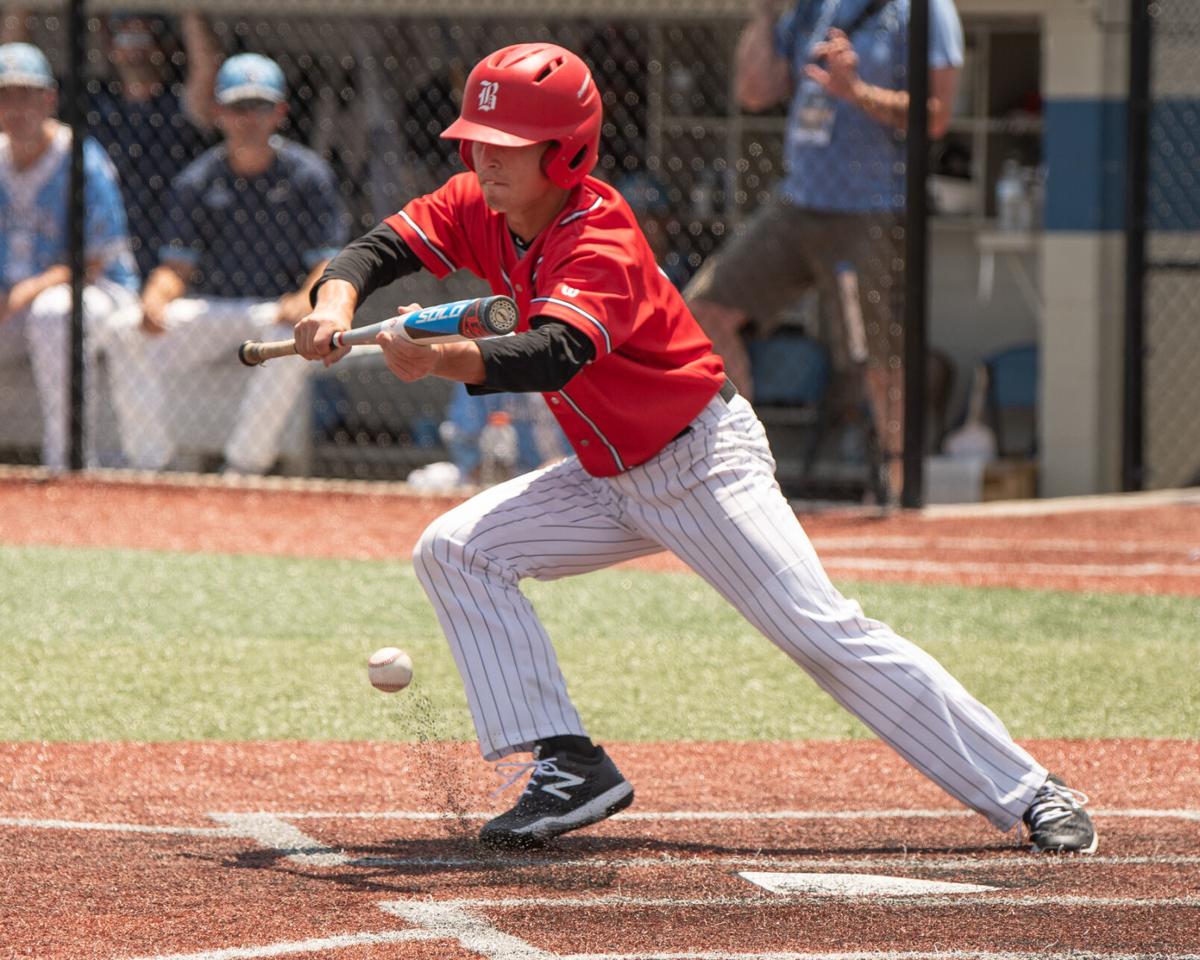 Borden senior Sam Gasper attempts to lay down a bunt during the Braves’ 11-1 loss to Shakamak in the Class A Mooresville Semistate championship on June 12. Gasper, who hit .318 with seven doubles and a home run while driving in 23 and scoring 30 runs, garnered All-State honorable mention from the Indiana High School Baseball Coaches Association. 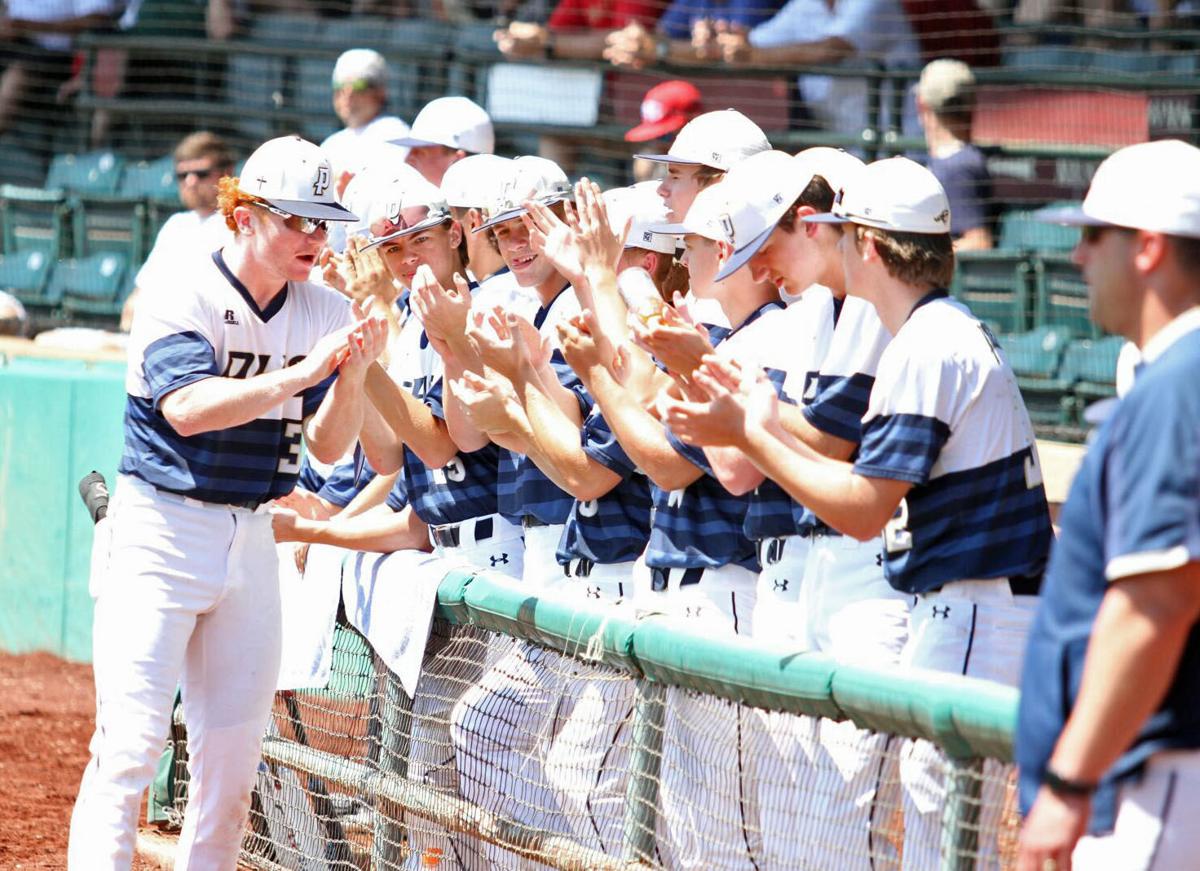 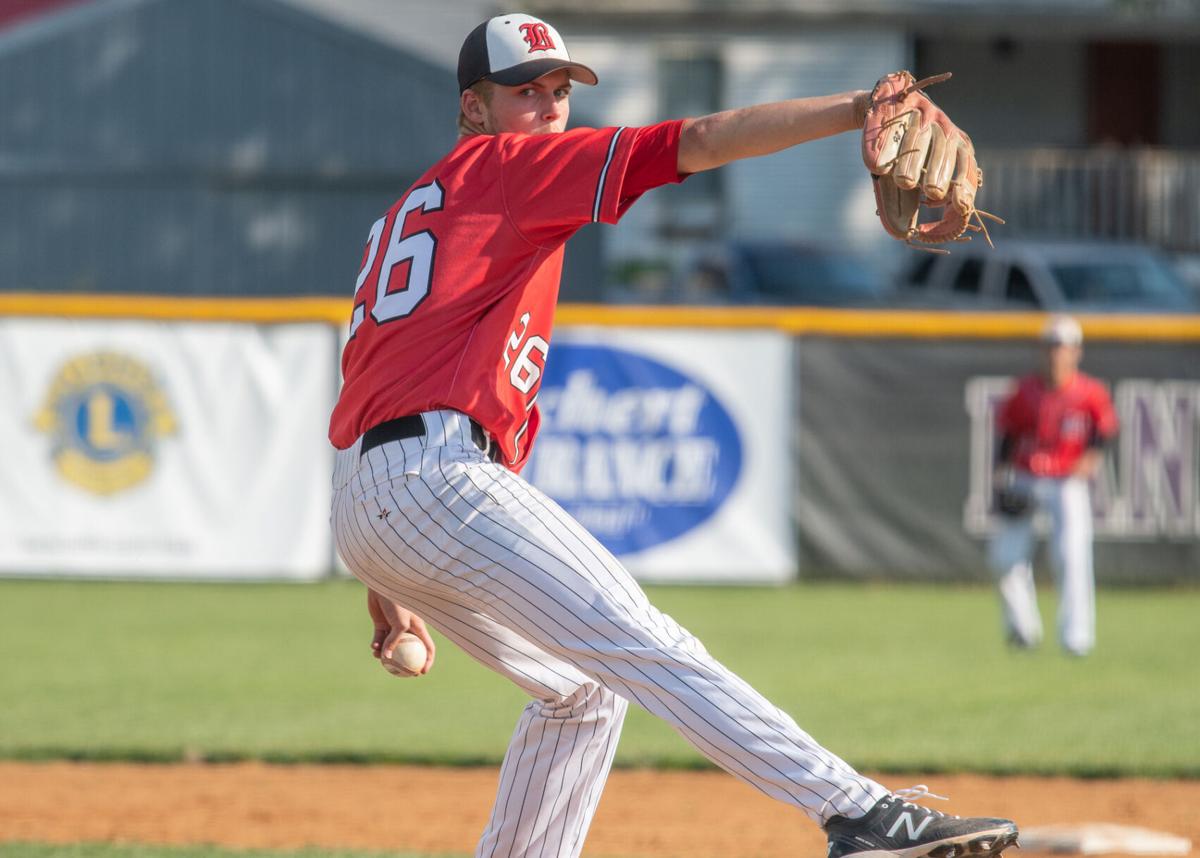 Borden ace Gavin Gentry prepares to deliver a pitch during the Braves’ 5-2 victory over Loogootee in the Class A Lanesville Regional championship June 5. On the mound, Gentry went 7-3 with one save and a 1.59 ERA this past season.

Biven, who was recognized at shortstop, hit .462 with seven doubles, four triples, six home runs and 32 RBIs while scoring 42 runs for the Bulldogs, who went 24-7. On the mound, the right-hander was 5-1 with two saves and a 1.56 earned-run average. In 45 innings pitched, the University of Louisville commit recorded 66 strikeouts.

Decker, who was also recognized at shortstop, hit .410 with four doubles, three triples, one home run and 21 RBIs this past season while scoring a team-high 36 runs and steals 36 bases in 38 attempts. He also finished with a team-best .528 on-base percentage, a .540 slugging percentage and a 1.068 OPS for Silver Creek, which went 23-9-1 and lost a 2-1 11-inning game to eventual Class 3A state champion Southridge in the regional semifinals.

On the mound, Decker went 1-0 with two saves and a 1.21 earned-run average in 13 appearances. In 17 1/3 innings pitched, the recent Colorado Mesa-commit gave up four runs (three earned) on six hits while walking eight and striking out 22.

On the mound, Groher went 7-4 with a 1.07 earned-run average. Over 72 innings pitched, the right-hander allowed 16 runs (11 earned) on 48 hits while walking 35 and striking out 83. Opponents hit just .179 against him. At the plate, the Butler University-signee batted .269 with four doubles, two triples, four home runs and 23 RBIs. He also scored 25 times.

Watson hit .455 with six doubles, eight triples, six home runs and 35 RBIs in helping lead the Pioneers to the 2A state title. The Western Kentucky-signee also scored 40 runs for Providence.

Southridge’s Colson Montgomery, who was selected 22nd overall in the Major League Baseball amateur draft earlier this week, was an automatic All-State selection.

The complete teams are listed below.