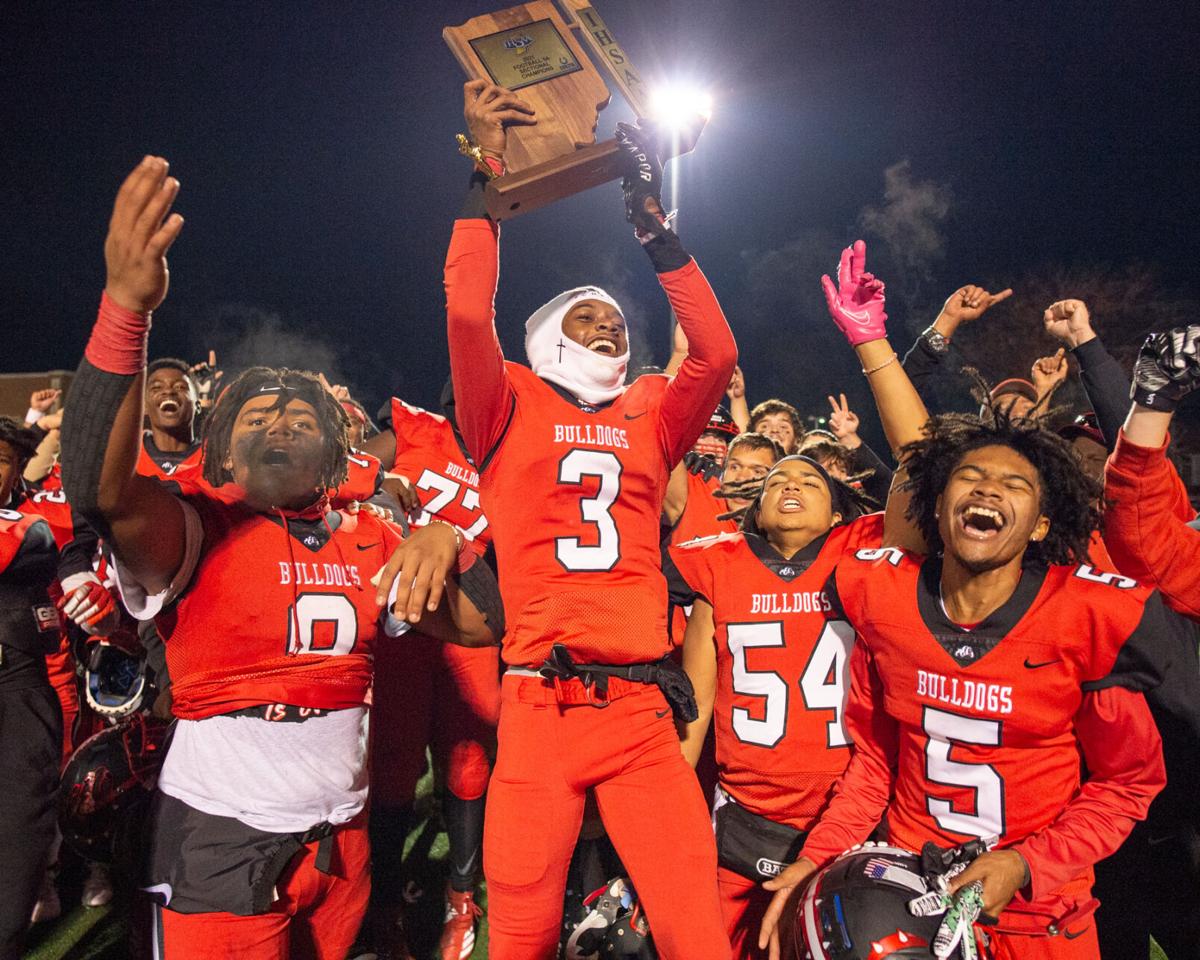 New Albany players celebrate after the Bulldogs’ 34-27 come-from-behind victory over Seymour in the Class 5A, Sectional 16 championship game Friday night at Buerk Field. New Albany will host Bloomington South in a regional game next Friday night. 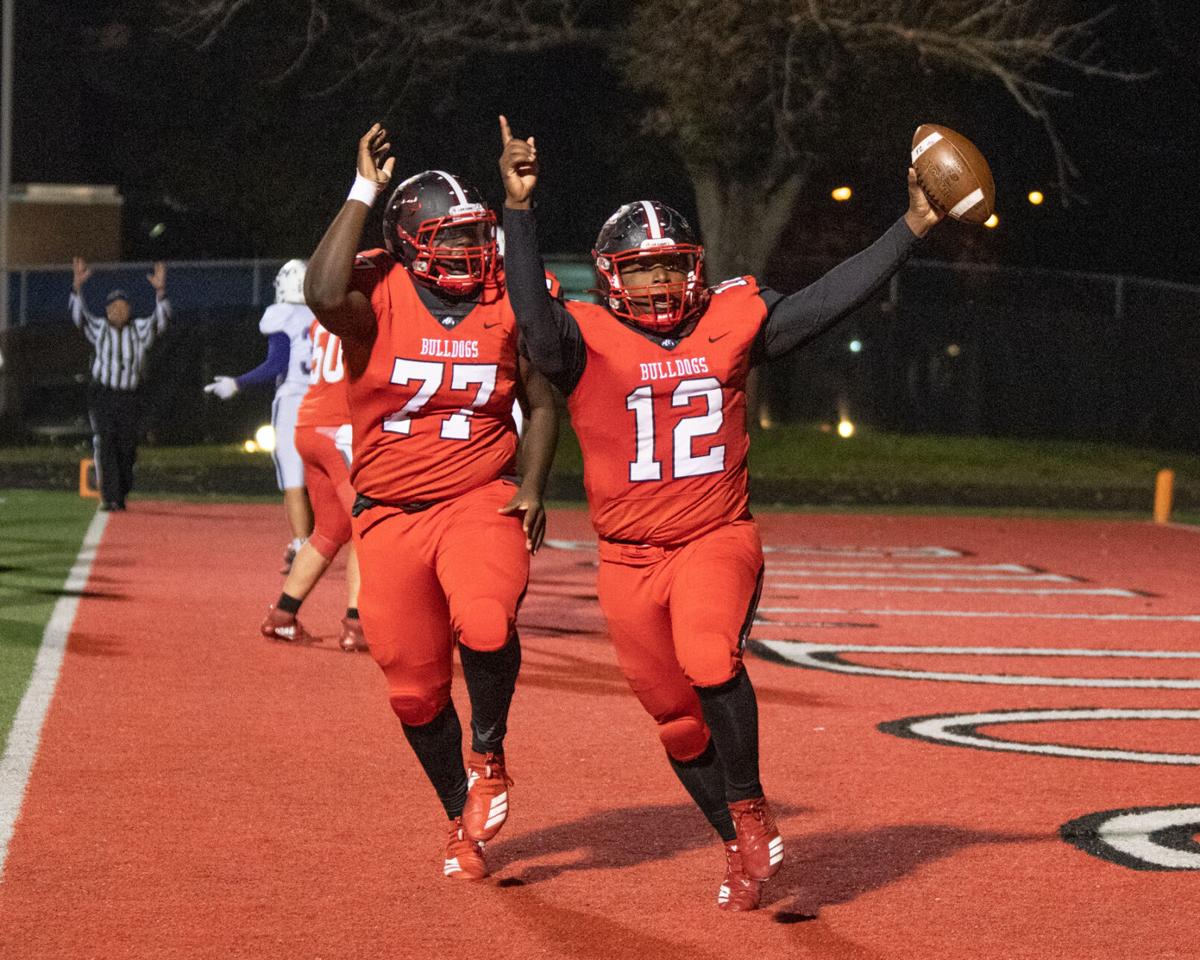 New Albany seniors Kyondre Winford (12) and Blake Osborne (77) celebrate in the end zone during the Bulldogs’ 34-27 victory over Seymour in the Class 5A, Sectional 16 championship game Friday night at Buerk Field. 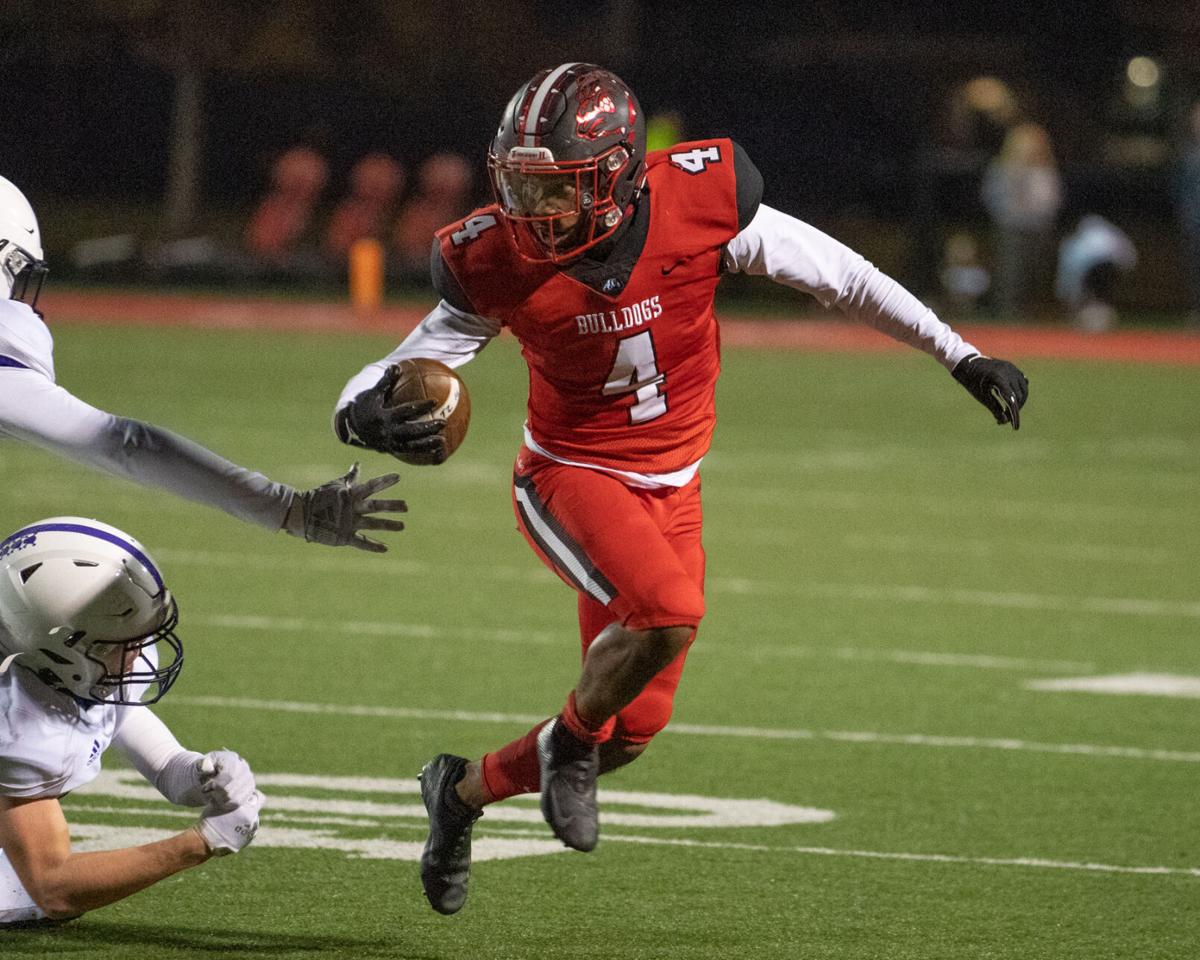 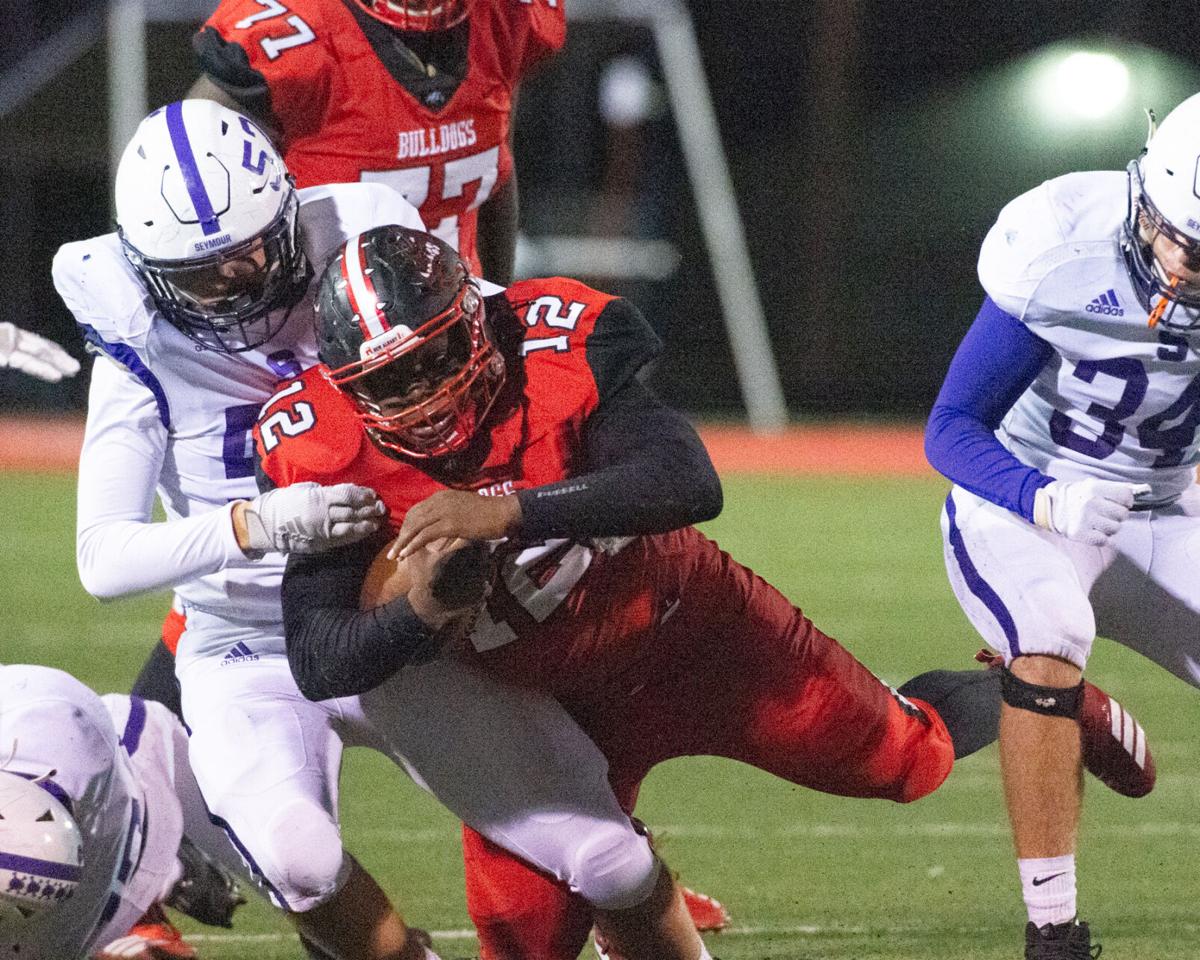 New Albany senior Kyondre Winford dives for yardage during the Bulldogs' 34-27 victory over Seymour in the Class 5A, Sectional 16 championship game Friday night at Buerk Field.

“Hats off to our kids, they gave a great effort,” New Albany coach Steve Cooley said amid the on-field celebration after the game.

The Bulldogs (8-3) will host eighth-ranked Bloomington South (8-2) next Friday night in a regional game. The Panthers beat rival Bloomington North 24-17 in the Sectional 15 final. South beat New Albany 50-20 in the season-opener for both back on Aug. 20 in Bloomington.

The Bulldogs earned a rematch with the Panthers thanks to a heart-stopping victory.

The Bulldogs quickly answered, though.

Daquan High took the ball on a reverse, found some daylight on the left side and darted toward the end zone for a 27-yard touchdown run with 2:59 left to get within one.

New Albany then elected to go for the two-point conversion, but Simmons was stopped short of the right-side of the end zone.

The Bulldogs' defense then came up with an interception of Perry.

Nine plays later, New Albany had the ball at the Seymour 5 with 10 seconds left.

With the clock winding down, Simmons rolled to his left and found Winford in the end zone.

“I believe in my team,” Winford said. “I never had a doubt.”

Winford said the play was designed for a sprint out and a possible pass to him.

“We’ve got great chemistry and we made eye contact,” Winford said. “(The pass) was right on my chest. If I didn’t catch that, no one could.”

“Me and my receivers — we’ve got such good chemistry,” Simmons added. “It feels great because we’ve worked so hard.”

For New Albany, it was a first half of missed opportunities.

The Bulldogs went 69 yards on their first possession as Simmons scored on a 6-yard keeper with 8:52 left in the first quarter.

After the Owls went ahead 8-7 on a couple of short runs by fullback Cameron Klakamp, the problems started for New Albany.

The Bulldogs twice marched inside the Seymour 10-yard line before running out of downs.

On the first one, New Albany faced a fourth-and-1 at the 6 and Myles Johnson was stuffed right at the line of scrimmage.

Then on New Albany’s next possession at the Seymour 3, Simmons threw into the end zone and the ball was knocked away before it reached High.

Seymour went ahead 14-7 on a 6-yard, fourth-down pass from Perry to a wide-open Logan Shelly, who is a freshman.

The win was Cooley’s 150th in his career.

“It’s not about me,” he said afterward. “It just means I’ve been around a long time.”