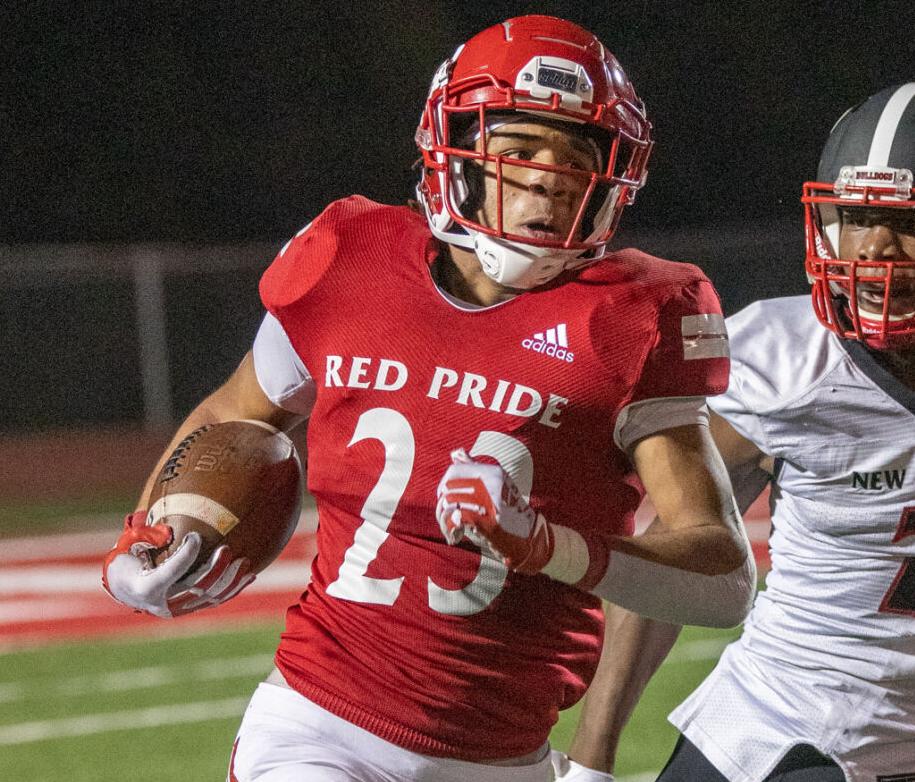 Jeffersonville junior Davarhy Julian returns a punt for a touchdown during the Red Devils’ 35-25 victory over New Albany in the Class 5A Sectional 16 championship held at Blair Field last Friday night. Tonight Jeff visits Castle in a regional game. 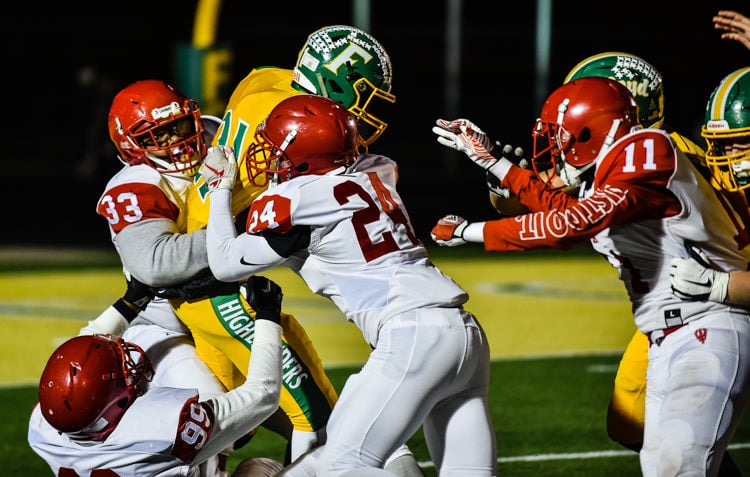 Jeffersonville junior Davarhy Julian returns a punt for a touchdown during the Red Devils’ 35-25 victory over New Albany in the Class 5A Sectional 16 championship held at Blair Field last Friday night. Tonight Jeff visits Castle in a regional game.

Jeffersonville’s turnaround from 1-5 to 5-5 and the program’s fifth sectional title has made this season a memorable one.

The Red Devils hope to make it even more unforgettable tonight, when they visit Castle in a Class 5A regional game. Kickoff is slated for 7:30 p.m. at John Lidy Field in Newburgh.

“The kids are very excited for the opportunity to make history,” said Jeff head coach Isaac Parker, whose team has never won a regional title.

However, Parker knows it won’t be an easy night against the Knights (7-3).

“They’re probably the most physical team we’ve seen all season,” he said.

Castle hangs its collective hat on running the football and defense.

Sophomore running back Peyton Guerzini is averaging 158.7 rushing yards per game. In nine games, and with his older brother Cooper as his blocking back, the 5-foot-11, 175-pound Guerzini has run the ball 209 times for 1,428 yards and 15 touchdowns.

He’s been even more of a bell cow in the postseason, running for 205 yards and two touchdowns in the Knights’ 28-0 victory over Bloomington South in the Sectional 15 semifinals and 232 yards and three TDs in last Friday’s 35-24 triumph at Bloomington North in the sectional final.

“They’re going to try to pound it,” Parker said.

Meanwhile the Red Devils and their ever-improving — and opportunistic — defense will try to keep Castle from doing so.

On the flip side Castle’s defense isn’t impenetrable, but it hasn’t been too far off either.

The Knights allow only 9.8 points per game and have held five foes to single digits. They’ve also yielded more than 19 points only once, and it was last Friday against Bloomington North.

Castle’s D is led by senior linebacker Nyles Sutton, who tops the team with 109 total tackles. Also for the Knights, senior outside linebacker Sam Rolley leads the way with five sacks while senior free safety Mason Ailstock has a trio of interceptions.

“Their defense has been real solid all year,” Parker said. “It’s definitely going to be a battle.”