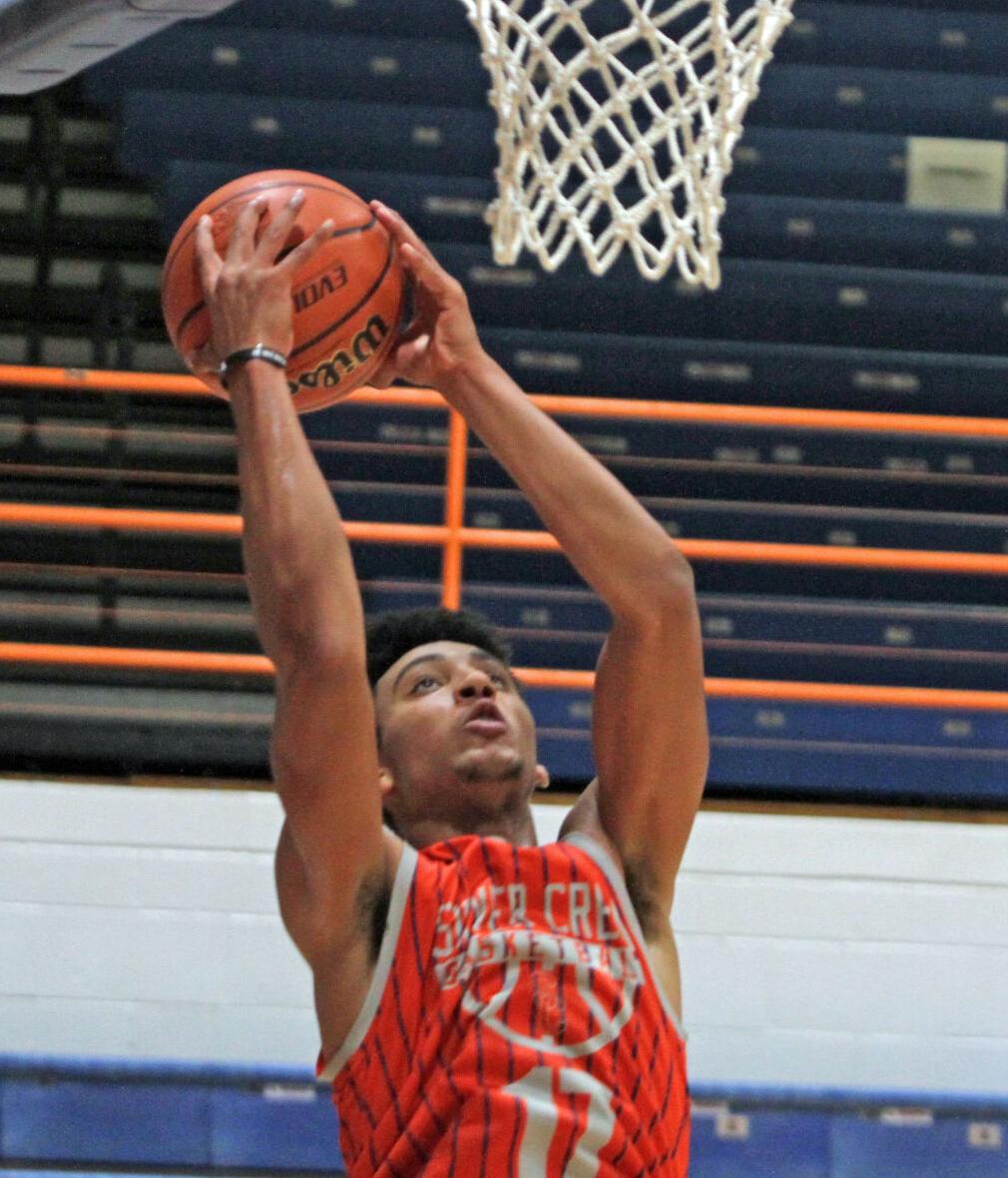 Silver Creek senior standout Trey Kaufman goes up for a shot during a recent practice. Kaufman and the Dragons checked in at No. 3 in the Indiana Basketball Coaches Association preseason Top 20 all-class poll, which was released Sunday night. 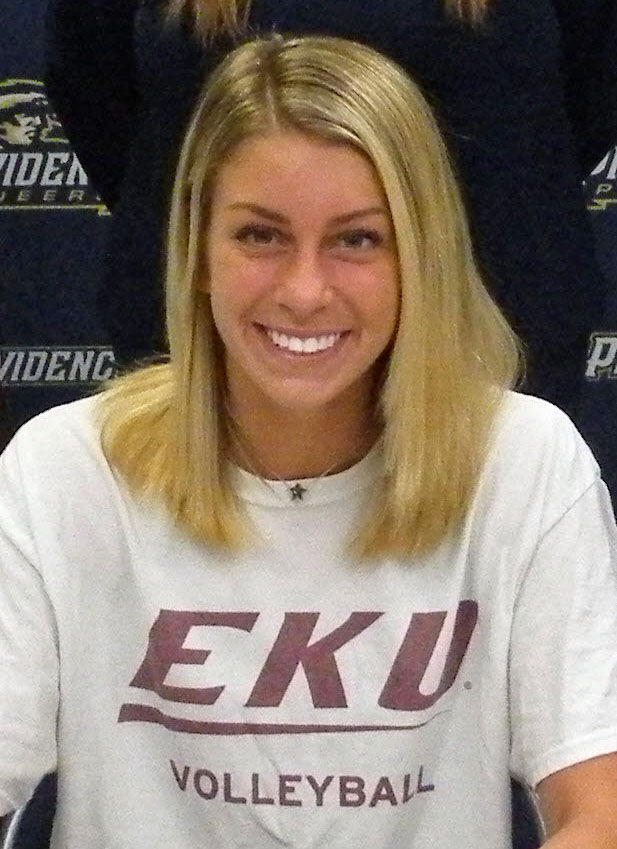 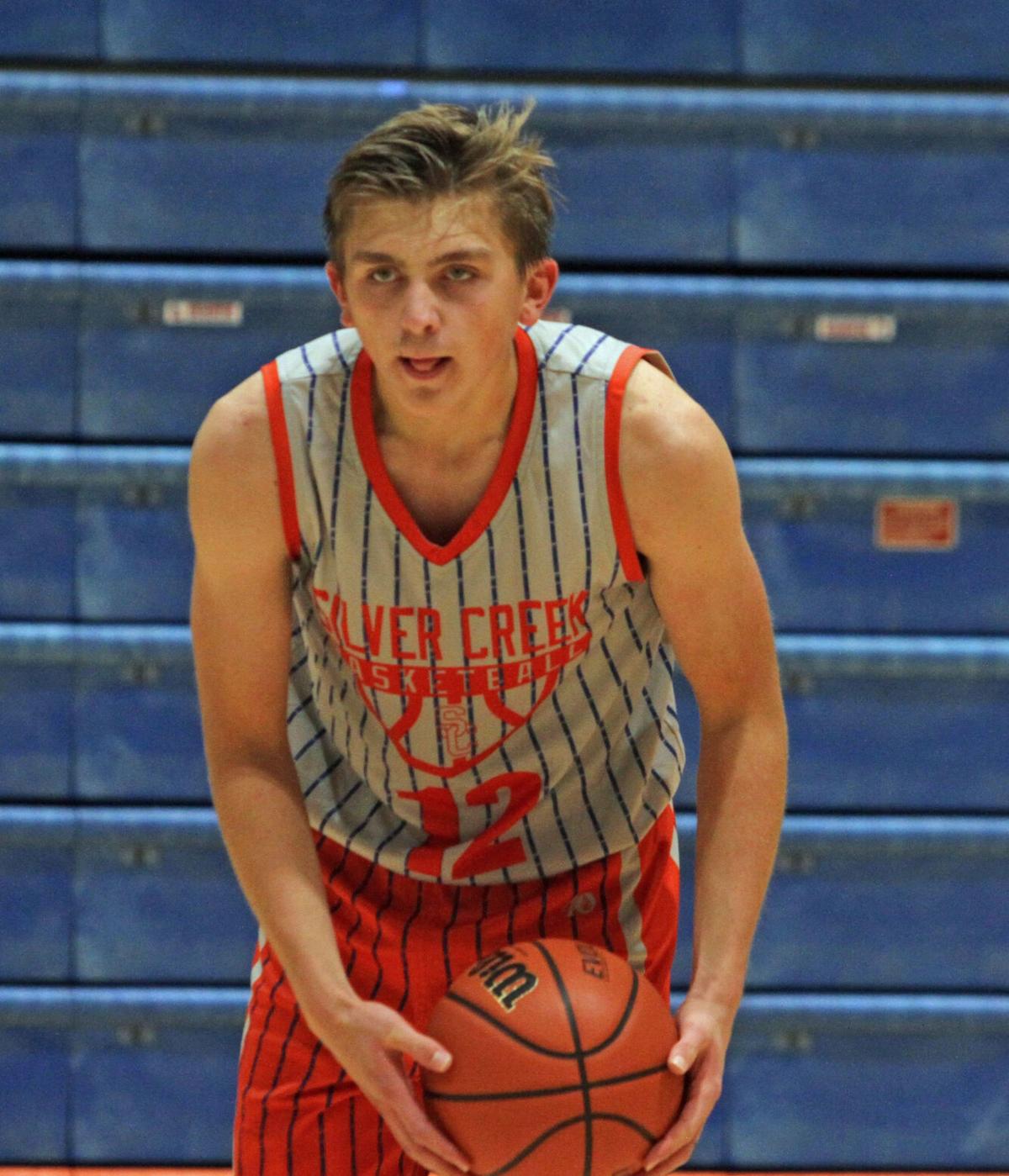 Silver Creek senior Kooper Jacobi goes through drills with the Dragons on Monday, the first official day of practice across the state.

Silver Creek senior standout Trey Kaufman goes up for a shot during a recent practice. Kaufman and the Dragons checked in at No. 3 in the Indiana Basketball Coaches Association preseason Top 20 all-class poll, which was released Sunday night.

Silver Creek senior Kooper Jacobi goes through drills with the Dragons on Monday, the first official day of practice across the state.

Just 12 days after announcing his college decision, Trey Kaufman made it official Wednesday.

The 6-foot-9, 210-pound forward, a Top 40 recruit nationally and the state’s reigning Gatorade Player of the Year, averaged 25.8 points, 9.6 rebounds, 2.9 assists and 1.6 blocked shots per game last season for the Dragons.

“Obviously, it’s important to recruit your state and start there, but it’s more important to get the right fit, wherever they may be from. Both of these guys are elite students, elite people from great families and elite players. They are the complete package. That’s what you want in your program wherever they may be from. ... Those two, I feel, are going to be able to win a lot of games for Purdue.”

In his first three seasons, Kaufman helped Silver Creek win 70 games (against only 11 losses), three sectional titles and the 2019 Class 3A state championship.

“He’s just a winner,” Painter said of Kaufman, who is ranked No. 32 in the Class of 2021 by Rivals.com and 40th by 247Sports.com. “He’s a hard-working guy. He loves basketball, really always striving to find the next thing to improve whether it’s his lateral quickness, his outside shooting, whatever, just kind of a basketball junkie. And we think he’s going to be a great player for us.”

Painter compared Kaufman to former Purdue standout Vince Edwards, an effective combo forward for the Boilermakers from 2014-18, as well as Furst.

“Trey has a lot of same qualities as Caleb and as a teammate”, Painter said. “He works very hard, is very diligent and versatile in two positions as a three and as a four. He has really worked on perimeter game and lateral movement which allows him to play on perimeter, and use his size for mismatches when guarded by smaller players. Both of these guys fit in really well here at Purdue in terms of being blue-collar, hard-working, tough, unselfish and proven winners. They both have a lot of winning traits to them.”

Kaufman, however, wasn’t the only area athlete to sign his NLI.

The 6-foot-6, 195-pound forward averaged 17.3 points, 7.7 rebounds and 2.5 assists per game last season for the Dragons, who went 25-2 and were ranked No. 1 in Class 3A throughout the season. Jacobi, who announced his commitment to the Rockets in September, is ranked as the 15th-best player in Indiana by 247Sports.

“We’re really excited to have Kooper join our Toledo Basketball family,” Toledo head coach Tod Kowalczyk said in a press release. “He’s a do-it-everything type forward who’s extremely skilled and tough. He plays very hard and is a very good shooter and passer. Kooper is also an unbelievable student with great character who has been well coached in a winning program. That’s something we value a great deal.”

“Anna comes from a volleyball family,” EKU coach Johnna Bazzani said. “Her knowledge of the game and the energy and passion she has really shows when she plays. She is very competitive and she will be fun to watch next year.”

“Emma is a true leader to her teammates and as a setter, has the ability to literally light up the gym in both her play and personality,” ISU coach Lindsay Allman said.