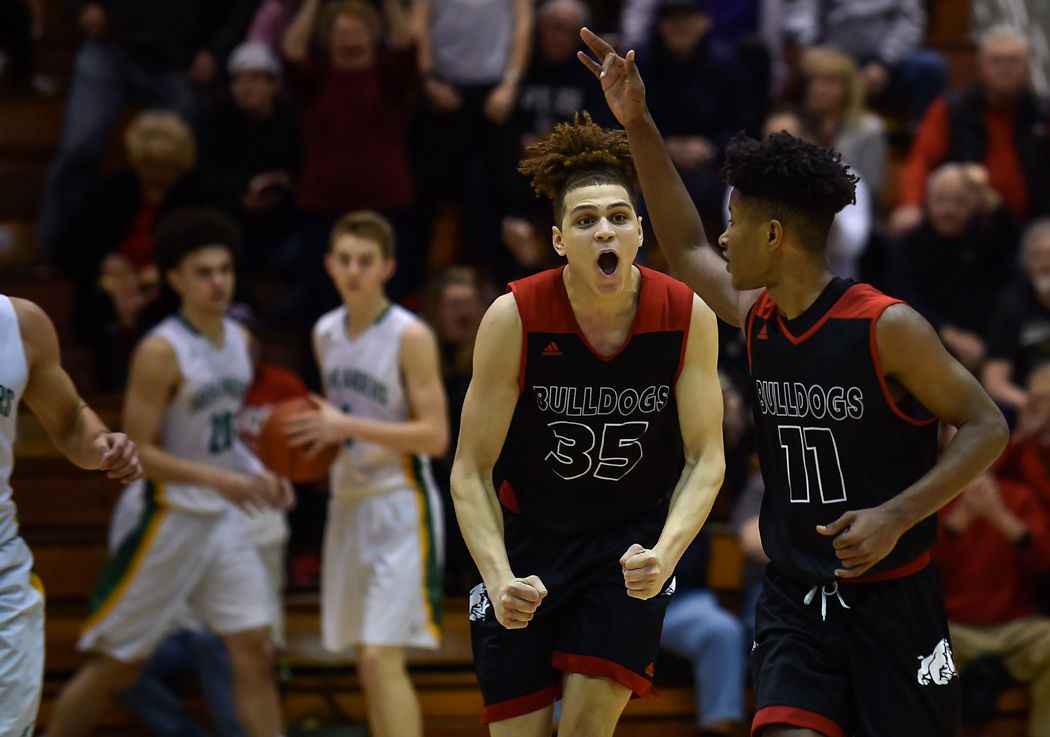 New Albany's Jordan Thomas reacts to a 3-pointer by Derrick Stevenson during the Bulldogs' 39-36 win over Floyd Central on Friday in the 4A Seymour Sectional. 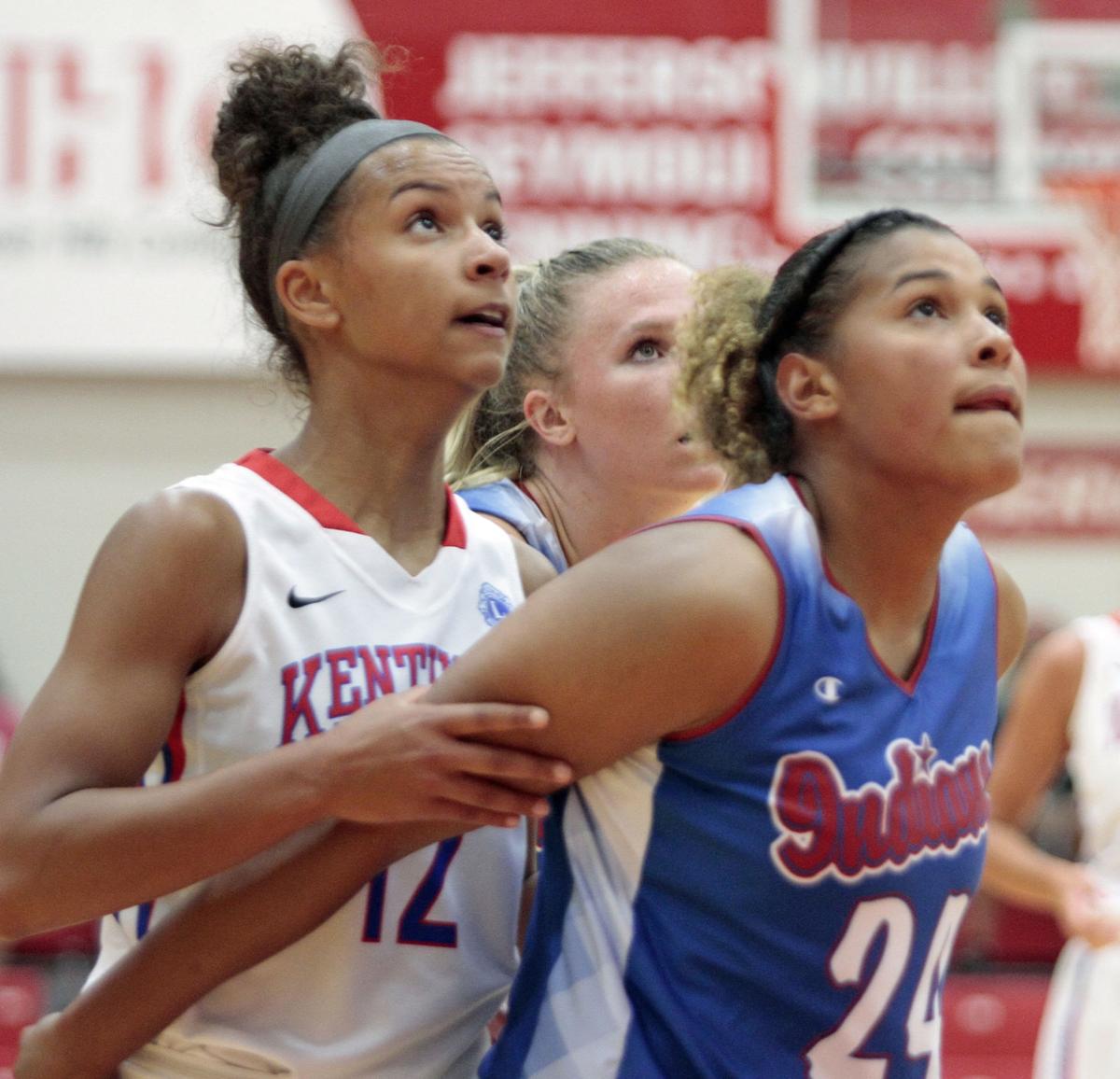 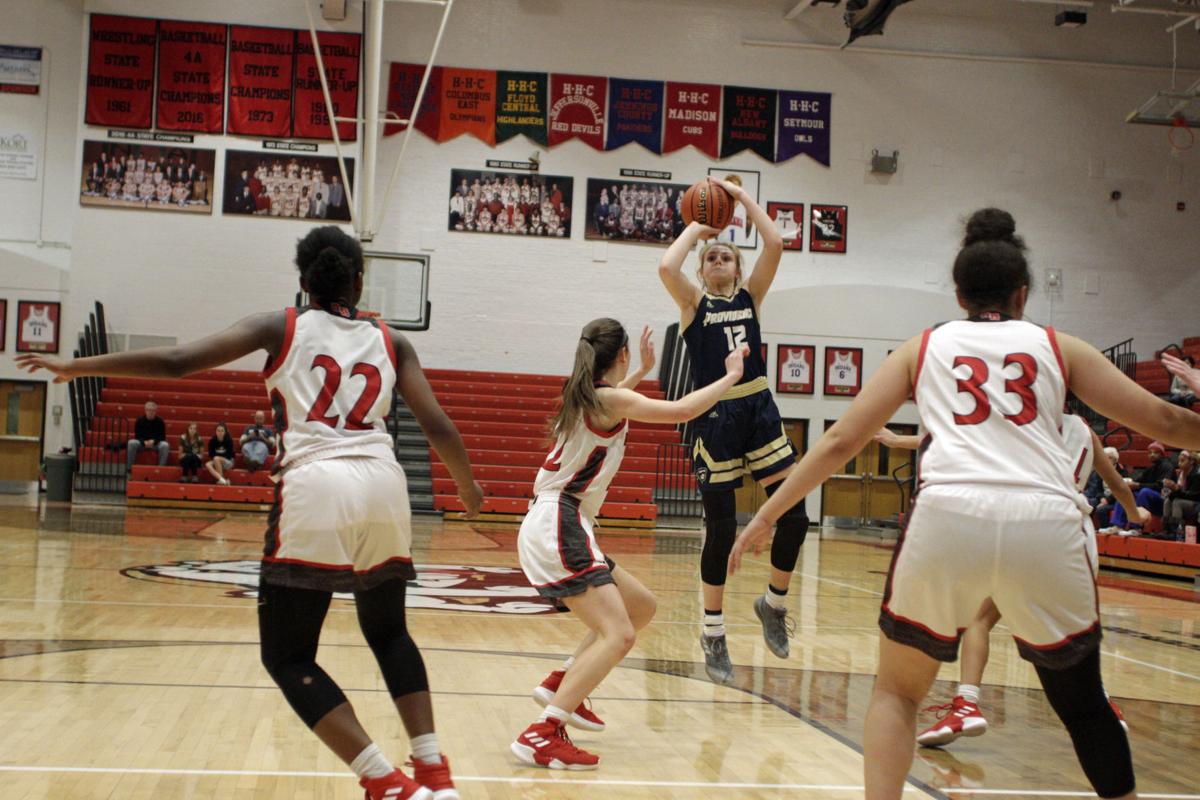 Providence junior Natalie Boesing puts up a shot against New Albany on Thursday night. Boesing scored a game-high 29 points for the Pioneers in their 56-45 loss to the Bulldogs. 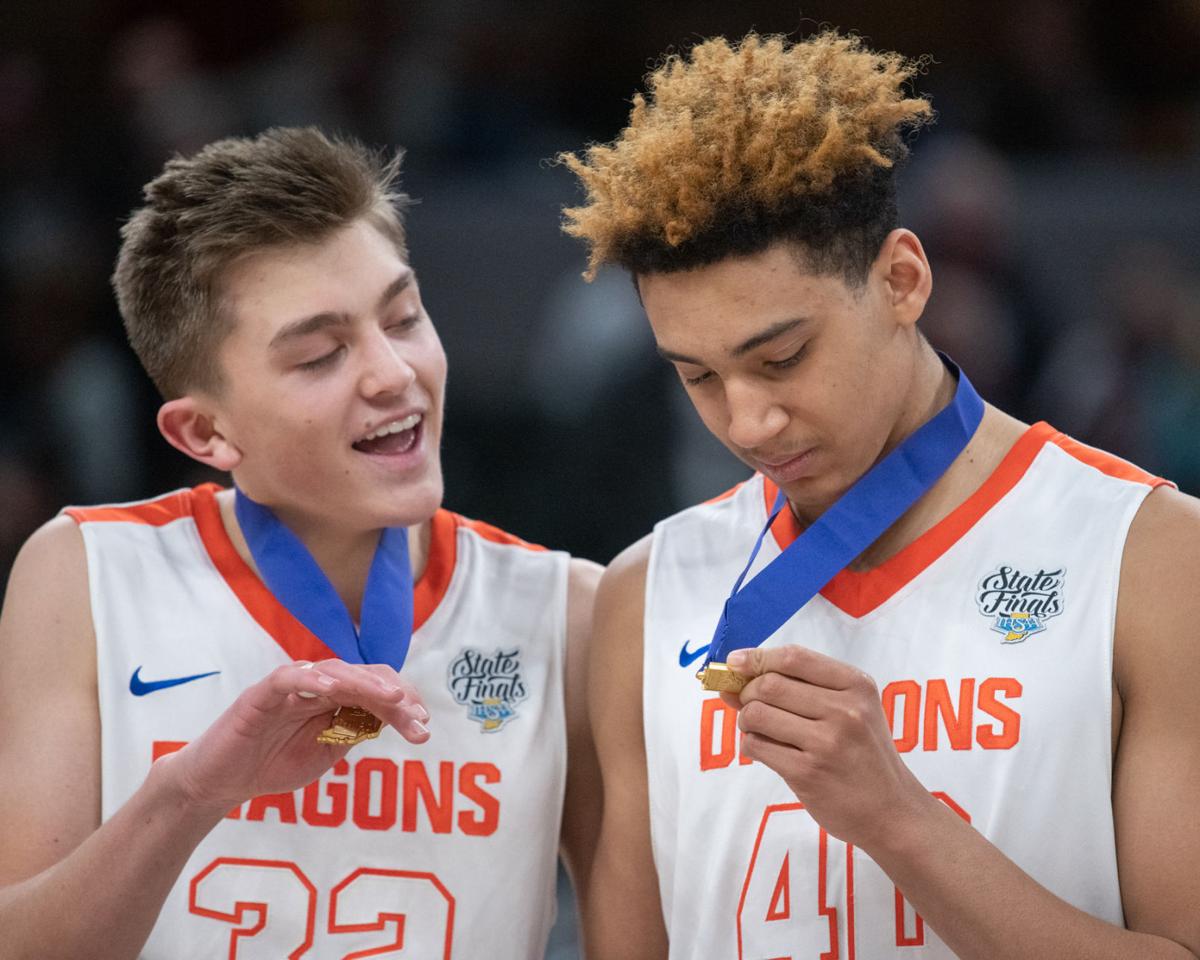 New Albany's Jordan Thomas reacts to a 3-pointer by Derrick Stevenson during the Bulldogs' 39-36 win over Floyd Central on Friday in the 4A Seymour Sectional.

Providence junior Natalie Boesing puts up a shot against New Albany on Thursday night. Boesing scored a game-high 29 points for the Pioneers in their 56-45 loss to the Bulldogs.

Garcia will play in the “Star Girls” game that is slated to tip off at 6:30 p.m. Saturday at MidAmerica Sports Center in Louisville with the “Star Boys” contest to follow at around 8 p.m.

Garcia, a 6-foot forward and rising senior for the Red Devils who tweeted earlier this week that she had received a scholarship offer from Purdue and Penn State, will be joined by several familiar faces on the Indiana team. Included among those is Jeff teammate Kelsie James (more on her below) and Providence standout Natalie Boesing along with the New Albany duo of Naria Reed and Mya Jackson and the Silver Creek trio of Jaclyn Emly, Alana Striverson and Kynidi Striverson. Reed is a transfer from Louisville Ballard, while the Striverson sisters are transfers from Louisville Male.

The Indiana boys’ team will feature Silver Creek juniors Trey Kaufman and Kooper Jacobi as well as sophomore Branden Northern, three members of the Dragons’ state championship team. It will also include a trio of players — Julien Hunter, Trey Hourigan and Jordan Thomas — from New Albany as well as two each from Jeffersonville (Jacob Jones and Will Lovings-Watts), Floyd Central (Jake Heidbreder and Grant Gohmann) and Christian Academy (Bailey Conrad and T.J. Proctor).

The complete schedule is listed below.

Floyd Central’s Cole Hussung hasn’t even played in the first football game of his senior year, but the standout placekicker has already been selected to play in a prestigious postseason game.

Hussung was recently chosen to participate in the World Bowl All-American Game, which will take place Dec. 21 and be played at the Pro Football Hall of Fame in Canton, Ohio, he announced on Twitter earlier this week. The game will be televised on CBS Sports Network.

Clarksville baseball standout Webster Walls, a rising senior, has decided to play collegiately at Bellarmine University, which recently announced its intention to go NCAA Division I.

“Pumped to say that I am committing to Bellarmine. The opportunity to play baseball and get a BU edu is a dream come true. Thank you to Coach [Larry] Owens and [Nick] Eversole. Proud to be a Knight!” Walls tweeted Monday.

This past season Walls, an infielder/pitcher, topped the Generals in batting average (.368), runs scored (28), home runs (seven), RBIs (24) and triples (four) while also tying for first in doubles (five). On the mound, he had a 3.83 ERA and a team-best three saves.

James, a point guard for Jeff, has decided where she will attend college.

“I am excited to announced that I will be furthering my academic and athletic career at Indiana University Kokomo! Thank you to God, family, friends, and my coaches for making me the young woman I am today. #gocougars,” James tweeted in mid-July.

“Excited to announce that I will be continuing my academic and athletic career at Bellarmine University!! Thanks to all my coaches, family, and friends for all the support,” Wathen tweeted in mid-July.

Last season Wathen, a pitcher-infielder, was third on the Highlanders in batting average (.373). On the mound, she was 9-5 with two saves and a 1.84 earned-run average. In 80 innings pitched, Wathen recorded 80 strikeouts.

Three local schools will host volleyball sectionals, according to the postseason sites released by IndianaPrepVolleyball.com in late July.

Silver Creek will host 3A Sectional 30 that will include the Dragons, Charlestown, Christian Academy, Corydon Central, Madison, North Harrison, Salem and Scottsburg.