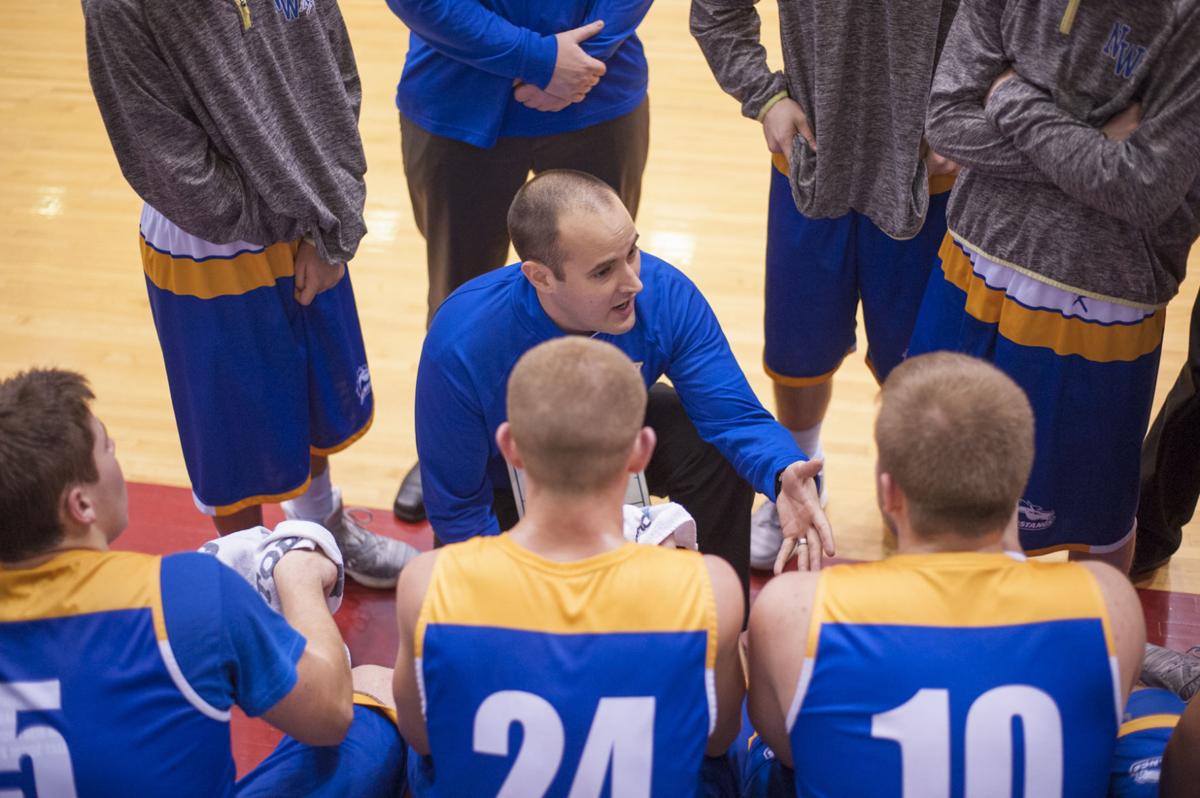 New Washington head coach Jonathan May talks with his team during the Mustangs’ 64-50 loss to Indianapolis Tindley in the Class A Richmond Semistate on March 18, 2017. May was named New Wash’s new athletic director last week. 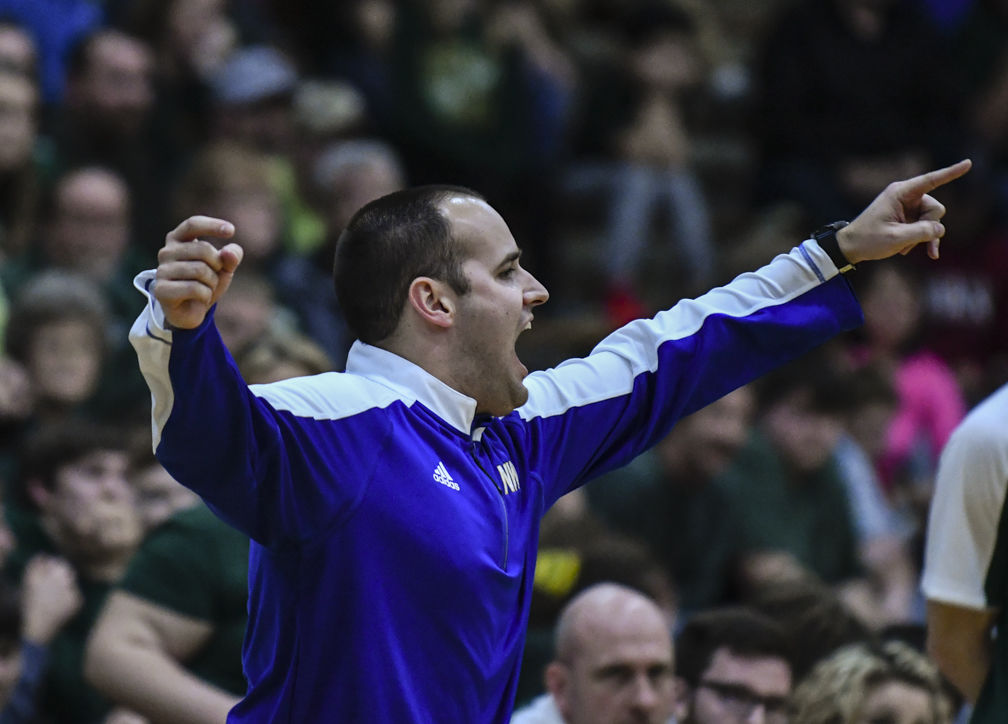 New Washington coach Jonathan May led the Mustangs to their first regional championship in 16 years in 2017. Last week he was named the school’s new athletic director.

New Washington head coach Jonathan May talks with his team during the Mustangs’ 64-50 loss to Indianapolis Tindley in the Class A Richmond Semistate on March 18, 2017. May was named New Wash’s new athletic director last week.

New Washington coach Jonathan May led the Mustangs to their first regional championship in 16 years in 2017. Last week he was named the school’s new athletic director.

NEW WASHINGTON — For more than a decade Jonathan May has been a staple on the New Washington boys’ basketball bench.

Now, he hopes to bring the same type of stability to the school’s athletic director position, which has had quite a bit of turnover the last few years. May officially resigned his post as the Mustangs’ head coach, and was approved as New Wash’s new AD at last week’s Greater Clark County Schools board meeting.

“I sincerely enjoyed my time as boys’ basketball coach, I don’t know if I ever intended to stop coaching, but now maybe I’ll have a little bit more of a positive impact on all the athletics,” said May, who went 116-193 in 13 seasons as the Mustangs’ mentor.

May, 38 and a 2000 NWHS graduate, cited his family as one of the primary reasons for his position switch. He and his wife Monica (Tinsley), a standout on the New Wash girls’ teams of the late 1990s and early 2000s, have three young daughters — Ashlynn, 8, Kylee, almost 6, and Ellie, 2.

“As the girls have gotten older your priorities change,” he said. “I know there will still be a big time commitment with the athletic director’s job, but a lot of time they can go and do things with me. When you’re coaching a basketball game, you’re focused. I think it’ll be different.”

But it will also be more of the same too for May, who is a New Wash lifer.

“I don’t know a whole lot else. I grew up in Coach [Jim] Matthews’ basketball program and was in it from the time I was in kindergarten until I graduated,” said May, who was a standout on the program’s Class A sectional-title team in 2000 under Matthews.

After spending some time away for college, May assisted at Southwestern for five years before returning to his alma mater in the summer of 2007.

“When I went into it I was just hoping to get some interview experience, but I ended up getting the job,” he remembered.

In his second season on the job (2008-09), he guided the Mustangs to a 14-11 record and into the sectional final, where they lost to New Wash alum Doc Nash’s Borden team.

“Seeing the Hunter kid playing at Purdue makes it a little easier,” he said.

The Mustangs went 3-21 the following season, but improved by six victories in 2018-19. They went 14-11 this past season, which ended with a 66-49 loss to Lanesville in the sectional semifinals. A week later school was dismissed for the rest of the year throughout the state due to the coronavirus pandemic. That, May said, makes his departure even more arduous.

“It was especially difficult because I haven’t even seen my players [to tell them]. The best I could do was a Zoom meeting,” he said.

“I feel like we have a great foundation with the youth league,” May said. “[New Washington girls’] coach [Kirsti] Holloway and I spent a lot of time there the last 13 years doing it.”

That, however, is just one of the things he will miss.

“There are a lot of aspects I know I’m going to miss, but I feel that I made the right decision,” May said. “If you do anything for 18 years you’re ready for a change and sometimes some new challenges.”

One of the recent challenges at New Wash has been keeping the same AD in place.

“I think we’ve had five athletic directors in five years,” May said.

He, however, is invested for the long haul.

In the meantime, though, he’ll also try to find his successor at boys’ basketball coach.

“The principal had a vacation last week, so we’re going to get together this week and start to look through the applications we’ve got and move forward with that,” May said.

If the presidential election were today, who would you choose?

With the Nov. 3 General Election a little over three months away, we're curious as to how the electorate is leaning. Both major party candidates, Republican incumbent Donald Trump and the Democrats' presumptive nominee Joe Biden, have experience. The current president brought his business acumen to the White House and is in his fourth year running the country. Joe Biden served eight years as vice president, from 2009 to 2017, and represented Delaware in the U.S. Senate, from 1973 to 2009.