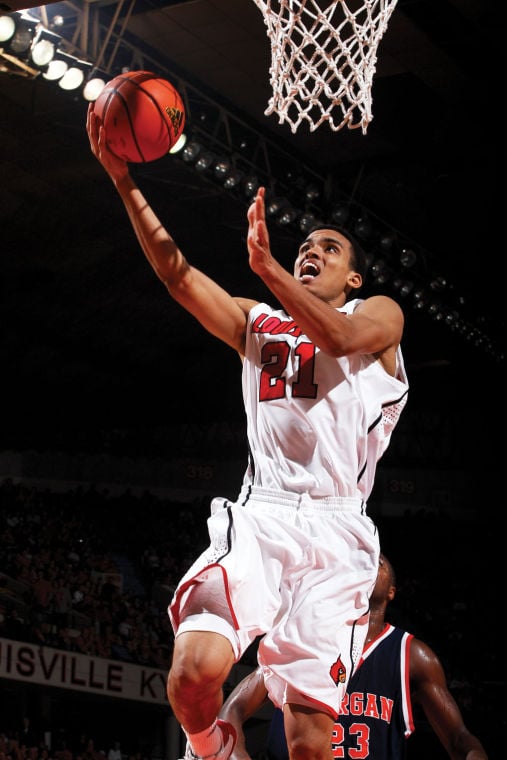 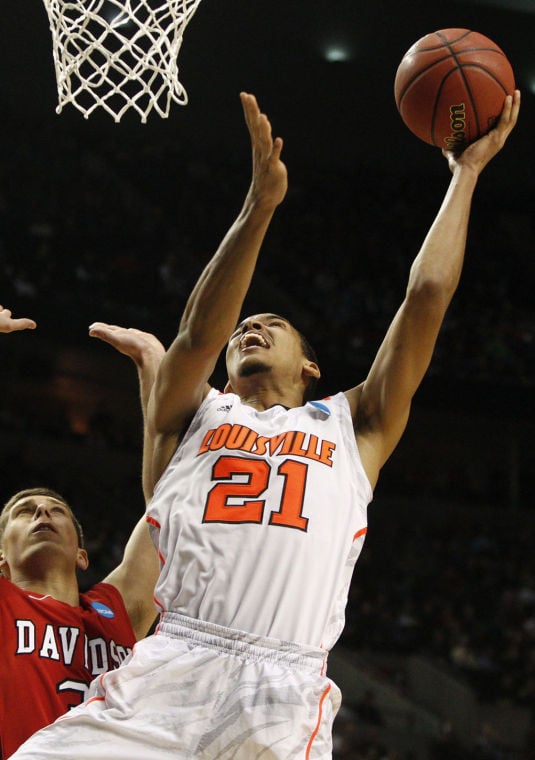 Jared Swopshire knows what it takes to accomplish personal goals.

He always wanted to play NCAA Division I basketball as a kid, and he achieved that dream by playing for the University of Louisville and Northwestern University.

Swopshire always wanted to get a great education, and he did that, too. He got a bachelor’s degree in sports administration at U of L. In addition, Swopshire is two classes away from completing his masters degree in sports marketing from Northwestern, which is considered one of the top academic institutions in the United States.

Finally, Swopshire always had his sights on coaching basketball and helping run an athletic department at the high school level.

He is currently making that goal a reality as the assistant boys’ basketball coach and the assistant athletic director at Christian Academy for the 2013-14 school year.

“I really enjoy it. I love my job and I love the people I work with,” Swopshire said. “I work with some great kids. It’s been great so far.”

Swopshire wanted to coach high school players because they are the right age to be a positive influence on in their lives.

Christian Academy athletic director Chris Harper thinks Swopshire will be a great role model for not only the Warrior boys’ basketball players, but all the students at the New Albany Christian school.

“Kids look up to people who have been there. Our kids today are very authentic and in that, they know when they see authenticity. They know when somebody is fake or somebody is real. So when Jared stands up in front of them … he has a platform and a voice that children listen to because he’s been there.”

Swopshire moved back to the Louisville and Southern Indiana area looking to pursue his career as a prep hoops coach and athletic director.

Harper heard that Swopshire was interested in pursuing a career in both of those positions and got in touch with him. Harper said Swopshire was the right person for CAI for several reasons.

“Being a private Christian school, we have a two-fold job here,” Harper said. “We have to find knowledgeable coaches who are very good at what they do. But we also have to find coaches at the same time that serve the Lord Jesus. Knowing that Jared did both of those things very well and continued to do those things, it seemed like he would be a perfect fit.

This summer, Swopshire worked with the current Warrior players in summer workouts. He also gave 10 players some private instruction on fundamentals in July.

Swopshire says he stressed three things to his troops in regards to improving their games.

“Fundamentals, repetition and just hard work,” Swopshire said. “You have to do the same thing over and over until it becomes natural, and just work hard at it.”

“He knows what it takes to get to [the Division I] level,” Kerberg said. “He knows the end results of hard work and loving the game of basketball. He’s gotten along well with the kids so far. The kids really respect him and like his stories. His personal goal is to play a role in young people’s lives and help them grow as men.”

Swopshire wants to get a few years of coaching experience under his belt before running his own high school program.

“I don’t think I’m ready to be a head coach yet,” Swopshire said. “I know I’ve played for some great coaches, but playing and coaching are two different things. That’s something I learned a lot over the summer. I know I’ve got a couple of years of [learning to be a coach] before I would consider being a head coach.”

After sitting out the 2010-11 season as a medical redshirt because of a groin injury, Swopshire returned to the Cardinals for the 2011-12 season to help them reach the Final Four.

Swopshire said being coached by Pitino was an educational experience.

“He’s very demanding, not just on his players but also on his staff. He really taught me the importance of working hard and being consistent with everything that you do,” Swopshire said. “I enjoyed it. It was challenging. That was one of the reasons I went there because I wanted to be challenged as a player. I enjoyed my time playing for Coach Pitino.”

After receiving his bachelor’s at U of L, Swopshire had one more year of athletic eligibility remaining. He decided to transfer to Northwestern and play under former Wildcats’ coach Bill Carmody.

Swopshire averaged 9.7 points and 6.7 rebounds per contest in Northwestern’s first 24 games last season. But his season ended in the middle of the Big Ten Conference campaign when he injured the meniscus in his knee. It was the second season-ending injury the Wildcats had as star player Drew Crawford tore his right labrum 10 games into the 2012-13 campaign. Northwestern wound up with a 13-19 record, losing their last nine games of the season..

Prior to Swopshire’s injury, he and his fellow Wildcats thought they had a chance to lead Northwestern to its first-ever NCAA tournament appearance.

“We thought we had a good chance of making the tournament. With Drew going down, that really hurt us, but we still had some depth,” Swopshire said “After I went down, the guys fought hard, but we didn’t have enough depth since we had a lot of young guys who were trying to learn on the go and weren’t used to playing. But prior to all that, we felt like we were going to make the tournament that year.”

In the meantime, Louisville proceeded to win its third NCAA championship in school history. Swopshire was thrilled to see his former teammates bring home U of L’s first national championship since 1986.

“I was real happy. I was cheering for them the entire time during the tournament,” Swopshire said. “I was really excited to see those guys win because I know most of them and I knew how hard they had to work to get there.”