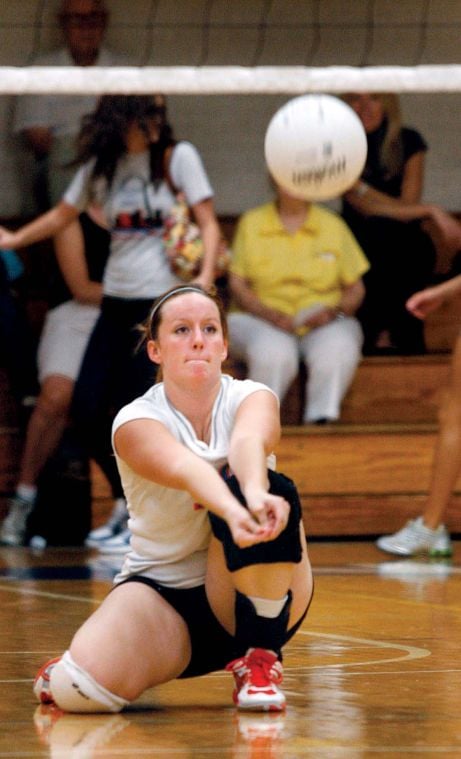 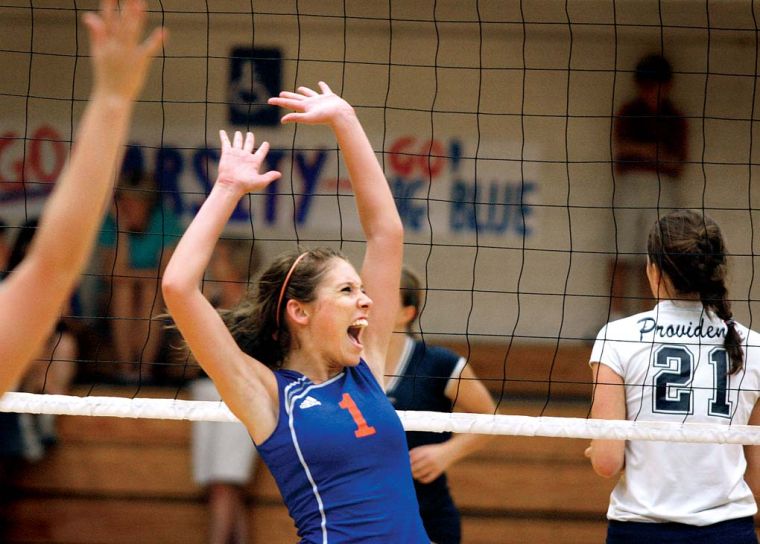 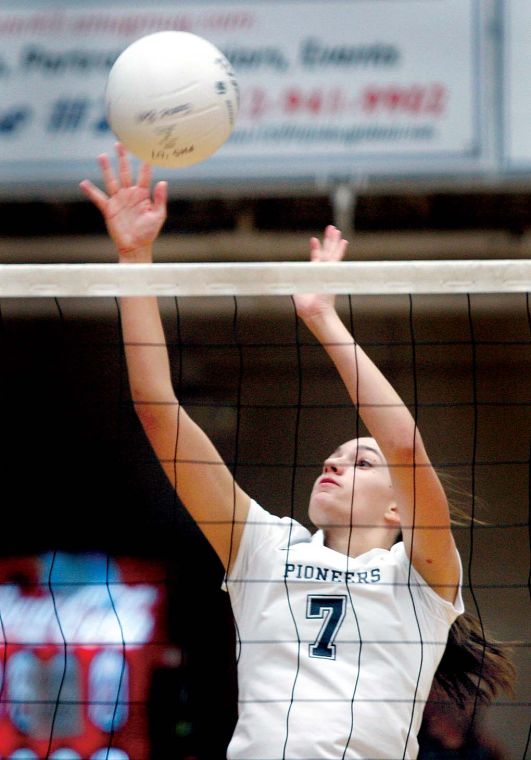 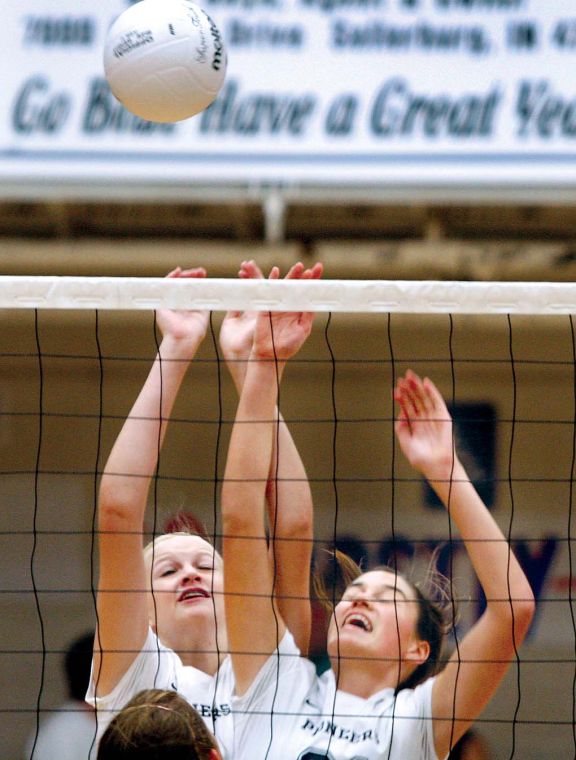 CLARKSVILLE — Prior to Tuesday’s volleyball matchup between Silver Creek and Providence, technical difficulties delayed the playing of the national anthem. That led to the entire crowd at the Robert I. Larkin Center belting out the tune like a scene from an old Hollywood musical. But there was nothing so harmonious about what came next, as the host Pioneers did not trail in any game en route to a 25-11, 25-13, 25-20 victory over the Dragons to even their record at 6-6. Silver Creek (5-2) did manage a brief rally in the final game behind senior setter Jessica Pangburn, who sandwiched a service ace between two kills to help turn an 18-12 deficit to a 21-18 lead, forcing Providence to take its only timeout of the evening. Lucy Knott followed with a block and a kill for the Pioneers and a pair of Silver Creek hitting errors salted away the final stanza. “We have lapses, but they never give up and keep plugging away,” said Providence coach Terri Purichia, who has had the task of rebuilding the team after the loss of 11 seniors. “We make a lot of mental mistakes, but the effort is good. As coaches, we sometimes have to remind ourselves that these are 14-, 15- and 16-year-old girls playing against 17- and 18-year-olds.” Even with all the youth, the Pioneers still played the game their fans are accustomed to, jumping out to a 4-0 lead in the first game behind the service of sophomore Erica Knear. Silver Creek cut the lead to 5-4, but would get no closer the rest of the way. Providence got one of two aces from Maria Cochran to take an 11-5 advantage and then used the service of Knear again to score six straight points and take a commanding 20-8 lead. “It’s really the first time we’ve been really tested,” said first-year Silver Creek coach Jeff Zimmerman. “We weren’t really nervous, but once we got down we lost confidence. That’s the first time we’ve seen quick sets and some of the things that Providence runs.” Elyse LaGarenne, the lone senior on the Pioneer roster, spiked two of her game-high 12 kills early in the second game to stake her team to a 5-0 margin. It was a lead that ballooned after seven straight points, which included an ace by sophomore Laura Der, who started throughout her freshman year. “Elyse LaGarenne and Laura Der have to play well for us to be successful,” Purichia said. “And they have.” Taylor Walker, one of six Dragon seniors, delivered two kills the rest of the way in Game 2, but Silver Creek could never recover from a 21-9 deficit. The final game was closer throughout, though Providence never relinquished the lead after two kills from LaGarenne put it ahead 3-1. Two kills from 6-foot freshman Ashley Ricks put the Pioneers up 9-4 and Providence would cruise until Pangburn later led the Dragons back. “We played well the third game,” Zimmerman said. “Our execution was poor, but we played well in spurts. We’ll build off that third game. That showed us we can play with a school like this. All along, I’ve said that we just have to believe in ourselves.” Purichia had a different prognosis for Silver Creek’s season. “Jeff really has his kids playing hard,” Purichia said. “We’re similar teams in a lot of areas, but Jeff will have that team ready to win a sectional. Success is right around the corner for their program.” Elizabeth Endris led the Pioneers with 26 assists, while Providence sophomore Stephanie Smith had nine digs. The victory went a long way in healing some of the wounds of a tough early slate that has seen Providence play well, yet still sport a .500 record. The team has recently been on a road swing to destinations like Yorktown and Heritage Hills. “We got shellacked over the weekend at Yorktown,” Purichia said. “Then we went five games with Heritage Hills and the effort and heart just wasn’t there. This showed they have rebounded for the most part and that shows tremendous growth.” Both teams will be back in action Thursday. The Pioneers will host Corydon, which the Dragons will travel to Charlestown.

In today's newscast we break down what you should know as the number of positive Covid-19 cases climbs back up and a new Jeffersonville children's store is open to the public.

Antoinette "Toni" Woods, 38, passed away Sunday, July 25, 2021. She was born August 19, 1982 in Louisville, KY. She was a 2001 graduate of New Albany High School and also graduated from Ivy Tech Community College. Toni was so proud to be a loving aunt to her 3 nephews. Survivors include her …

John J. Miller, 79, entered eternal life on Sunday, July 25, 2021 at Norton Audubon Hospital in Louisville, Kentucky. He was born on the 10th of January 1942 to the late Lavern and Nellie Miller (Brown) in Chelsea, Massachusetts. John retired from the United States Navy after 30 years of hon…