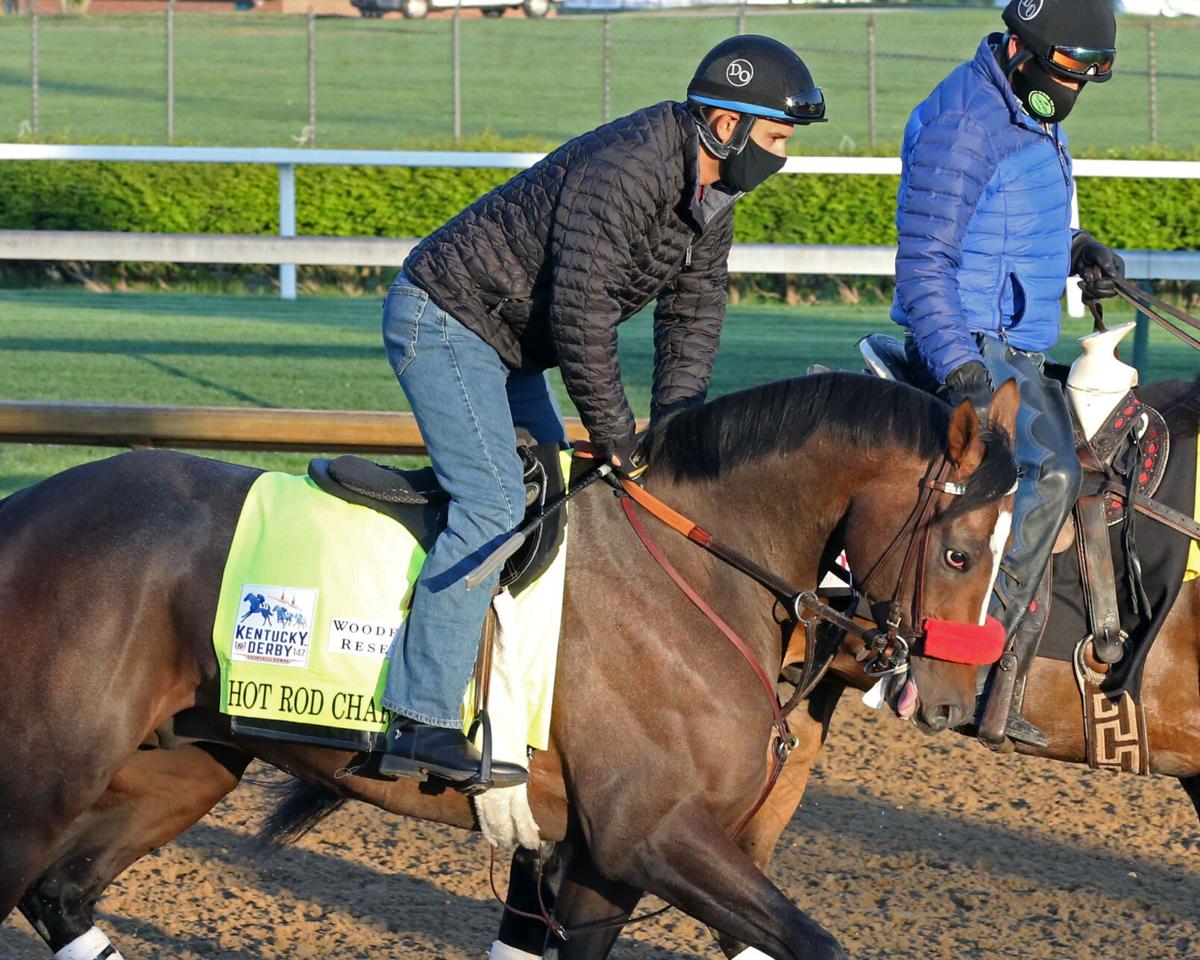 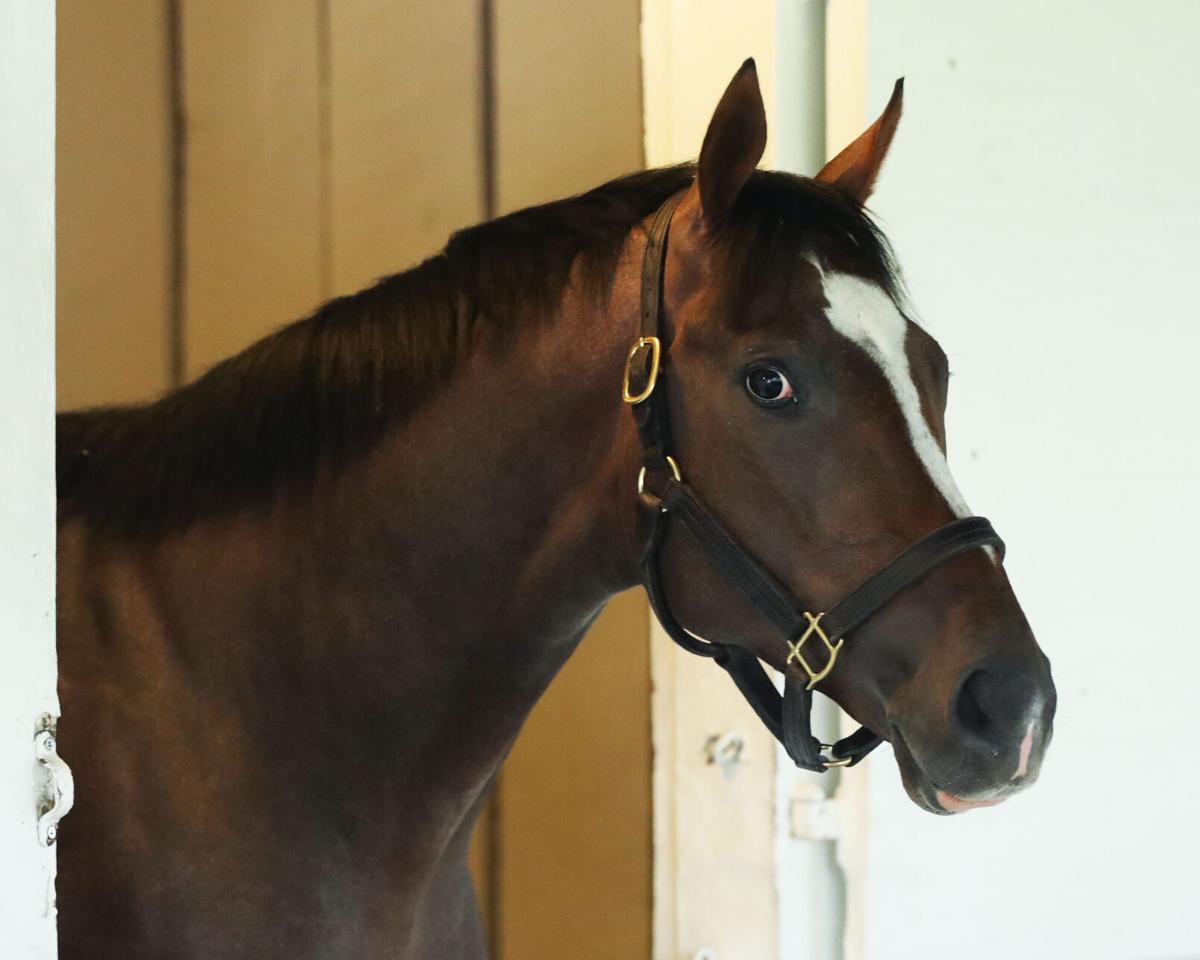 LOUISVILLE — As is typical with the Kentucky Derby, the stories behind the horses are as intriguing as the horses themselves.

No one thought Hot Rod Charlie would be running in today’s 1 1/4-mile Kentucky Derby; maybe the Pat Day Mile on the Derby undercard. He was going to be a sprinter like his brother. Yet here he is, proving that there’s more to him than meets the eye.

Hot Rod Charlie, a half-brother to Eclipse Champion sprinter Mitole, was slow to get started and couldn’t win sprinting on dirt or turf. With his fourth start, trainer Doug O’Neil added blinkers and stretched him out to a mile, realizing that he may not be a sprinter like his brother. Hot Rod Charlie eked out a neck-win in a race loaded with talented maidens, which led O’Neil to next try him in the 1 1/16-mile Breeders’ Cup Juvenile. He surprised everyone with his strong performance, finishing second (at odds of 94-1), to reigning 2-year-old Champion Essential Quality.

“We felt pretty good about the way that he was training and his numbers seemed to fit with most of the horses in the race, but when he finished second, we were so happy to finish second — which I’ve never been in my life, second at anything I don’t like — but it’s what it symbolized,” co-owner Bill Strauss said. “It symbolized that we were a legitimate horse on the Derby trail.”

Hot Rod Charlie, which enters today as the third choice in the Derby (behind Essential Quality and Rock Your World), made his 3-year-old debut in the Robert B. Lewis, where he lost a hard-fought stretch battle to finish third, just a neck behind winner Medina Spirit.

“He ended up in between three horses going down the lane and that was a good battle test,” O’Neil said. “That also is what made us think ‘Let’s give him a little extra time,’ which was the Louisiana Derby. I think it was like seven weeks from the Bob Lewis to the Louisiana Derby, so that was a real dogfight for him for his first race this year.”

The extended time was the trick and Hot Rod Charlie went on to win the March 20 Louisiana Derby by two lengths over Midnight Bourbon and O Besos, solidifying his spot in the Kentucky Derby field.

But Hot Rod Charlie was supposed to be a sprinter like his talented brother, right? That’s what pinhooker Sean Feld thought when he and his dad, Bob, grabbed the young yearling for $17,000 at the Fasig-Tipton Kentucky Mixed sale in February 2019. They sold him that October at the Fasig-Tipton Kentucky Fall Yearling sale, where bloodstock agent Dennis O’Neil swooped him up for $110,000 for Team O’Neil.

With pinhooking (i.e. trading in young racehorses for profit), like flipping houses, the goal is to buy low and sell high, which means you have no monetary interest by the time the horse is racing. But that doesn’t stop Feld from cheering him on like a proud parent.

“You try to make money pinhooking, but you still want them to go on and win some big races as well,” Feld said. “We’ve got the best of both worlds — we’ve made money on him; the current owners have made money on him and he’s the fourth choice in the Kentucky Derby so we’re really excited for everyone that’s involved.”

Speaking of owners, Hot Rod Charlie has brought together an unlikely group of owners — from the country-club couples of its majority owners Roadrunner Racing to the unassuming casualness of ProFlowers co-founder Bill Strauss to the high-energy youth of Boat Racing’s five former Brown University football players. The unique family they have built are just excited and proud to be here with their first Kentucky Derby horse.

“Horse-racing is one of the greatest sports in the world and to do that with family and friends, with all of these amazing people around us, and to watch Hot Rod Charlie potentially have a chance to win the Kentucky Derby, that’s what I’m looking forward to,” Boat Racing’s Patrick O’Neil said.

“To be here at Churchill Downs is like a dream come true,” said Greg Helm, co-owner of Roadrunner Racing, whose first Derby was 50 years ago as a college kid in the infield.

“Before I got involved with ProFlowers I didn’t know the difference between a flower and a tulip, except for the first Saturday in May,” Strauss said. “I knew those were roses. That big thing of red roses, and I hope to wear it over my shoulders come Saturday.”

There’s another member of the Hot Rod Charlie family that won’t be here physically, but will definitely be here in spirit.

“In basketball, there’s kind of sixth man that comes off the bench, the hype man, that contributes a lot to the team,” Eric Armagost of Boat Racing said. “So Pat’s dad is our sixth man and we’re donating one-sixth of anything we win in the Kentucky Derby toward the Melanoma Research Alliance.”

Patrick O’Neil, the unofficial leader of Boat Racing, is a nephew to trainer Doug O’Neil and the son of Doug’s late brother Dave, who lost his battle to melanoma in 2015. He was the second O’Neil brother to succumb to the disease. Through the remainder of the year, Boat Racing will continue to donate one-sixth of its earnings in Hot Rod Charlie to the Melanoma Research Alliance.

“I can’t help but think about Dave looking down smiling, knowing that his son owns a part of a Derby horse, that would just be insane for him,” Doug O’Neil, a two-time Kentucky Derby winner, said.