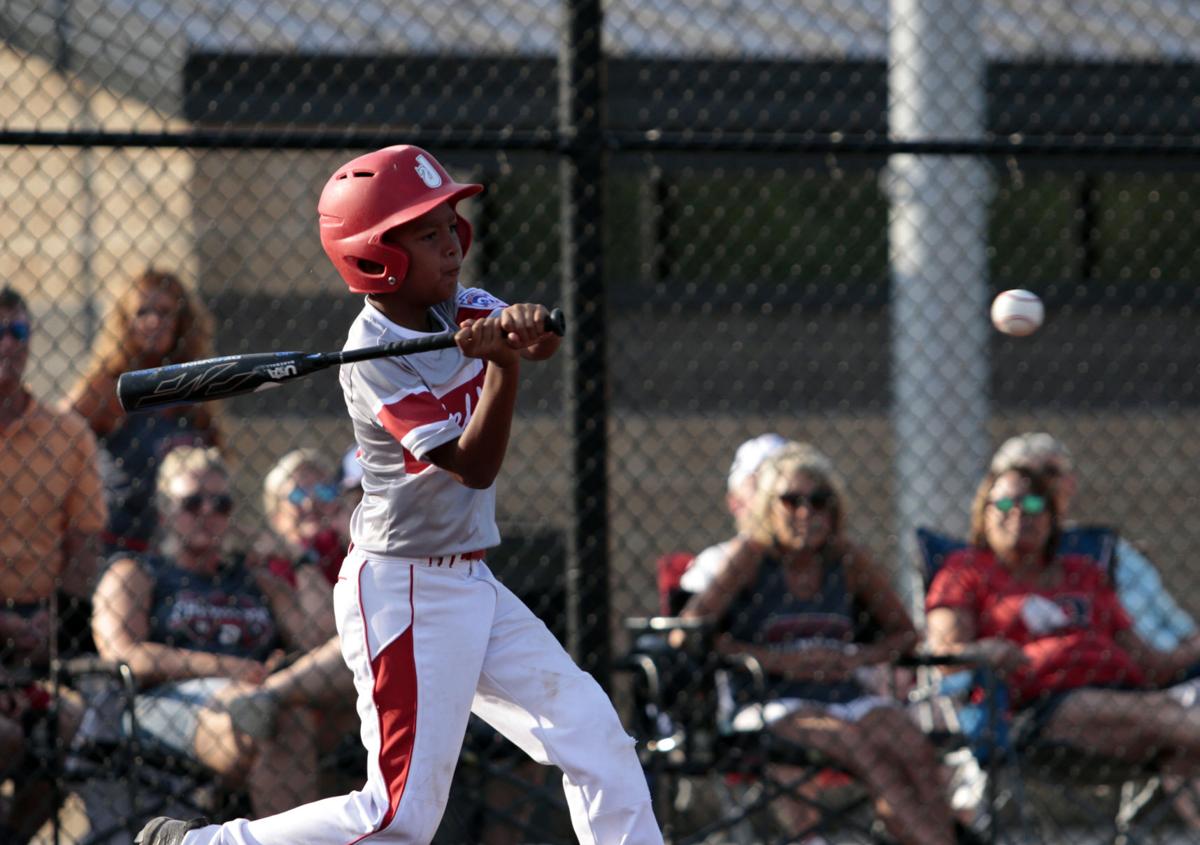 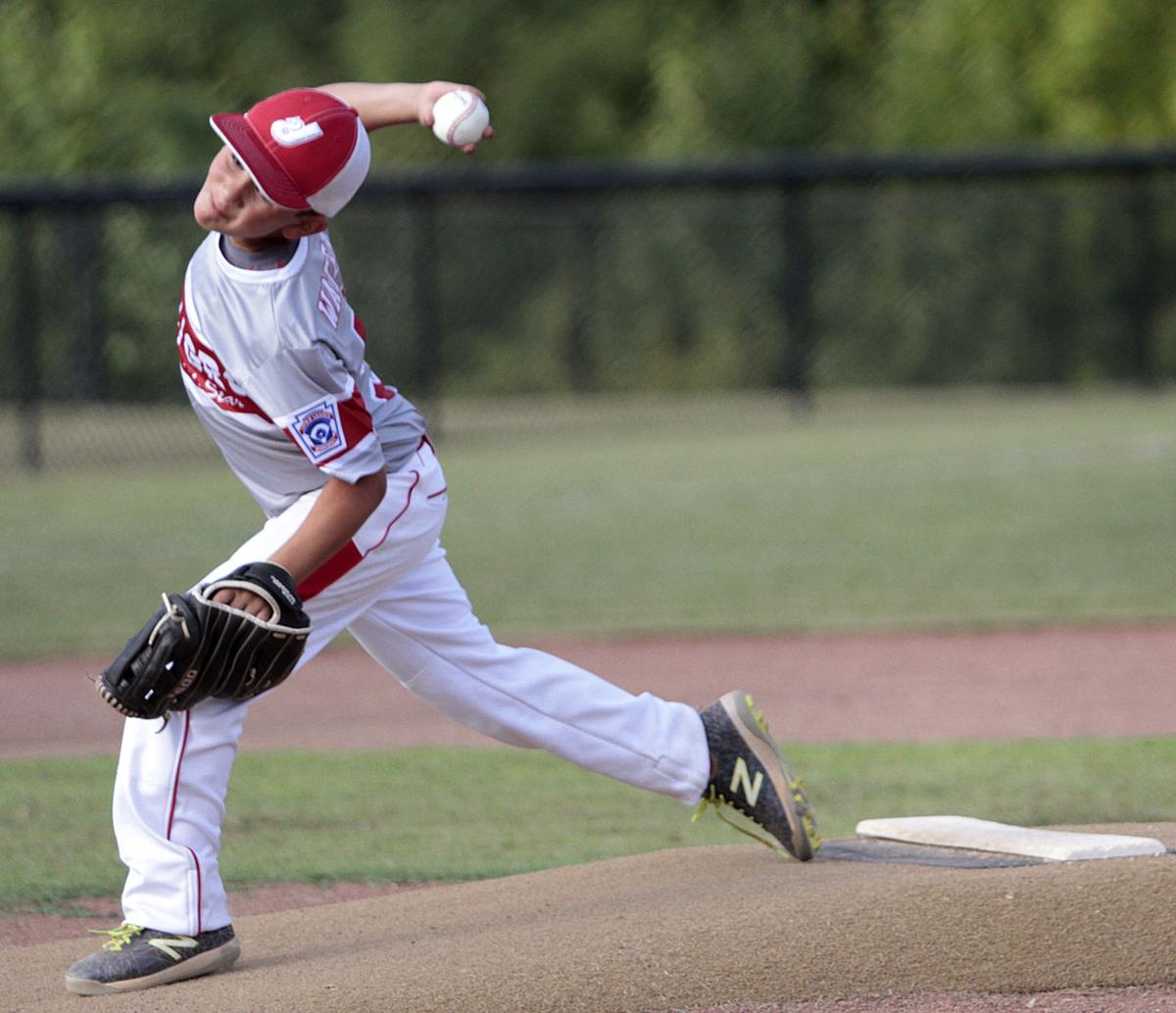 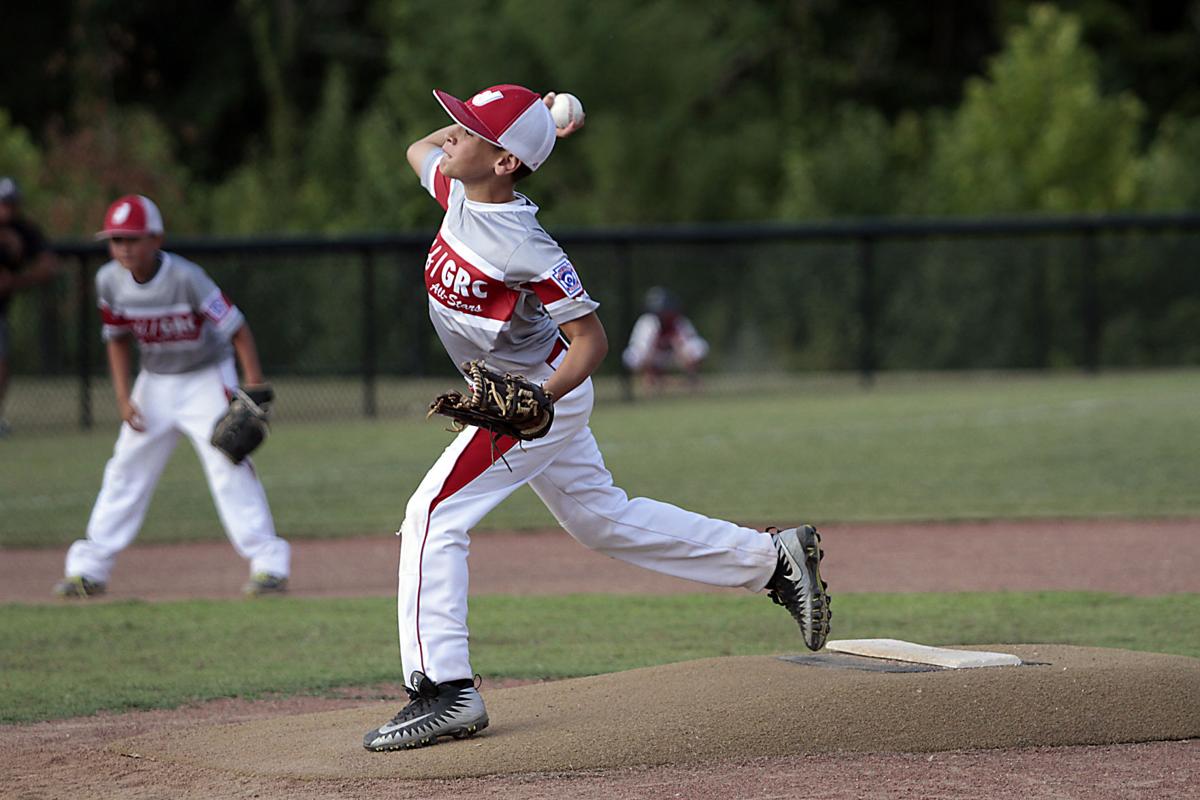 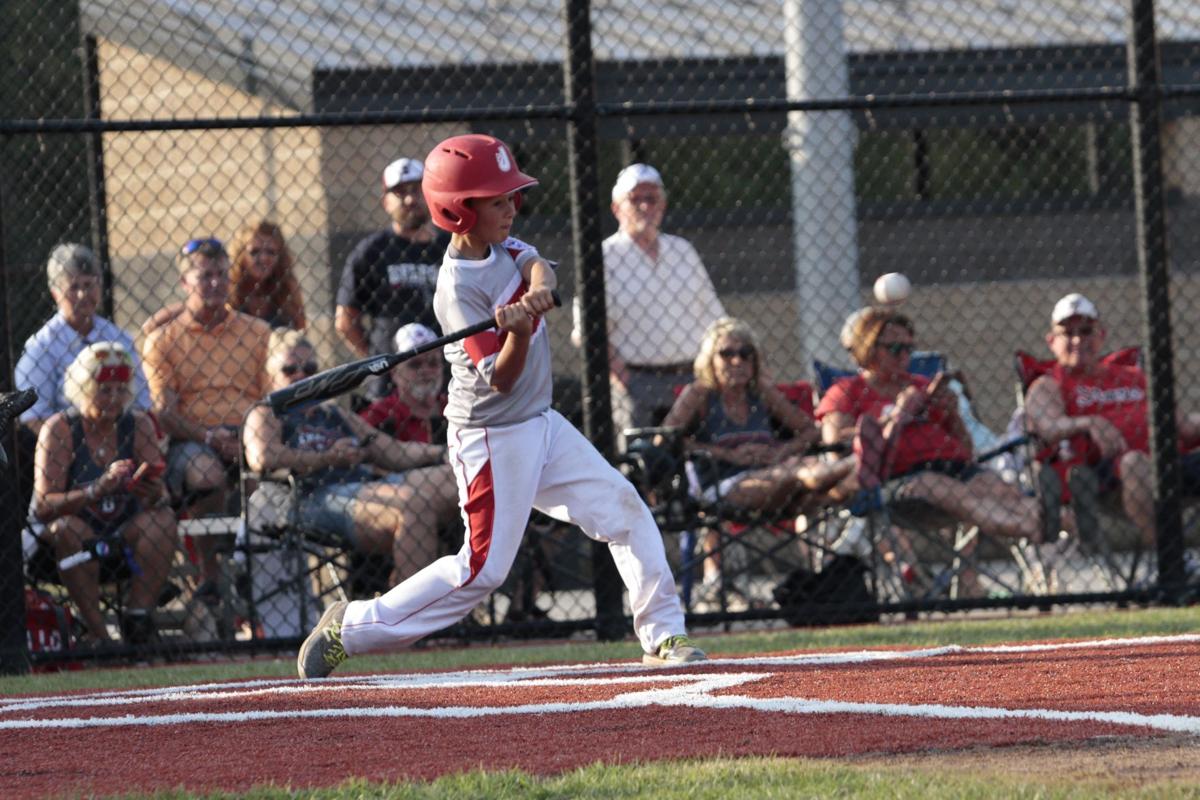 Jeff/GRC 10U All-Star Jaxson Brooks takes a swing at a pitch Thursday against Bedford. |  STAFF PHOTO BY CRAIG PEARSON

Jeff/GRC 10U All-Star Jaxson Brooks takes a swing at a pitch Thursday against Bedford. |  STAFF PHOTO BY CRAIG PEARSON

NEW ALBANY — The Jeff/GRC 10U All-Stars were able to put together some big crooked numbers in winning the District 5 championship, but Bedford limited the Jeff/GRC squad to just four hits Thursday in the opening game in Pool B at the Little League State Finals, holding on for a 7-2 victory.

Bedford jumped out to a 2-0 lead, but Jeff/GRC starter Preston Hart limited the damage to those two runs on three hits in his 2 1/3 innings.

Trevon Mitchell smashed an opposite-field RBI double to right-center field to score Caleb Jones but that was all the Jeff/GRC lineup produced. Bedford tacked on to its early lead to take a 7-1 lead into the sixth inning. Derrick Haynes II chipped in an RBI groundout for Jeff/GRC's final tally.

"When you don't hit it and kind of get behind the eight-ball, it's tough" said manager Andrew Durbin, whose team's pitching walked eight batters as well. "We just gave up a few too many."

Bedford brings a team to New Albany that has state experience. Nine players were nine-year-olds on last year's team that took state runner-up to New Albany at this same tournament.

"I thought our pitching and defense was phenomenal. We got deep into some counts early but settled down. Defensively, we made some routine plays and some great plays," Bedford manager Kyle Dalton said.

Bedford was dominant in winning its District 12 title and Lucas Ira got his squad started on the mound with a solid performance and No. 7 hitter Ian Wilcher got the scoring started for Bedford with an RBI single in the second.

Bedford plays today against New Castle, while Jeff/GRC looks to bounce back against Lebanon at 8 p.m.