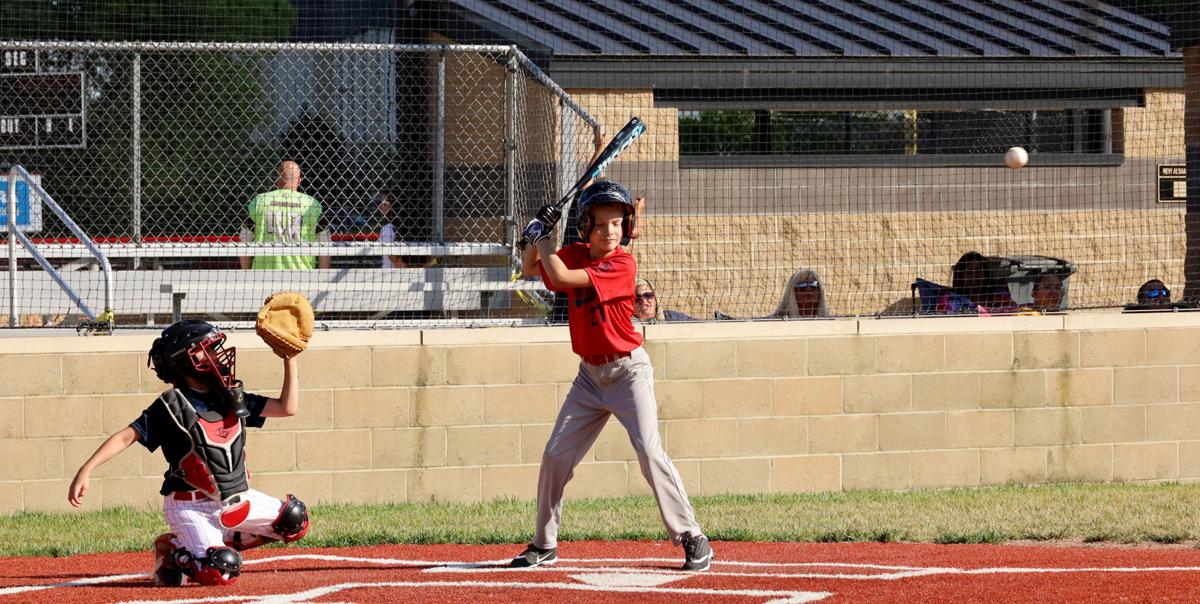 A rare sight at a Little League park, bleachers are empty behind the plate during New Albany Little League action. Fans are required to space out along the fence line. 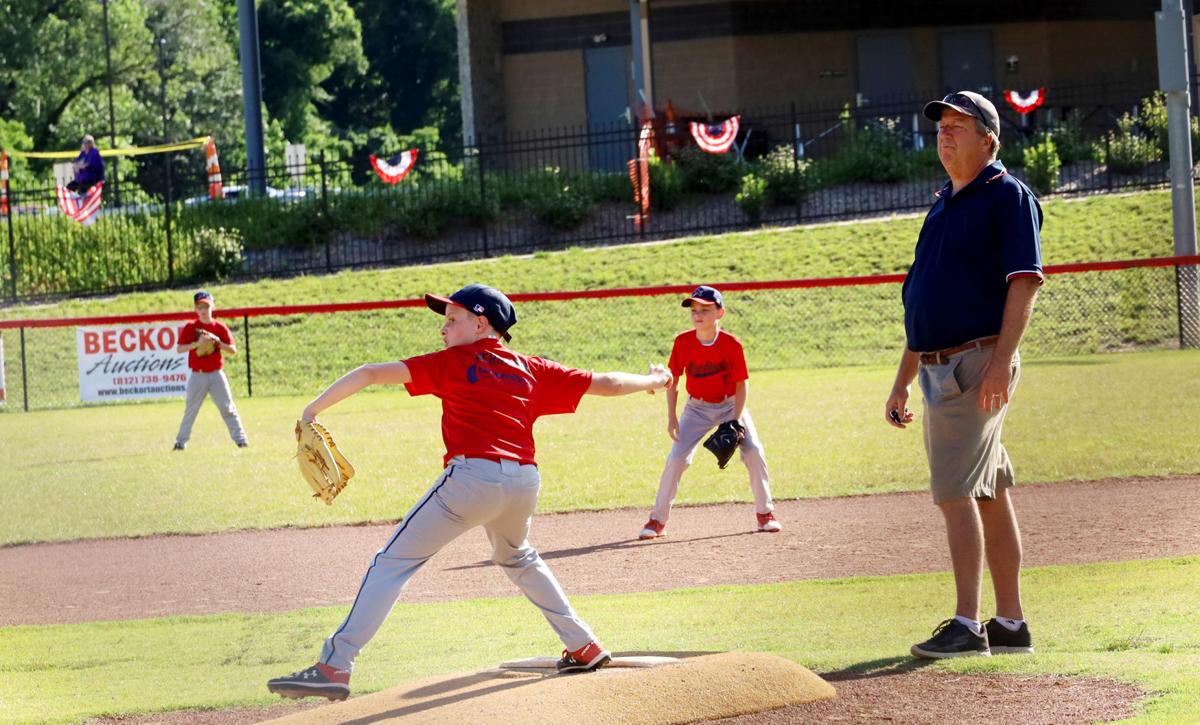 Will Herrmann rares back to fire a pitch during a game in the minor division at New Albany Little League. The umpire, normally positioned behind the plate, is calling balls and strikes 6 feet behind the mound.

Spectators space out while enjoying a sunny night of New Albany Little League baseball on Wednesday.

A rare sight at a Little League park, bleachers are empty behind the plate during New Albany Little League action. Fans are required to space out along the fence line.

Will Herrmann rares back to fire a pitch during a game in the minor division at New Albany Little League. The umpire, normally positioned behind the plate, is calling balls and strikes 6 feet behind the mound.

Spectators space out while enjoying a sunny night of New Albany Little League baseball on Wednesday.

One phrase is synonymous with starting a baseball game.

The seven diamonds at Baptist Health Fields at Kevin Hammersmith Memorial Park are usually bustling with pings of ball bats, screams of “safe” and “out” come spring. New Albany Little League, packed with teams up and down its divisions of T-ball, baseball and softball, had a delayed start to the 2020 season, which kicked off mid-June.

Three outs are still the norm to end an inning, as is getting your glove and pants dirty. There are, however, some rule changes on and off the field as NALL put parameters in check to see baseballs and softballs return to action amid the COVID-19 pandemic.

“I think it’s gone pretty well,” said NALL president Justin Endres. “People are appreciative of the efforts to just be here. Sometimes we’ve taken baseball for granted and now they seem excited for the season to start. We have a lot of modified rules. It’s working. I see kids smiling and we’re having fun.”

Between the foul lines, the modifications start with positioning the umpire behind the pitcher’s mound. Normally, the umpire would be close behind the catcher to call balls and strikes, but for now, they are set behind the mound. Foot taps, air fist bumps and tips of the cap have replaced the high-fives, too. A time limit has been set, as well, of 1-hour, 15-minutes per game. It’s a firm clock — no matter the score, situation or if the visiting squad is up to bat — the contest will conclude.

One of the main reasons for the clock is traffic control. Not by vehicle, but foot.

“There is always a crossover when we play two games a night,” said Endres. “We would have batting cages open for batting practice before games. We’d basically have both sets of teams here before the other two teams left (after their game).”

For the time being, the batting cages are closed on game days. All warm-ups take place on the field, spaced out in the outfield. Start times were adjusted as well with game one’s first pitch at 5:45 and the night cap at 7:30.

“And we spaced the games earlier so we can get people in and out,” Endres said. “That has helped a lot. It really cuts down on people hanging around and enjoying the ballpark like they normally would. But, everyone is cutting back on being here too long to make this right.”

The beauty of Baptist Health Fields is there are seven diamonds that can host a mix of baseball and softball on a given night. Usually half the fields are in use for the weekday games.

The bat and ball sport is naturally one where players are spaced out. Traffic in the dugouts is down as well, with only three allowed inside when a hitting team is at bat. The remainder of the roster is to be spaced out behind the fence.

Spectators have been encouraged to bring lawn chairs and pick a spot a safe distance from one another down the foul lines. The bleachers near the backstop at each field are off limits. Markings are also on the ground to keep seekers of drinks and snacks at the concession stand within distancing guidelines. One thing prohibited is sunflower seeds and gum, which keeps the youngsters from spitting.

“Not everyone loves our restrictions, but a lot of leagues around the state reached out to us and copied some things we did,” said Endres. “I’m not sure there is a solid right way, but we’re doing the best we can.”

The facility has increased its frequency of cleaning as well. Equipment isn’t share amongst players, either. Wearing face coverings are optional for players, coaches and spectators but not those working concessions.

Endres said he loves what Little League sports offers the youth of the community. He also knows how to get their attention.

“Our rookie kids (mostly 7- and 8-year-olds), half of them know the score and care who is winning and the other half don’t,” he said. “When we got beat pretty bad the other day, I asked the kids, ‘Is this better than e-Learning?’ I got a big ‘Yeah.’ So they aren’t stuck at home. I was curious if we’d have issues with risk tolerances, but the hard reset made people aware [to be] the best they can be.”

And as teams focus on safety, a new tradition has taken over at the end of the game. Handshake lines are gone, replaced by players and coaches tipping their caps and yelling pleasantries across the brick dust.

“For all the tension people have had in their lives — school, jobs disrupted — it’s been really positive,” said Endres.