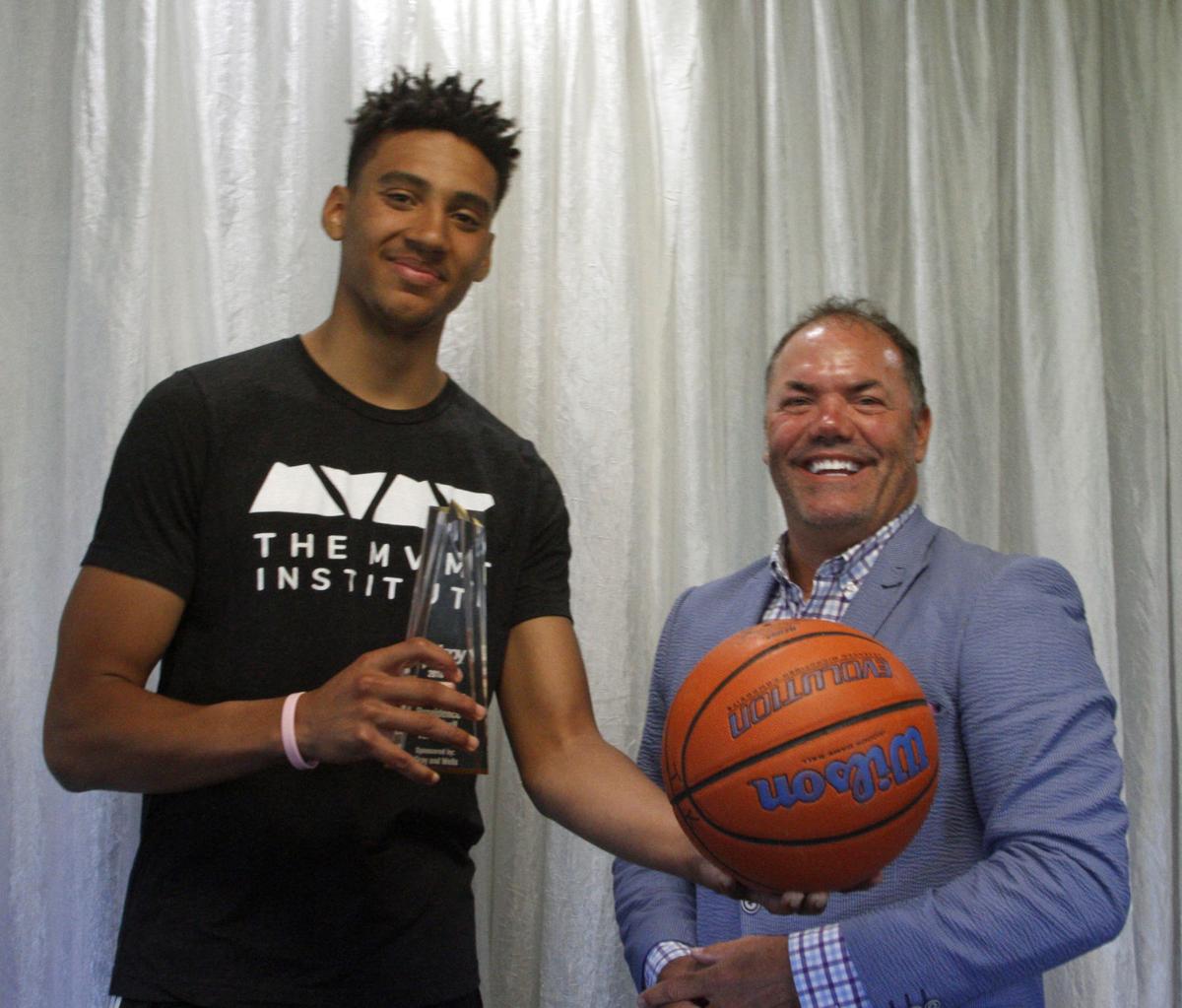 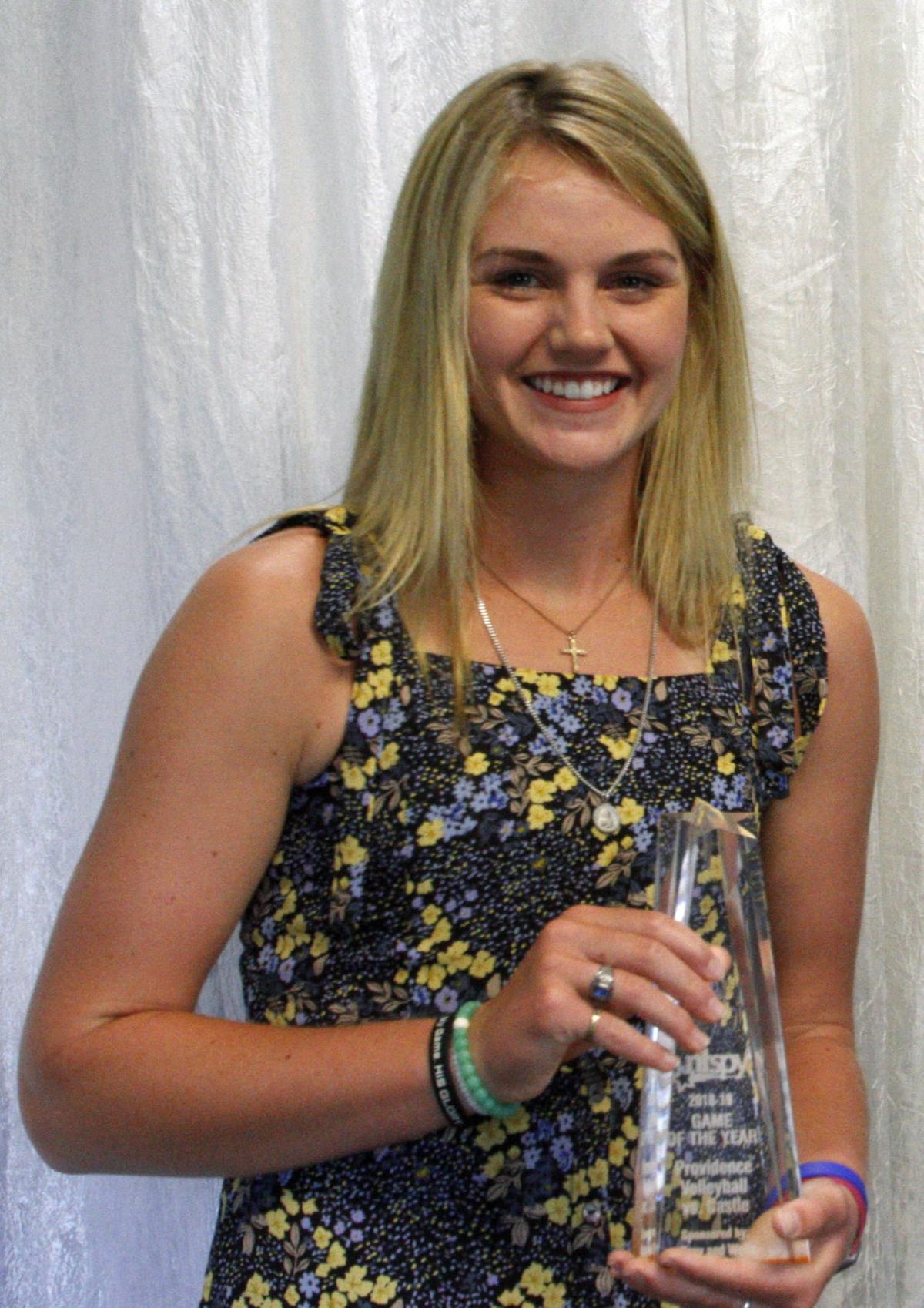 Providence senior Natalie Boesing was named the Girls’ Multi-Sport Athlete of the Year for the third straight time. She also won Girls’ Basketball Player of the Year. She will play college tennis at Butler University. 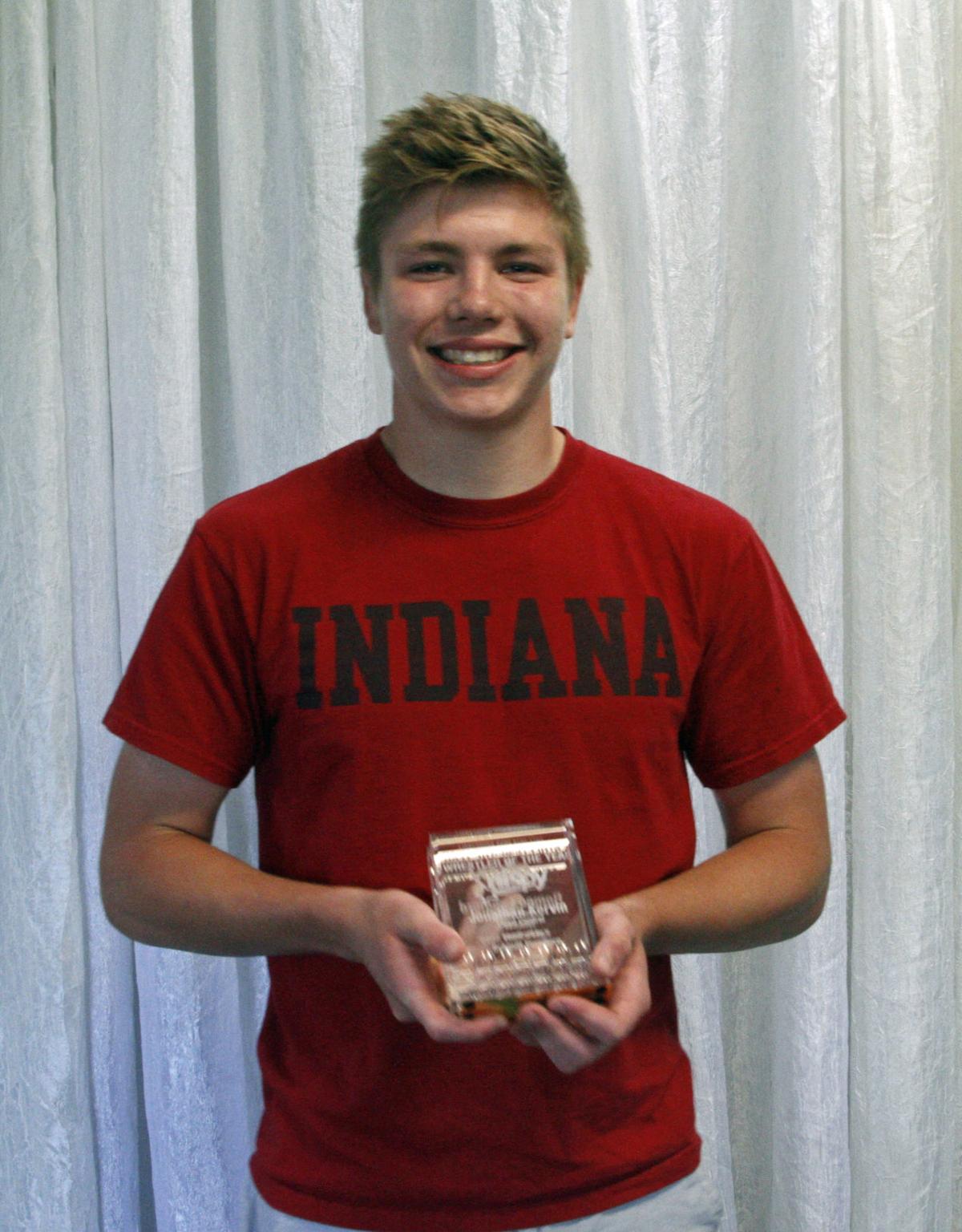 Floyd Central senior Jonathan Kervin won the NTSPY for Wrestler of the Year for the second straight time. He also won Clutch Performance of the Year. He will continue his wrestling career at Indiana University.

Providence senior Natalie Boesing was named the Girls’ Multi-Sport Athlete of the Year for the third straight time. She also won Girls’ Basketball Player of the Year. She will play college tennis at Butler University.

Floyd Central senior Jonathan Kervin won the NTSPY for Wrestler of the Year for the second straight time. He also won Clutch Performance of the Year. He will continue his wrestling career at Indiana University.

JEFFERSONVILLE — One state champion and several future Division I athletes highlighted the list of winners at Tuesday night’s NTSPY Awards.

The seventh annual News and Tribune Sports Performance Yearly (NTSPY) Awards were held online this year due to the coronavirus pandemic.

“I’m just so honored to win the award because there are so many great athletes out there,” he said.

Kervin won Wrestler of the Year for the second year in a row and also captured Clutch Performance of the Year for his comeback victory in the 152-pound championship match at the IHSAA State Finals. In that match he trailed 7-4 in the third, and final, period before pulling off a Turk — one of his patented moves — with about 1 minute, 30 seconds left. He then held his opponent on his back for the remainder of the match to get the win.

Boesing, a standout in cross country, basketball and tennis (which along with all the other spring sports was canceled), was named the Girls’ Multi-Sport Athlete of the Year for the third year in a row. This year she also added Girls’ Basketball Player of the Year to her award haul. The 5-foot-11 forward averaged 23.7 points, 10.6 rebounds and 1.8 steals per game for the Pioneers.

“Basketball is my favorite [sport] just because of how light and fun it always was for me,” said Boesing, who will play tennis at Butler University. “I really liked Coach [Brad] Burden and all of my teammates. I like all the sports I do, or I probably wouldn’t do them, but basketball was definitely the most enjoyable for me.”

“It’s such an honor and I’m just so glad that I can be recognized this way because it’s just a reflection of my team, the people I play with, my coaches and my family,” said Hornung, who helped the Pioneers to a 29-2 record and their ninth straight sectional title. “It’s awesome.”

Liddle was the only other repeat winner.

“I want to thank my parents for always supporting me and my teammates for always helping me push through practices and meets and my family who always supports me,” the Lipscomb University-signee said. “And God, of course, for giving me this gift.”

“Thank you to all my coaches who have stood with me this entire time and who have supported me and helped train me for this,” said Owens, who will attend IUPUI with the hopes of becoming a doctor one day. “And I thank all my teachers as well who have prepared me for my college career after high school.”

Rock Creek senior Bailey Brown was named the Girls’ Student-Athlete of the Year. The volleyball standout was her class valedictorian.

Sturgeon was named Coach of the Year after leading the Highlanders to an 18-6 record and their first sectional title in 31 years before the state tournament was eventually canceled due to the coronavirus.

“During the course of the year we really had some terrific leadership of some seniors who were playing really their first varsity basketball themselves,” Sturgeon said. “We had a couple close calls there throughout the season, which would’ve been easy for the team to get off-track. [But] our older guys really kept us heading in the right direction and we stayed the course even though we went through a stretch of losing three games in a row at one time and really came back and were really playing fantastic in the tournament and won two games there by a significant margin and were just playing great.”

Meanwhile the Silver Creek boys’ basketball team, which followed up its state championship season by going 25-2 and winning its third straight sectional title while being ranked No. 1 in Class 3A throughout the 2019-20 campaign.

“The title ‘Team of the Year’ is great, because we have a bunch of really good players, and any coach will tell you that it’s all about the players, and that’s what I’m most proud of is the work they did throughout the year,” Dragons coach Brandon Hoffman said. “Any coach, they remember their losses more than the wins. We had one loss in January where we didn’t finish the game very well, we lost to Bloomington South, who was undefeated and number one in the state. We outplayed’em, I thought, the whole game and probably played one of our best games of the year, but we didn’t finish real well. From that game forward we started working on things that may have been areas we needed to approve on and just avowed not to lose again, and we didn’t.”

Jeffersonville won a trio of awards. Senior Megan McEwen was the Girls’ Swimmer of the Year while football and wrestling standout Ethan Rogers, also a senior, was the Boys’ Multi-Sport Athlete of the Year. Additionally, the boys’ basketball team won Game of the Year for its last-second triumph at Floyd Central.

The Lifetime Achievement Award was given to long-time News and Tribune writer Chris Morris, who covered high school sports for many years, while all of the Class of 2020 student-athletes were honored with the Inspiration Award for their collective perseverance.

• Game of the Year: Jeffersonville boys’ basketball beat Floyd Central 49-46 during the regular season on Jacob Jones’ 3-pointer at the buzzer.

• Inspiration Award: Class of 2020 student-athletes for their collective perseverance during the coronavirus pandemic.