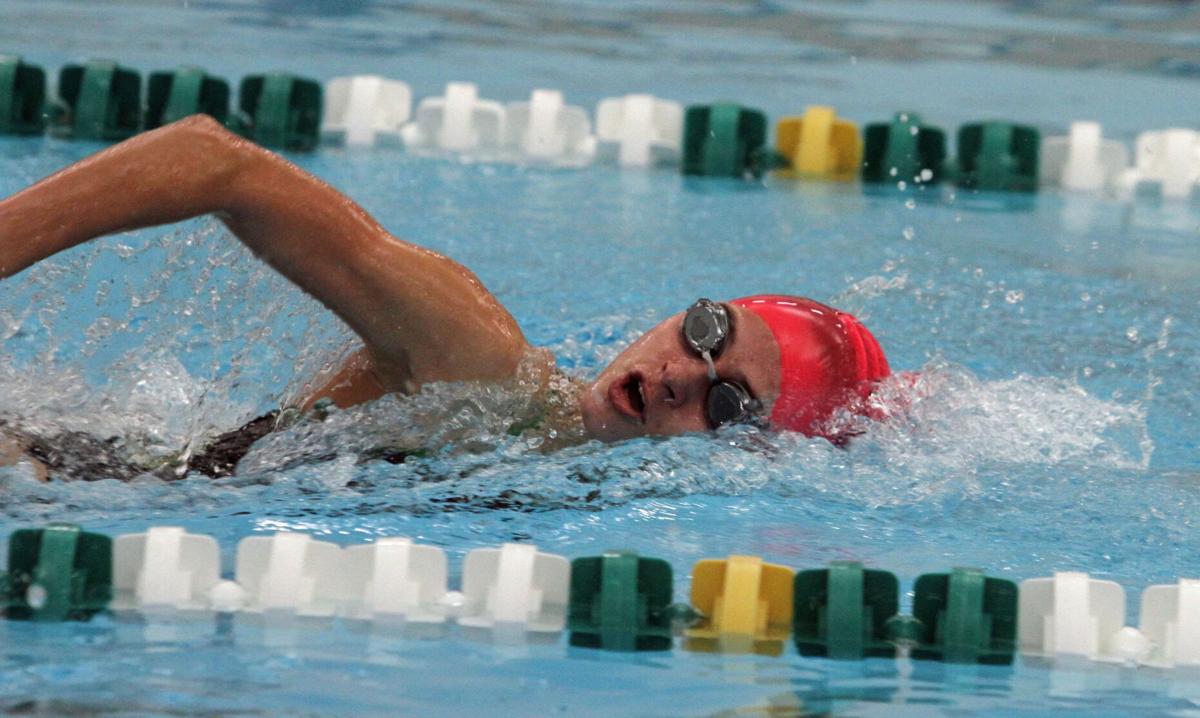 Floyd Central sophomore Savanna Liddle won four events at the Hoosier Hills Conference Championships this past season.Individually, she captured the 50- and 100-yard freestyle events, both in personal-best times. She also was the anchor leg on Floyd’s victorious 200 medley and 400 freestyle relay teams. 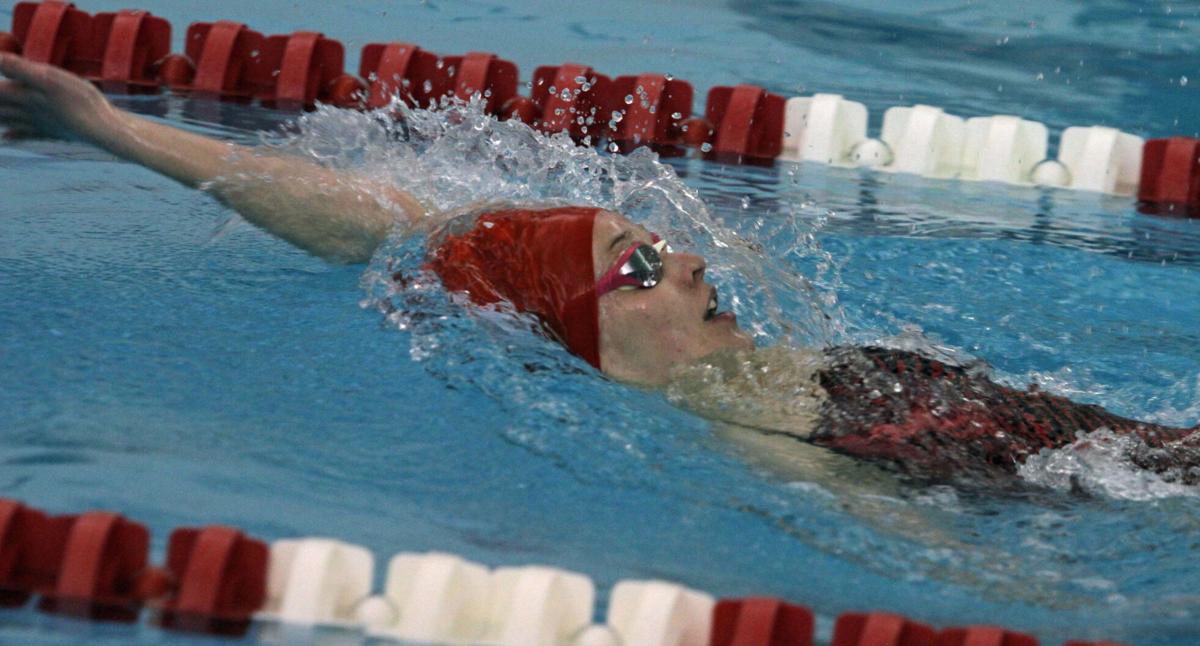 Jeffersonville senior Mairin Klaus helped the Red Devils to runner-up finishes in the Hoosier Hills Conference Championships and the Floyd Central Sectional. At the HHC meet, she was a member of Jeff’s victorious 200-yard freestyle relay team, then turned around and won the very next event — the 100 backstroke. 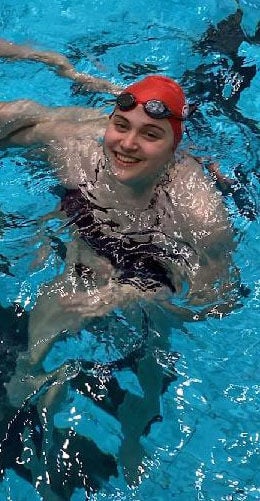 Jeffersonville junior Katelyn Case won four events at the Floyd Central Sectional this past season. Individually, she claimed first in the 200- and 500-yard freestyle events. Case also was a member of the Red Devils’ victorious 200 medley and 200 free relay teams.

Several girls made big waves in the pool this past winter.

Among those were Jeffersonville junior Katelyn Case, Jeff senior Mairin Klaus and Floyd Central sophomore Savanna Liddle, who are the three finalists for the News and Tribune Sports Performance Yearly Awards (NTSPYs) Girls’ Swimmer of the Year.

The winner will be announced June 24 during the NTSPY Awards, which will be held online for the second straight year.

Case followed up a strong sophomore season with a breakout junior campaign.

At the Hoosier Hills Conference Championships, Case captured the 200 freestyle and was second to teammate Emily Miller in the 500 free. She also teamed with Klaus, Sydney Flora and Samantha Elsner to win the 200 freestyle relay. Case also helped the Red Devils’ 200 medley relay team to a runner-up finish.

Three weeks later, she had a hand in all four of the Red Devils’ victories at the Floyd Central Sectional. Individually, Case claimed first in the 200 free and 500 free events.

“I mainly focused on my 500 free and my 200 free and I think I did pretty good throughout the entire season,” she said. “I think it really showed off at sectionals.”

Case also combined with Klaus, Flora and Rileigh Dethy to capture the 200 medley relay and teamed up with Flora, Klaus and Elsner to win the 200 freestyle relay.

”State, it was a lot of fun,” she said. “I liked going with the team. I think state is more just about the experience rather than winning everything. I think it’s just more of an exciting thing to do with your team.”

Case hopes to carry the momentum of her junior campaign into her senior season.

“Hopefully I can go 4-for-4 again next year,” she said of the sectional, “and try and get recruited for college, and make my times faster.”

Klaus had a very solid senior season for the Red Devils, even though it was unlike any of her previous ones due to COVID-19 protocols.

“Obviously (the season) was really different than all the rest of them. We did lots of different stuff with our practices being different and our meets being really different, but it was really fun,” she said. “We came together as a team really well, even though we had to stay far apart physically.”

Three weeks later, she helped Jeff win the 200 medley and 200 freestyle relays — the fourth and fifth titles of her career — at the Floyd Central Sectional.

“It was super-exciting. The 200 medley relay is the first event of the meet and our team was not seeded to win and it was a big upset for the other team not to win it. It was really exciting for us and it really set the tone of the meet,” said Klaus, who went on to finish second in both the 50 free and the 100 backstroke.

Six days later at the IHSAA State Finals, Klaus and both of her relay teams took 13th in their respective heats.

”It was really fun,” she said of her third state meet. “I was just glad I got to go again just for my senior year and bring it all together and be with my team again.”

Klaus plans on attending Northern Arizona University in the fall.

Liddle followed up her fine freshman campaign with a strong sophomore season.

“I had a good sophomore swim season,” said the cross country and track standout.

At the HHC Championships, Liddle won four events in helping the Highlanders to their fourth consecutive title. Individually, she captured the 50 and 100 freestyle events, both in personal-best times. She also was the anchor leg on Floyd’s victorious 200 medley and 400 freestyle relay teams.

“It was a fun experience,” she said of her first trip to the state meet. “I got to swim at the IUPUI pool. I didn’t get a PR at state, which I was hoping to get, but I still did good. I’m hoping to get top 16 next year at state in the 50 free and 100 free.”