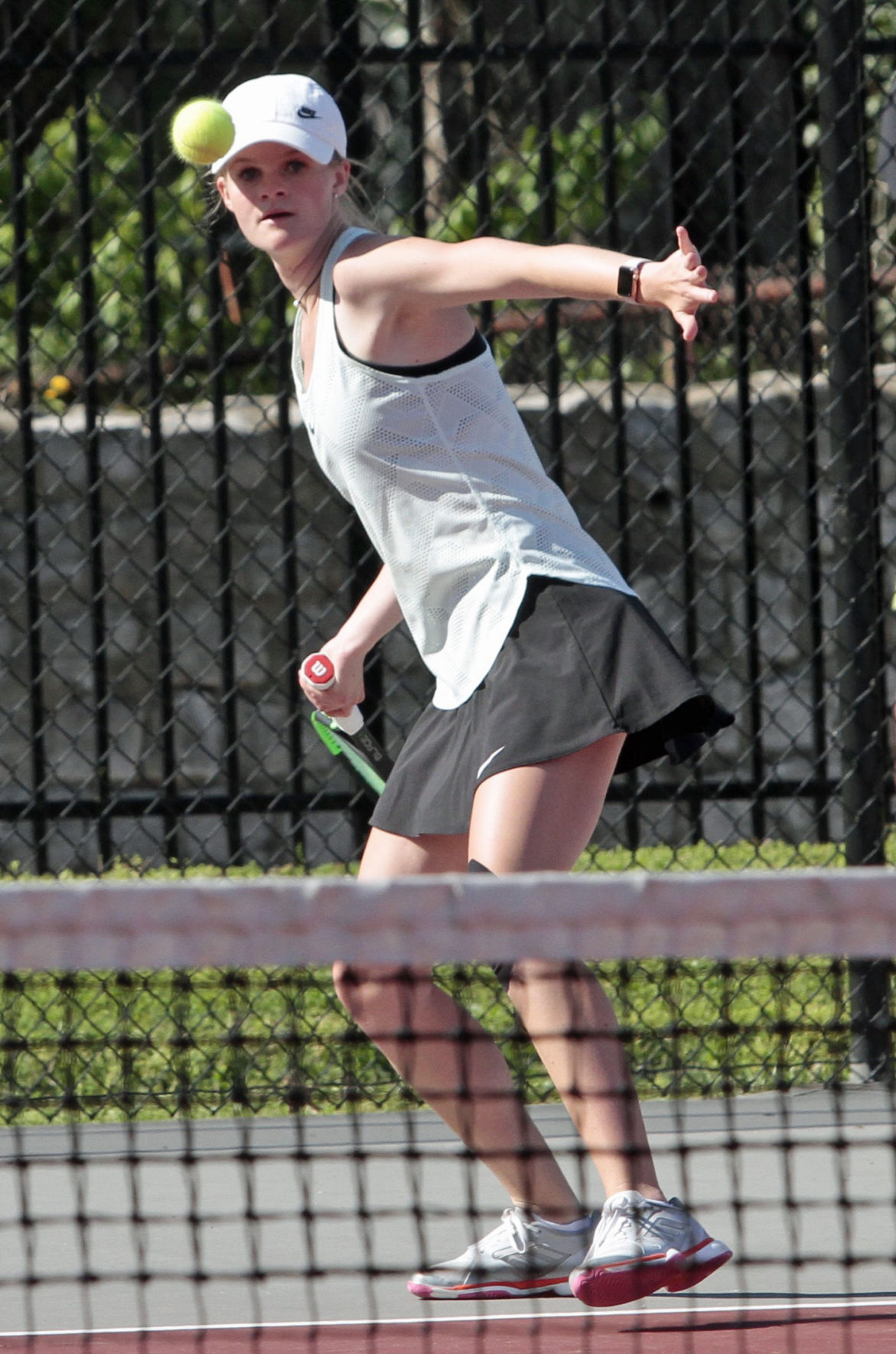 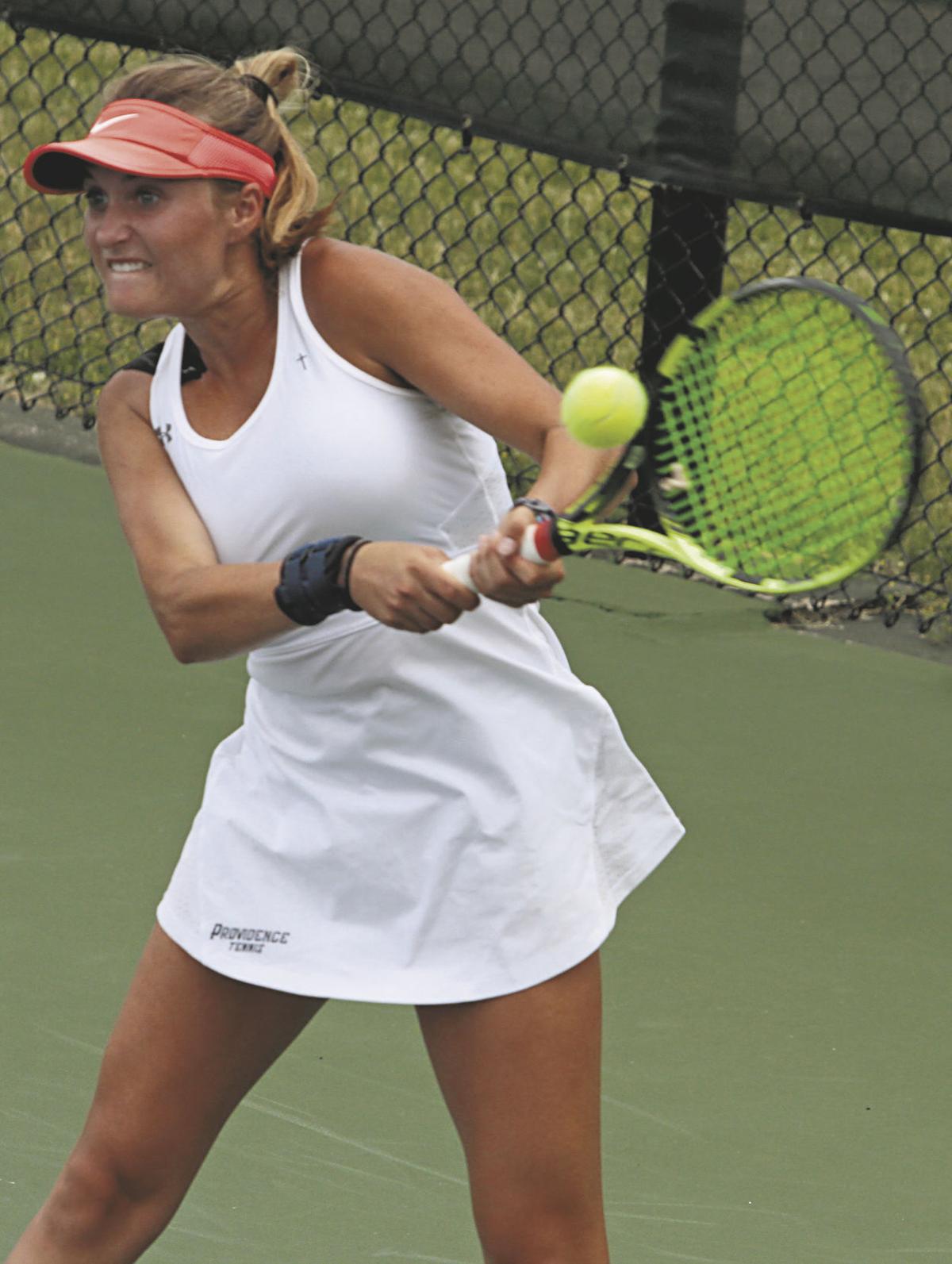 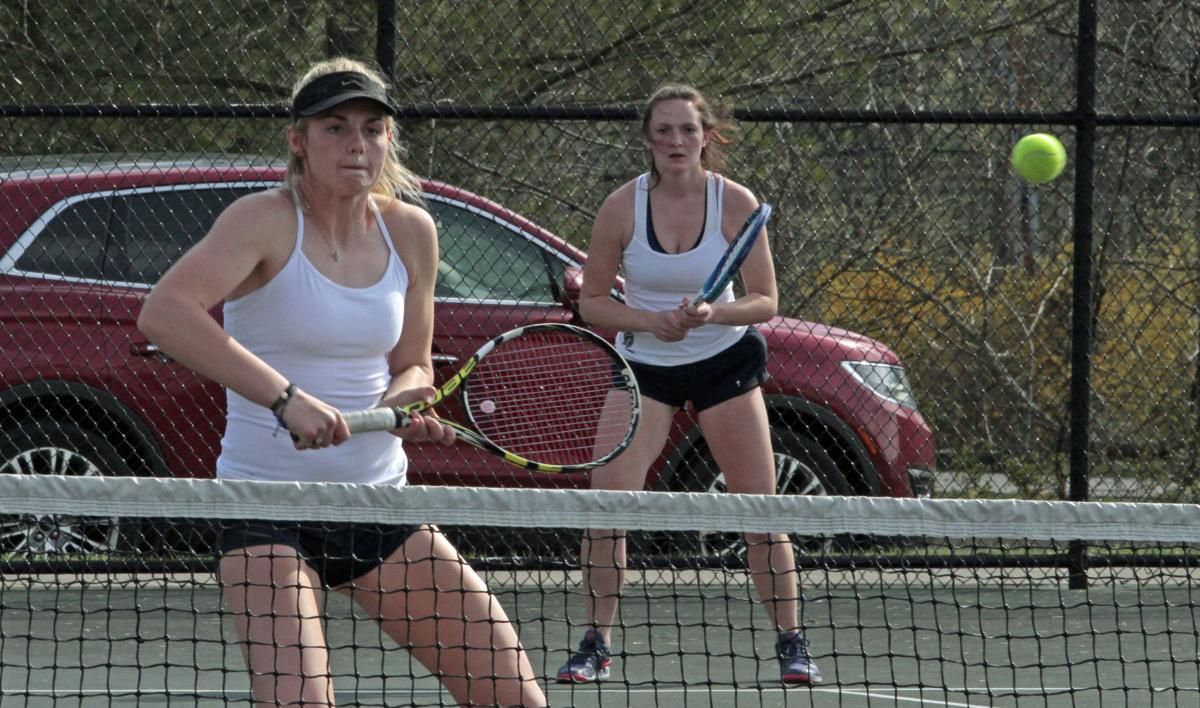 Providence's Natalie Boesing returns a shot during the Floyd Central Invitational on April 6, 2019. 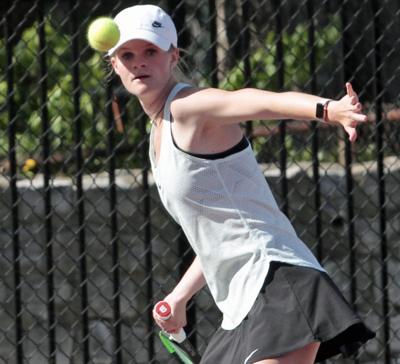 Providence's Natalie Boesing returns a shot during the Floyd Central Invitational on April 6, 2019.

Once again Providence was the strongest team in Southern Indiana, so it should come as no surprise that the Pioneers have two of the three finalists for Girls' Tennis Player of the Year.

Providence senior Halli Trinkle, the Pioneers' No. 1 singles player and the 2018 state champion, and junior Natalie Boesing, half of Providence's No. 1 doubles team that advanced to the IHSAA State Finals, represent the Pioneers. The other nominee is Floyd Central senior Jasmine Shireman, who helped lead the Highlanders to yet another sectional title.

The winner will be announced at the News and Tribune Sports Performance Yearly (NTSPY) Awards ceremony Tuesday at Eastside Christian Church in Jeffersonville.

Boesing, the Pioneers’ No. 2 singles player her first two years, made the switch to doubles for her junior season after Providence coach Scott Gurgol asked her to consider the move.

“I chose doubles just because it was something new, and because in college I’m going to have to play both eventually, so it was good to get some experience there,” she said. “Plus I got to play with Hannah Conder, who is one of my really good friends.”

The partnership worked out well. Boesing and Conder, a senior, lost only one regular-season match.

“We had a great season,” Boesing said. “We had some ups and downs at the beginning, like when we lost to North Oldham (Ky.), but we got back up again.”

They advanced to the IHSAA State Finals, where Yorktown’s Samantha and Sasha Academia outlasted them 6-2, 3-6, 7-5 in the quarterfinals. The Yorktown duo went on to lose to Evansville Memorial’s No. 1 team, which Boesing and Conder defeated handily during the regular season, in the semifinals.

“We lost to a really strong team in Yorktown. It was so close, it could’ve gone either way, we just had a couple unforced errors that cost us the match,” Boesing said. “I think if Hannah and I would’ve pulled that match out we would’ve made it to the state final. And I feel like we matched up well with Carmel.”

Next year Boesing hopes to make it back to state again.

“I’ll probably play number one singles and I’ll try to make a run at state individually next year, follow in Halli’s footsteps. I’m excited to be a senior and a leader and a captain," she said.

The senior had a solid season for the Highlanders as their No. 1 singles player. She posted a 15-9 record and went a perfect 5-0 against Hoosier Hills Conference opponents.

“Honestly it turned out better than expected,” said Shireman, who was a third-team All Area selection last year. “The team was very close and I’m happy with how I played for the most part.”

After helping the Highlanders to their 19th consecutive sectional title, Shireman’s season ended with a 6-0, 6-2 loss to Trinkle in the team regional semifinals.

“One of my highlights was getting a couple games off her, that was kind of exciting,” she said.

Shireman will continue her academic and tennis careers at the University of Southern Indiana.

“I’m really excited. I know it’s going to be a lot different than high school,” said Shireman, who plans on majoring in nursing. “I’m excited to play two seasons, play with people I’ve never played with before and travel to places I’ve never been before. I’m real excited for that.”

The senior advanced to the IHSAA individual singles state final for the second straight year.

Cathedral’s Ellie Pittman outlasted Trinkle, the 2018 state champion, 6-2, 6-4 in the title match. Trinkle finished her season with a 20-2 record. Her only losses were to the state champions from Kentucky and Indiana.

“Halli is a natural born leader,” Boesing said. “She has so much self-confidence and confidence in her game, that it’s so much fun to watch. She’s so passionate about the sport and she’ll do anything to get the win, and I admire her for that. She works so hard.”

Trinkle finished her four years at Providence with an 81-7 record. As a junior she became just the third female Pioneers athlete to win an individual state championship. Her other three seasons ended with a loss to the eventual state champion.

“I was pleased with [my career],” Trinkle said. “I’m really happy with the way I grew over the four years. I’d like to thank Scott [Gurgol], because he did a very good job coaching me. The whole team did a good job too.”

Trinkle will continue her career at the College of Charleston.

"I'm super-excited," she said. "The coaches are awesome. ... I'm really excited for what the future holds. I already know half my teammates and my roommate's on the tennis team, I'm super-excited for that too. I think we have a good thing going at Charleston."

NTSPY FINALISTS: Looking at all the finalists in each category