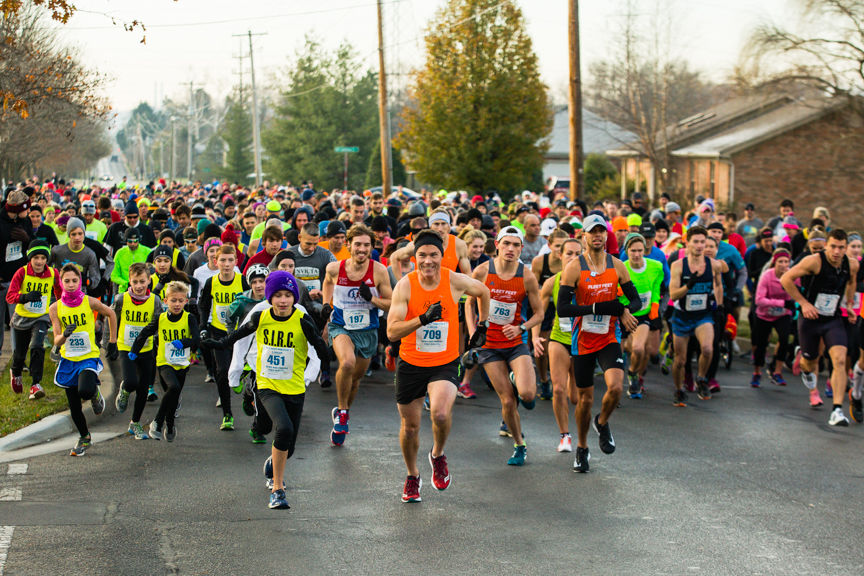 Runners take off to start the 29th Annual Fast Freddie’s Festive Five-Mile Foot Feast in 2017. This year’s race will be run virtually. 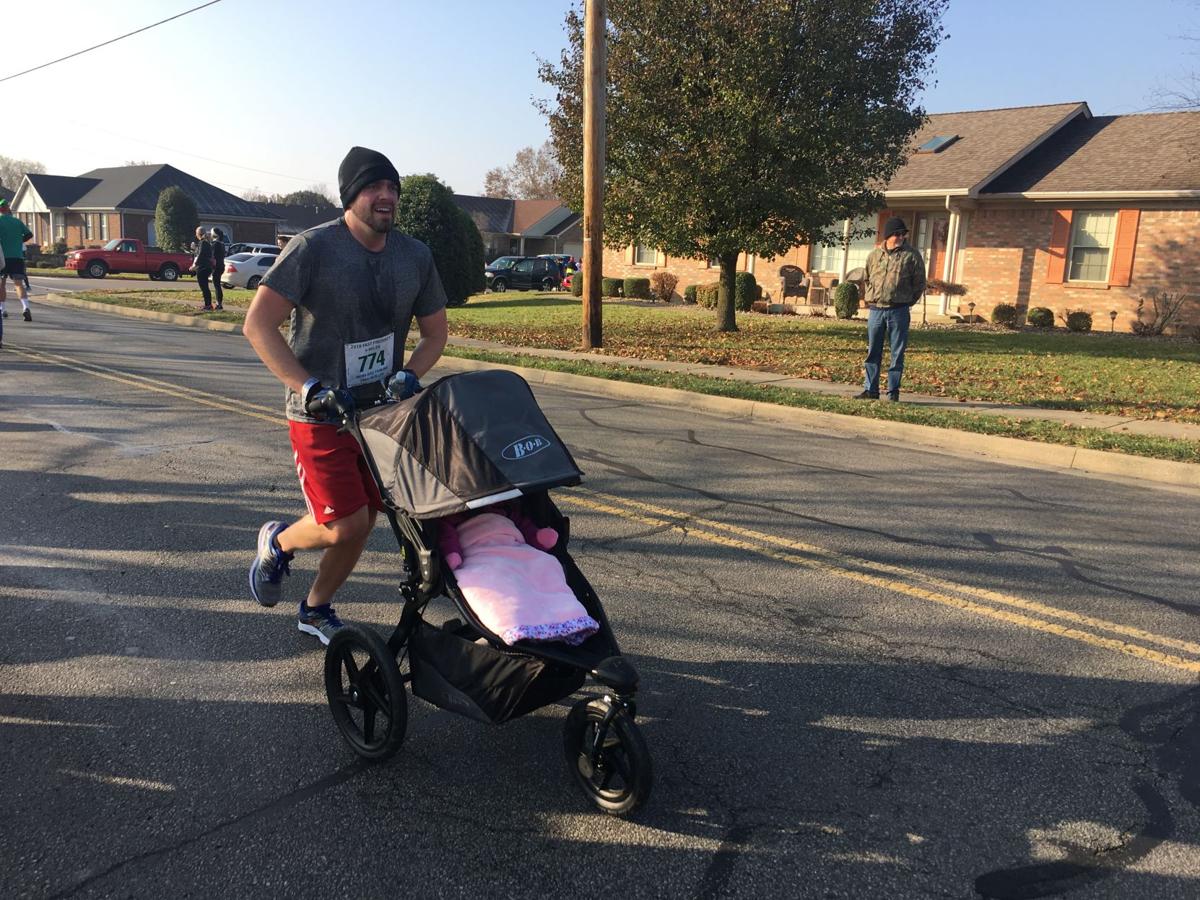 A man races past the Floyd County 4-H Fairgrounds with a stroller while running in Thursday's Fast Freddie’s Festive Five-Mile Foot Feast in 2018.

Runners take off to start the 29th Annual Fast Freddie’s Festive Five-Mile Foot Feast in 2017. This year’s race will be run virtually.

A man races past the Floyd County 4-H Fairgrounds with a stroller while running in Thursday's Fast Freddie’s Festive Five-Mile Foot Feast in 2018.

Next week’s Fast Freddie’s Festive Five-Mile Foot Feast, a Thanksgiving staple as much as turkey and mashed potatoes in Southern Indiana for more than 30 years, will be unlike any of its previous races.

That’s because this year, the 32nd annual 5-mile run on Thanksgiving morning will be virtual.

As recently as last week, organizer Fred Geswein had hoped to have the race that usually begins and ends at the Floyd County 4-H Fairgrounds in-person. However, after consulting with local health department officials, the decision was made that the race be run virtually due to COVID-19.

“We knew going in that this was a possibility, we knew this back in June and July. Everybody’s having to adjust and we’re part of that,” Geswein said. “We’ve been adjusting through this whole daggone thing, but reluctantly we are going to have to go virtual.”

Even before the move to virtual Geswein noted that registration numbers, as expected, were down.

“Normally we’d have in the neighborhood of 800 people,” he said.

As of Thursday afternoon, Geswein said, around 400 had signed up so far. As a result of the move to virtual, however, registration continues for the race. Cost is $20.

“A good thing about this is, since it’s virtual, we don’t have to deal with bib numbers, so we’ve opened up late entry again,” he said.

Another advantage of the race being virtual, Geswein noted, is that runners can use their best time between now and Nov. 29 as their official time.

For those who purchased a T-shirt, mask, want their bib number or plan on participating in the virtual costume contest, drive-thru packet pickups will be available on Tuesday and Wednesday at the 4-H Fairgrounds. The first will be from 3:30 to 5:30 p.m. Tuesday. Then, there will be two pick-up times Wednesday: 11 a.m. to 12:30 p.m. and 3:30 p.m. to 5:30 p.m.

As always, a portion of the proceeds from the race will go to Type 1 diabetes education at Baptist Health Floyd.