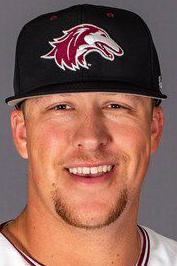 Philip Archer (Southern Illinois): The Floyd Central graduate, a senior first baseman on the baseball team, hit .344 with five doubles, one triple, one home run and 18 RBIs while starting 18 games for the Salukis. He also tallied a .500 slugging percentage and .430 on-base percentage while ranking third in the Missouri Valley Conference in hits (22). He recently received his B.S. degree in Sports Administration and will return to SIU for his final season next year.

Jordan Balz (Lindsey Wilson College): The Silver Creek graduate, a freshman infielder on the softball team, hit .333 while appearing in six games, starting one, for the Blue Raiders, who went 12-1. She also scored three times and stole a base.