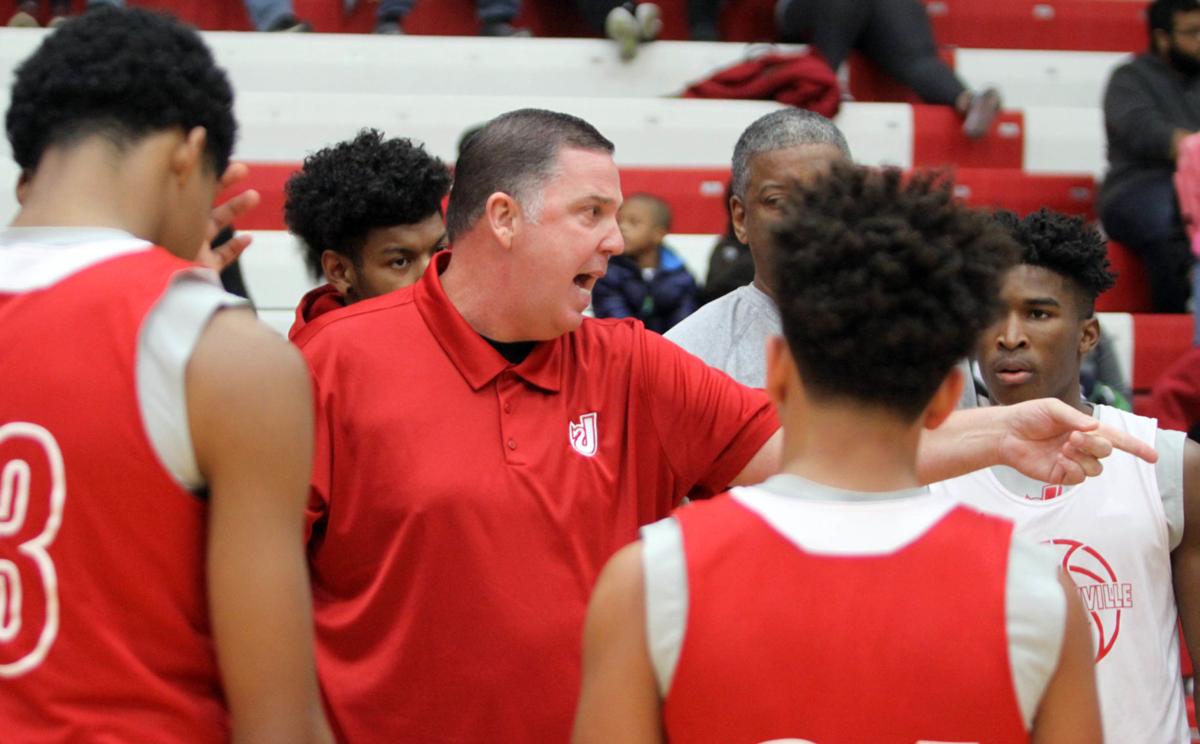 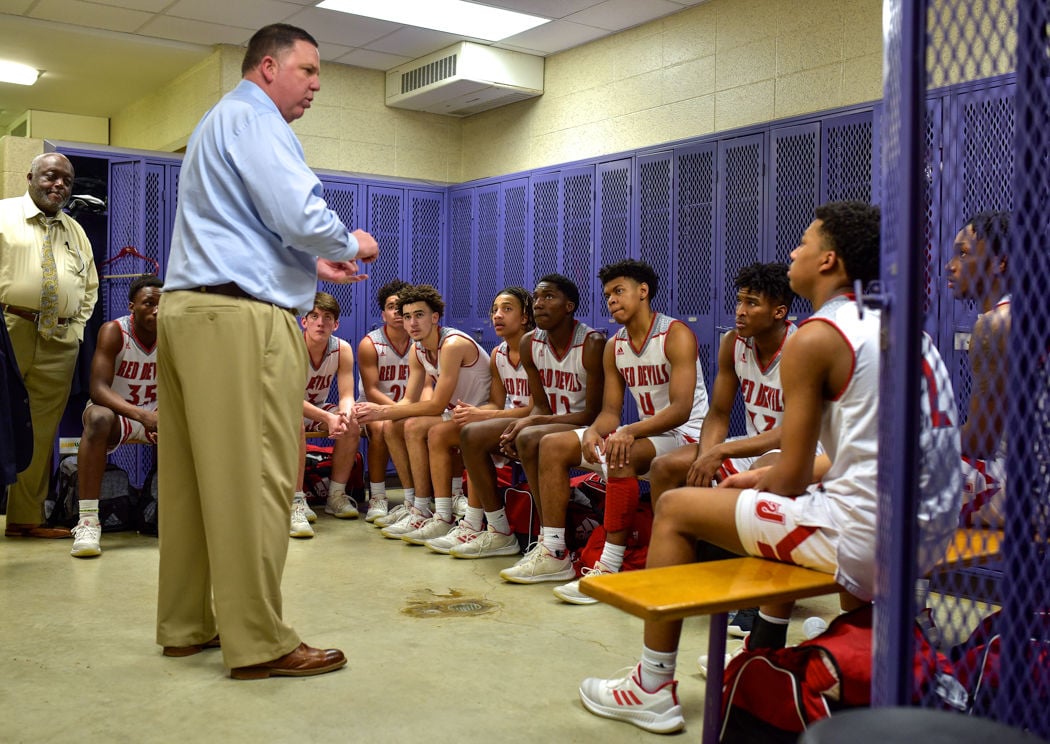 The Red Devils gather around Coach Joe Luce in the locker room following Jeffersonville's 75-54 win over Bedford North Lawrence in the opening round of the 4A Seymour Sectional. Staff photo by Tyler Stewart

The Red Devils gather around Coach Joe Luce in the locker room following Jeffersonville's 75-54 win over Bedford North Lawrence in the opening round of the 4A Seymour Sectional. Staff photo by Tyler Stewart

JEFFERSONVILLE — Joe Luce has resigned his post as boys' basketball coach at Jeffersonville High School following four seasons on the sideline at Johnson Arena, according to a statement released to local media that cites a desire to be closer to his and his wife's family.

"I am resigning my position as principal of the engineering and manufacturing academy and boys' basketball coach at Jeffersonville High effective September 3," Luce wrote. "I am proud of the accomplishments I've been associated with both during the school day and on the court. I look forward to following my players throughout the upcoming school year and after. The opportunity to be closer to my family and my wife's family is something I am very excited about."

"It was a surprise," Satterly told the News and Tribune. "I don't know specific details but greatly appreciate the job coach Luce has done to bring us back to a state power. I wish him and his family the best in whatever that holds for them."

The timing of Luce's departure is untimely. The Red Devils, coming off a Class 4A Seymour Sectional crown that was Luce's sixth, are considered one of the top contenders for a state championship in the 2019-20 season. Luce didn't return requests to elaborate on his resignation.

"I've been very fortunate to coach with a lot of coaches. We had some success," Miles said. "We had things going in a positive direction. We've got things turned around and have a good group of kids that should be able to represent Jeffersonville well. It's just one of those deals. We just have to move on. A decision had to be made and we have to go forward from there."

Newly-hired assistant coach Chris Moore will take over the day-to-day operations of the program as the search for the new head coach begins, according to a news release issued by Greater Clark School Corporation.

Moore, a Louisville native, has had a long career as college basketball assistant coach, mostly at the mid-major level. Moore will be on staff in some capacity this season.

"Chris has coaching experience with Southeast Missouri State, Wright State University, Morehead State University and more," Satterly said. "The Jeffersonville High School program consists of many talented student-athletes that have excelled the past several years. I am completely confident that our players and the program will continue to be successful.”

Luce arrived in Jeff following great success at Richmond, winning a 2014 sectional title and sectional and regional crowns in 2015 to cap a 46-7 two-year run. Luce took the job offer at Jeffersonville when his position as dean was cut, according to reports in the Palladium-Item in Richmond.

Prior to Richmond, Luce led Marion to a 2008 state runner-up finish following a game when Brownsburg's Gordon Hayward hit a last-second shot after the Giants took the lead on the previous possession.

One incident of misconduct was made public during his time at Jeff. In February 2017, Luce was suspended for a sectional game. According to a News and Tribune report, the incident that led to the suspension was apparently in his role as Jeffersonville High School's Dean of Students, not as the basketball coach.