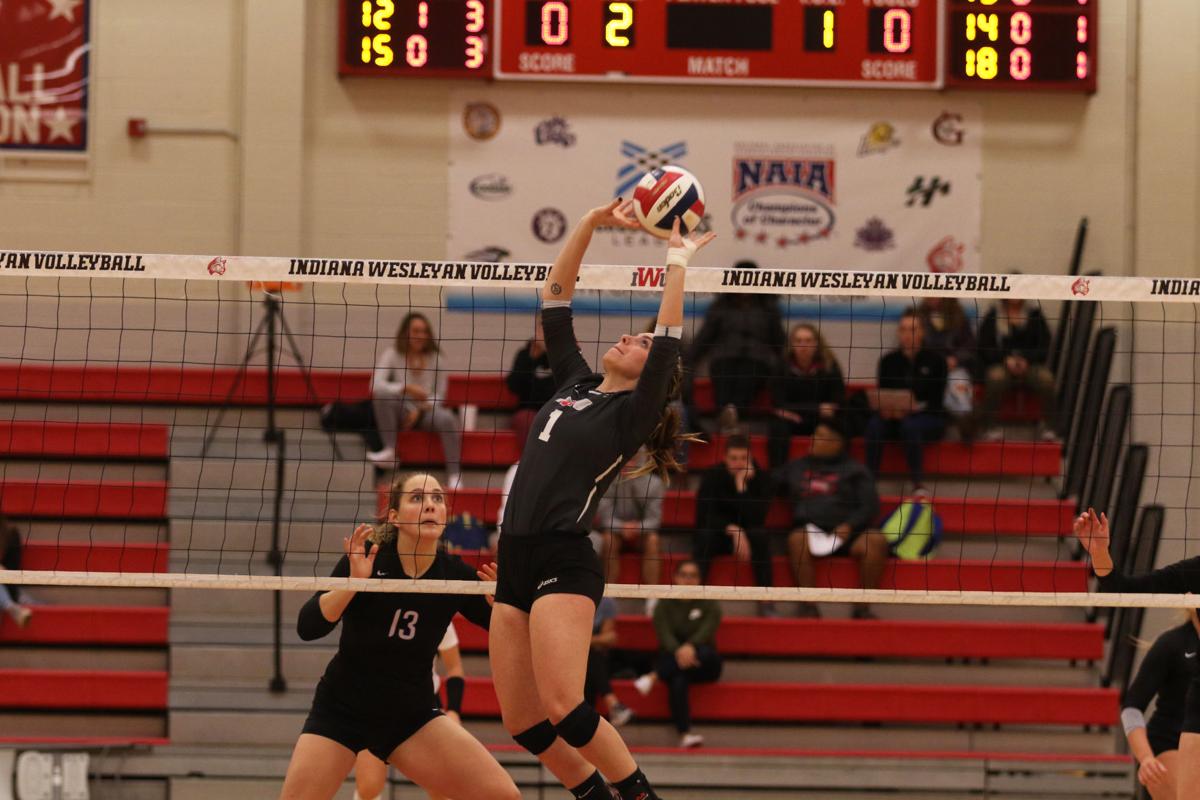 Alex Falcone sets during a match this season for Indiana Wesleyan, the No. 3 team in NAIA entering the national tournament. 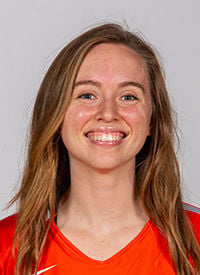 Alex Falcone sets during a match this season for Indiana Wesleyan, the No. 3 team in NAIA entering the national tournament.

Former Silver Creek setter Alex Falcone is set to begin the postseason for Indiana Wesleyan, the No. 3-ranked team in the NAIA.

She's one of two former Dragons in the NAIA National Championship — the other being Abby Falcone, a right-side hitter for Milligan University who is also her younger sister.

The likelihood of Alex, 22, and Abby, 20, facing off for their respective teams might be a long shot. Milligan's Buffs enter the tournament unranked and need to win Saturday's opening round match to advance to Sioux City, Iowa, for the pool-play round Dec. 3. But Milligan has finished the season on a tear.

"My whole family's been talking about it. My mom [Kelly] said it makes her sweat just thinking about it," said Abby, adding that the sisters have always been close and share a passion for volleyball. "We're super close. We've been attached at the hip since we were little. We played on the same club team and same school team. We've done a lot together. We're seven hours away now. I always miss her when I'm away."

Alex would relish the chance to share the court with her sister again. "My parents would hate it. It would be super fun," she said.

Alex was named Setter of the Year in the Crossroads League after leading the team to the regular-season and tournament championship. She ranks second in the entire NAIA with an average of 11.9 assists-per-set.

Falcone said preparing for this season had some urgency this off-season as she transferred from Greenville University in as a junior and was behind a veteran starter in her first year on the Marion, Indiana, campus.

The Wildcats' national ranking makes them one of the top contenders for a national title.

"I think we have one of the best chances. We're busting our butts in practice. We really want it. We've beat teams that have won the national championship. We're not going just to be there. If we play our game, and stick together, we'll come out pleased with our performance," Alex said.

Alex said the Indiana Wesleyan squad has become a strong team throughout the season.

"Coming into this season, we all made the decision to play for each other and be defined, not by volleyball, but by what God says about us. It's freed us to play the way we've been playing. Wins and losses aren't going to define who we are. The coaches and players have the same mission," Alex said.

Abby's Milligan squad has also come together in a big way after a slow start. The Buffs (24-11) had an 11-10 record entering October before catching fire for a 13-game winning streak.

"We didn't start how we thought we would. we came back from it. We started playing together as a team. That's the real success in our year. We started gelling together and trusting each other, the fact that we've been able to get here, has been a lot of fun," said Abby, who ranks fifth on the team with 153 kills. "Last year, we made it all the way to the final site. That was an amazing experience for us. We wanted to get back."

ANOTHER SETTER OF THE YEAR

Former Providence standout Lexie Libs was named Ohio Valley Conference Setter of the Year in her second year as a starter for Jacksonville State.

She became the first JSU player to earn an individual postseason award since Abbey Breit was named 2007 OVC Player of the Year. Libs was a five-time setter of the week during the regular season, and enters Thursday's tournament opener with the 17th-most assists in Division I volleyball with 1,116. She guided an offense that led the conference in hitting percentage, and displayed her all-around athleticism with the third-most digs on the team and fourth-most blocks, while added 80 kills from her setter spot.