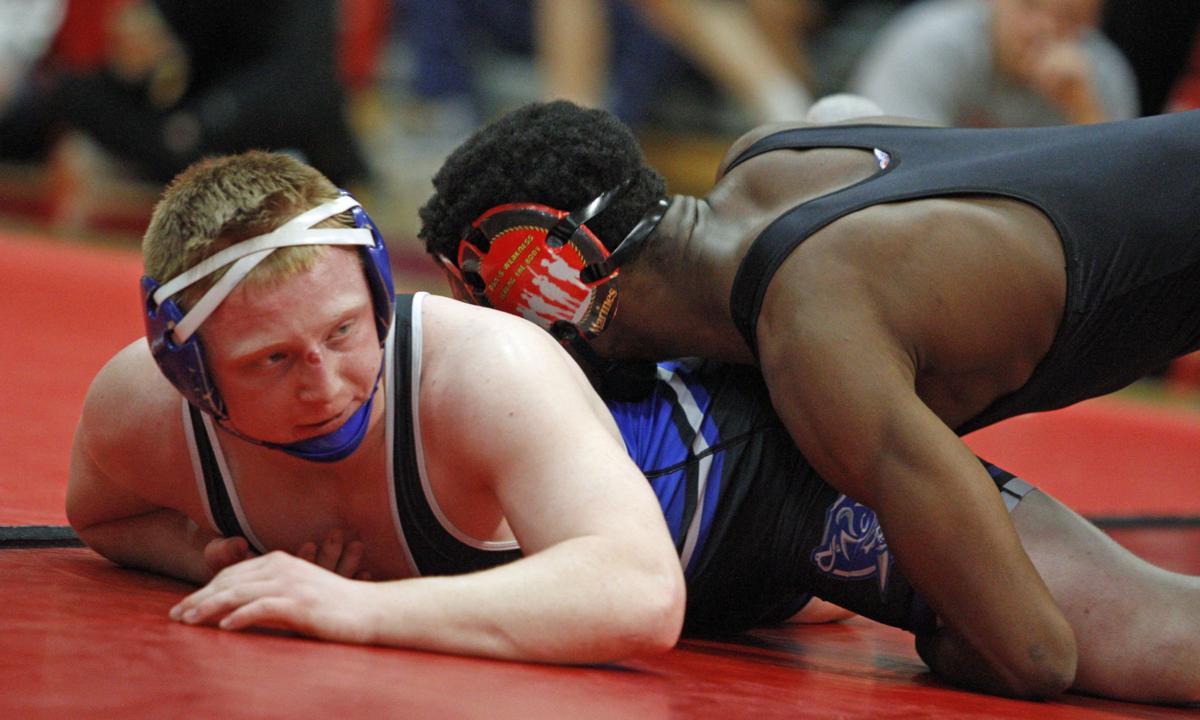 Clark and Floyd county wrestlers will look to take the next step on the mat Saturday with the opportunity to advance to the Evansville Semistate.

Floyd Central and New Albany travel to the Bloomington South Regional, which is scheduled to begin at 9 a.m.

Meanwhile Jeffersonville hosts a regional that includes all of the remaining Clark County grapplers. The host Red Devils will have a wrestler in all 14 weight classes after advancing out of their sectional last week. The Jeff Regional is slated to start at 10 a.m.

The top four finishers in each weight class at both regionals advance to Feb. 15's Evansville Reitz Semistate in the Ford Center.

The Red Devils have a good mix of youth and veteran wrestlers in action.

At 113, Red Devils’ junior Robert Cline takes a 26-16 record into his match against Bryce Turner (31-8) of Madison. Borden senior Carlos Huerta (15-8) will take on Noah Lykins of Columbus East.

At 120, Jeff’s Devin McDaniel, the Hoosier Hills Conference champ with a 26-11 record, takes on Jayden Criswell (36-2) of Scottsburg. Charlestown’s Colin Knox (32-1) wrestle’s Cameron Canada of Southwestern in another first-round matchup.

At 132, Jakob Lewellen (26-8), a Charlestown sophomore, wrestles Nate Baniser of Seymour, with the winner to take on the winner of East’s Reece Fisher (20-19) and Providence senior Chase Aldridge (32-6). Jeff’s Jeramiah Cain (18-21) is in the opposite side of the bracket.

Borden’s Lody Cheatham (18-7), a sophomore, takes on Columbus East junior Tyler Williams (19-9) in the first round.

Jeff senior Cody Matherly (35-6) looks to add a regional title to go with his sectional crown at 195. He takes on Alec Boggs of Switzerland County. Charlestown’s Manuel Ordorica (27-5) looks to get through the other side of the bracket.

Red Devils’ heavyweight Matt Munoz (24-3) is the favorite, but Brown County freshman Sam Allen (25-3) could pose a threat in the second round.

New Albany’s Amari Dejesus (24-3), a freshman, takes on Logan Moore of Northview in his first-round match.

At 152, Jonathan Kervin, No. 2 in the state with a 34-1 record, draws Tuff Fender of Bloomington South in the first round.