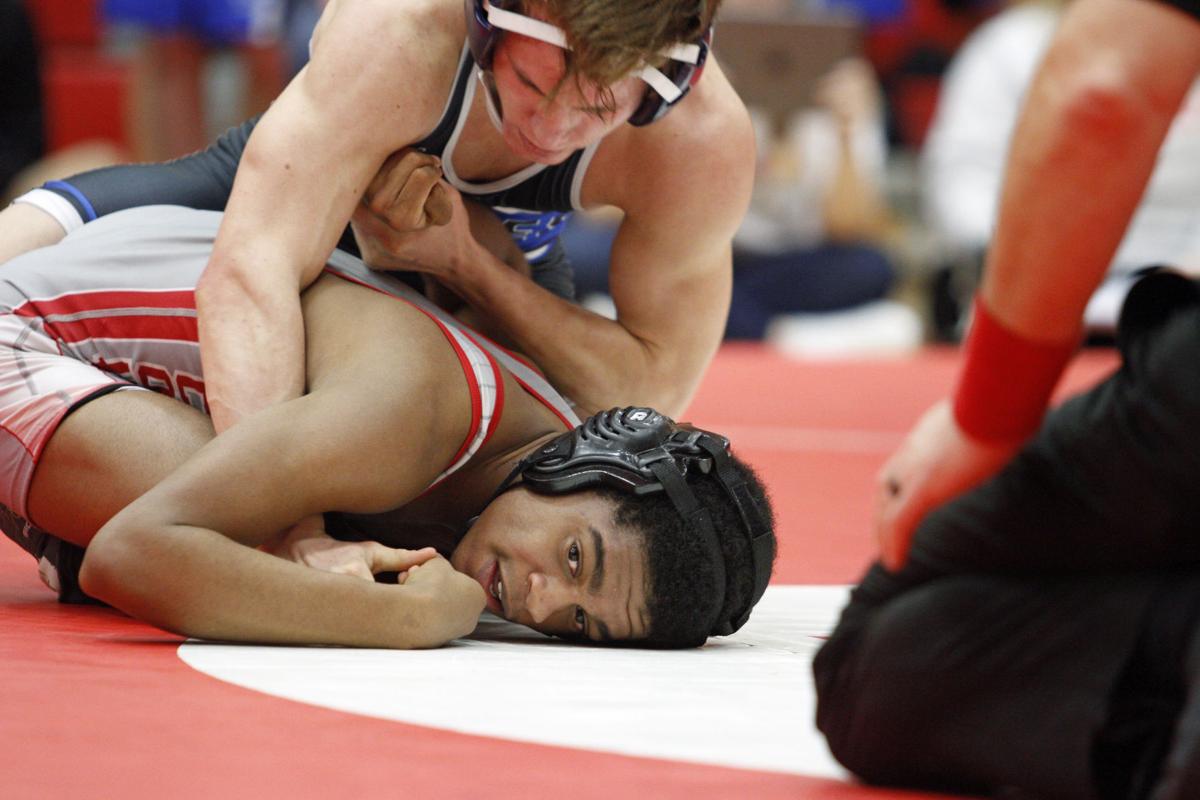 Jeffersonville junior Devin McDaniel contemplates his escape as Charlestown junior Colin Knox has him down on the mat. Knox eventually pinned McDaniel in 5 minutes, 13 seconds, but the Red Devils defeated the Pirates 54-19 Wednesday night at Johnson Arena. 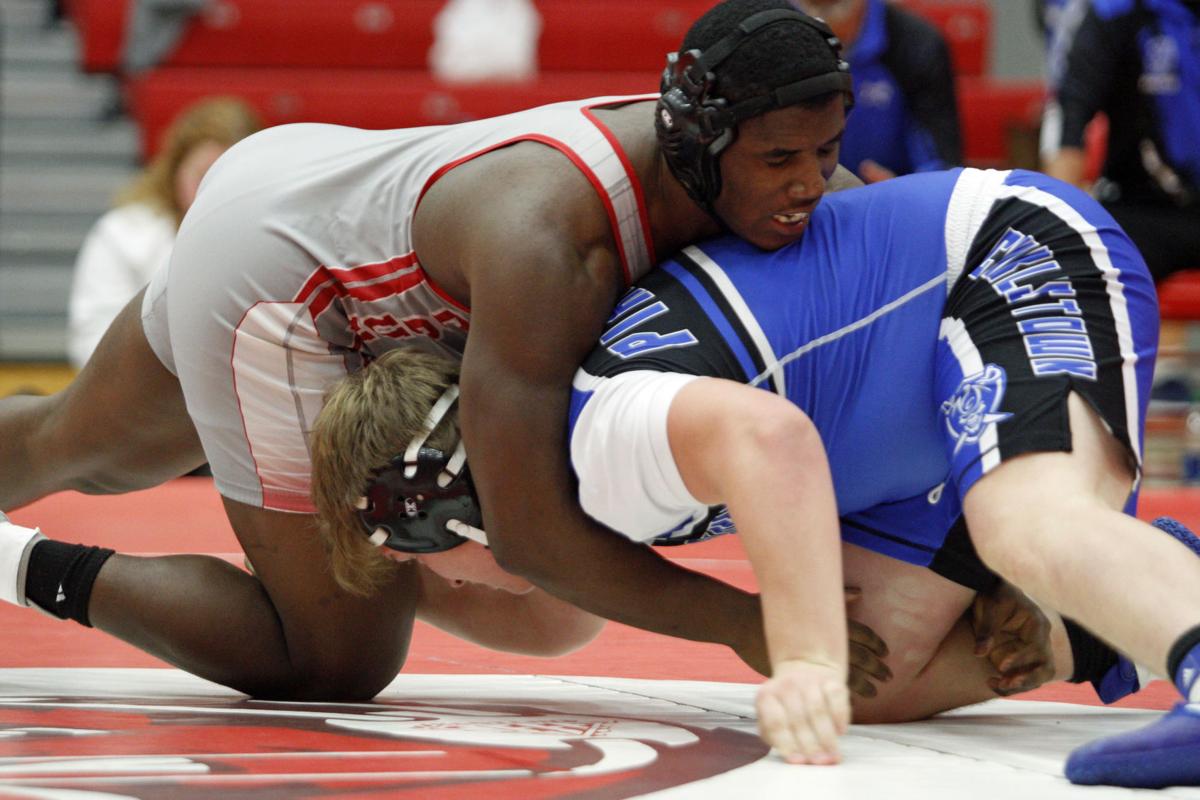 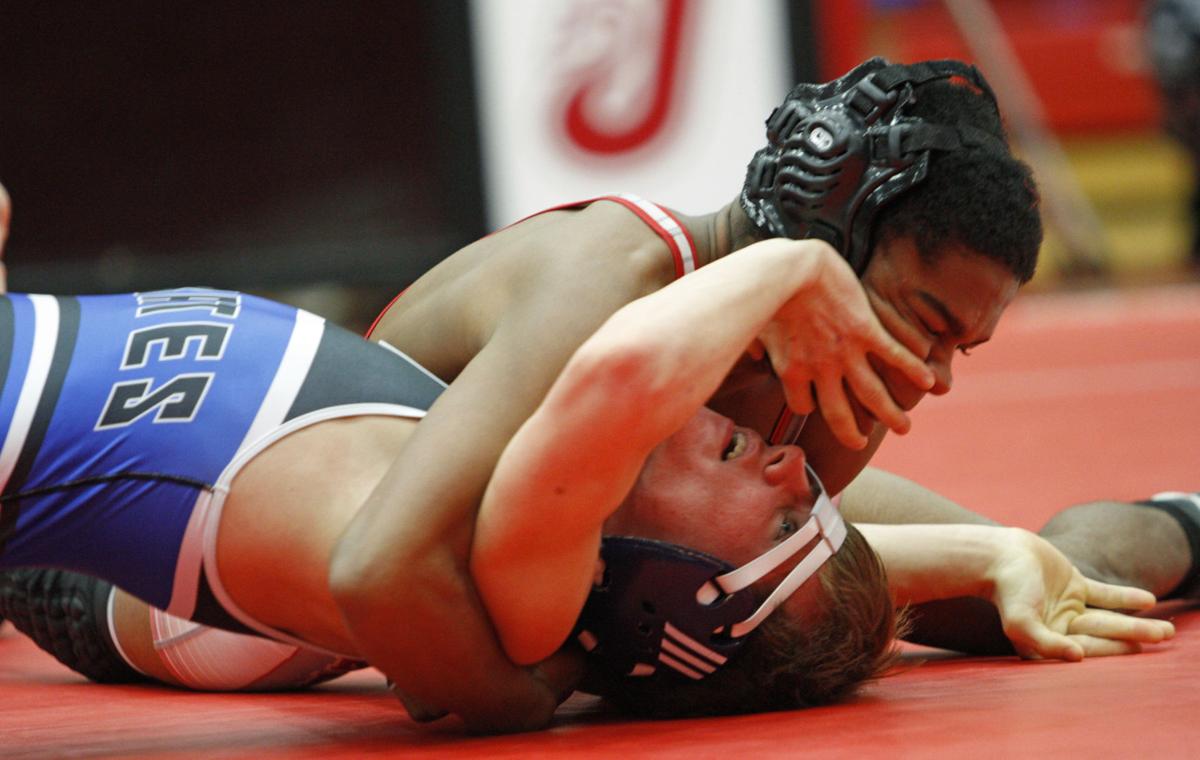 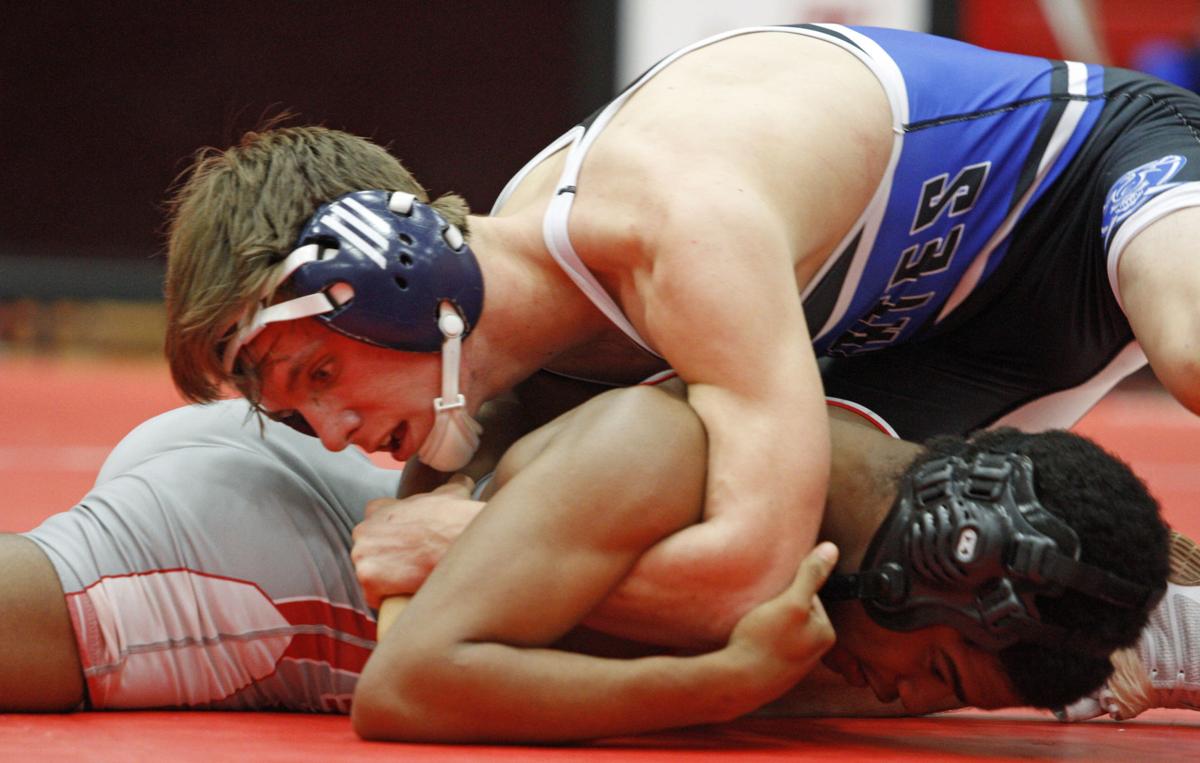 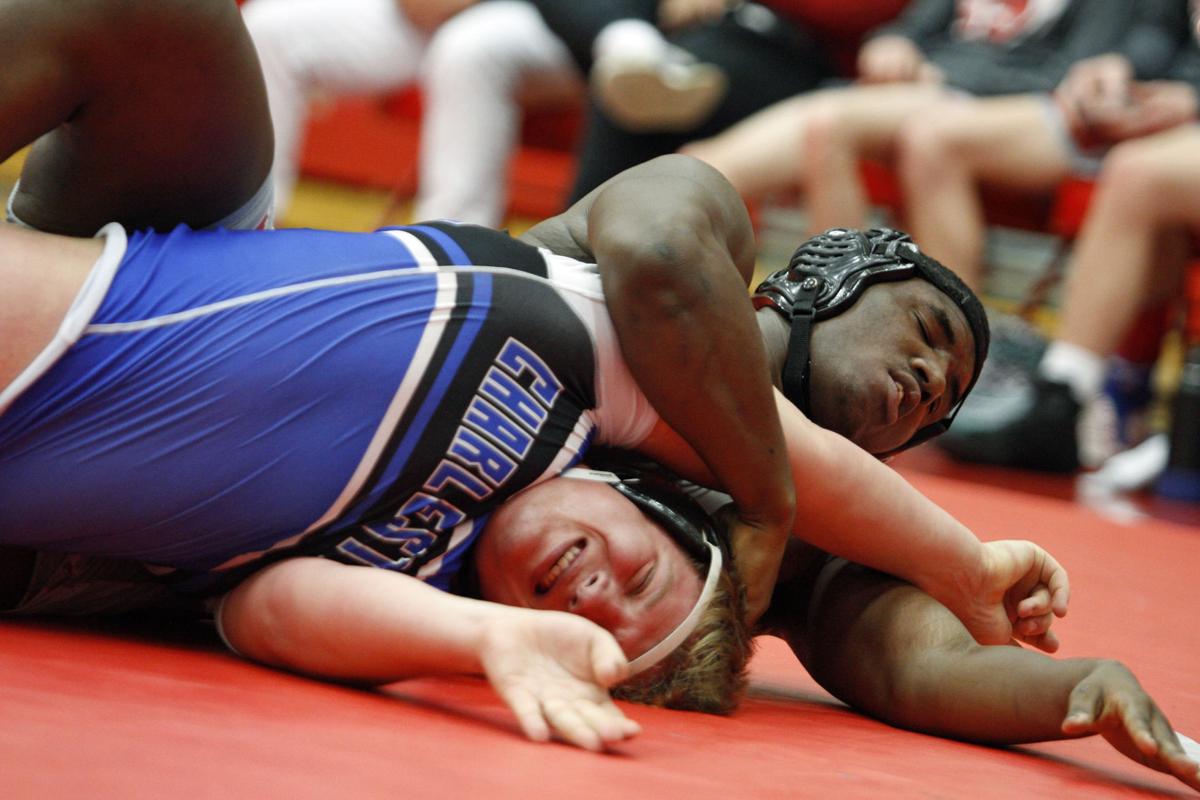 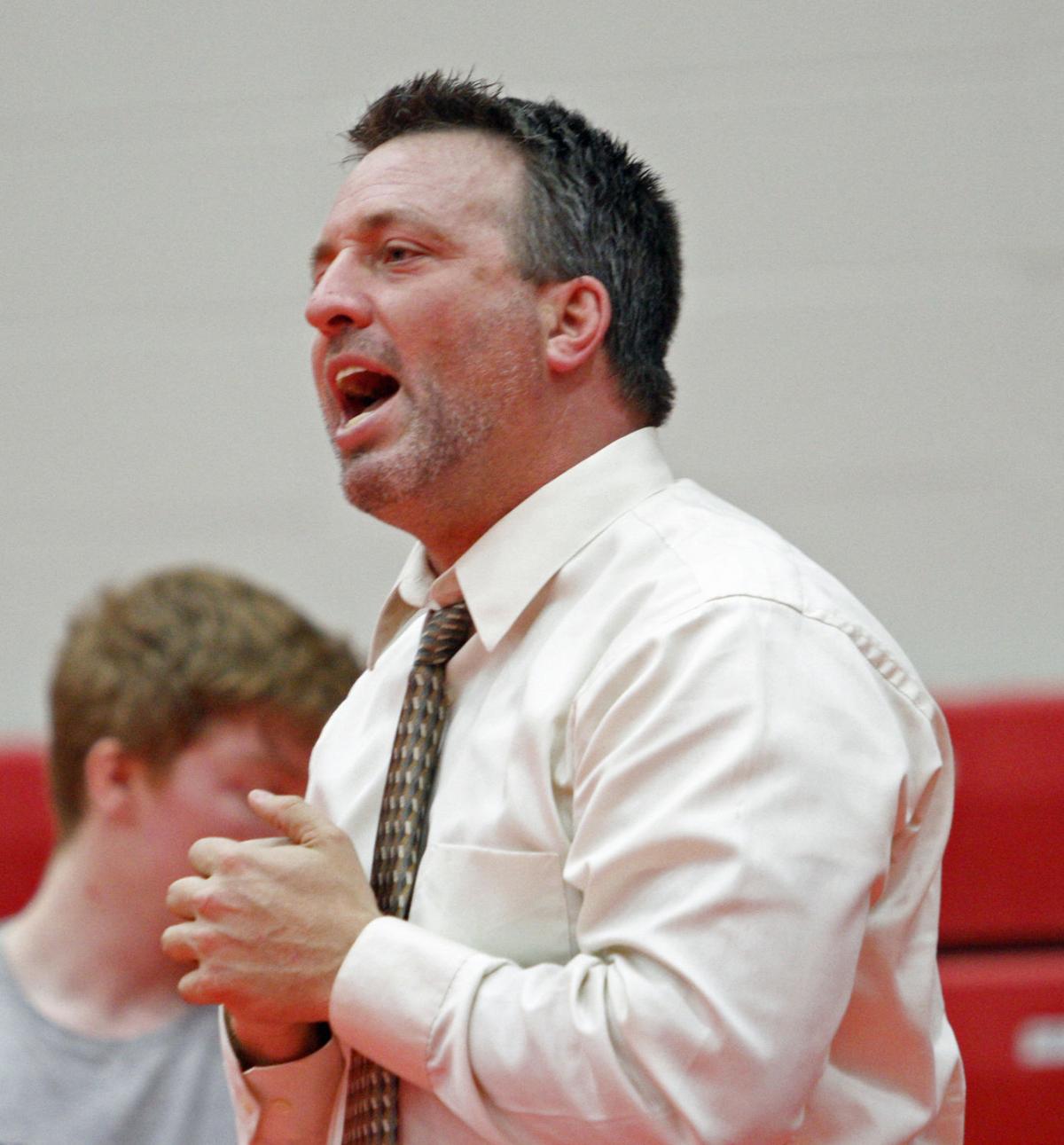 Jeffersonville coach Danny Struck offers encouragement to one of his wrestlers during a match. 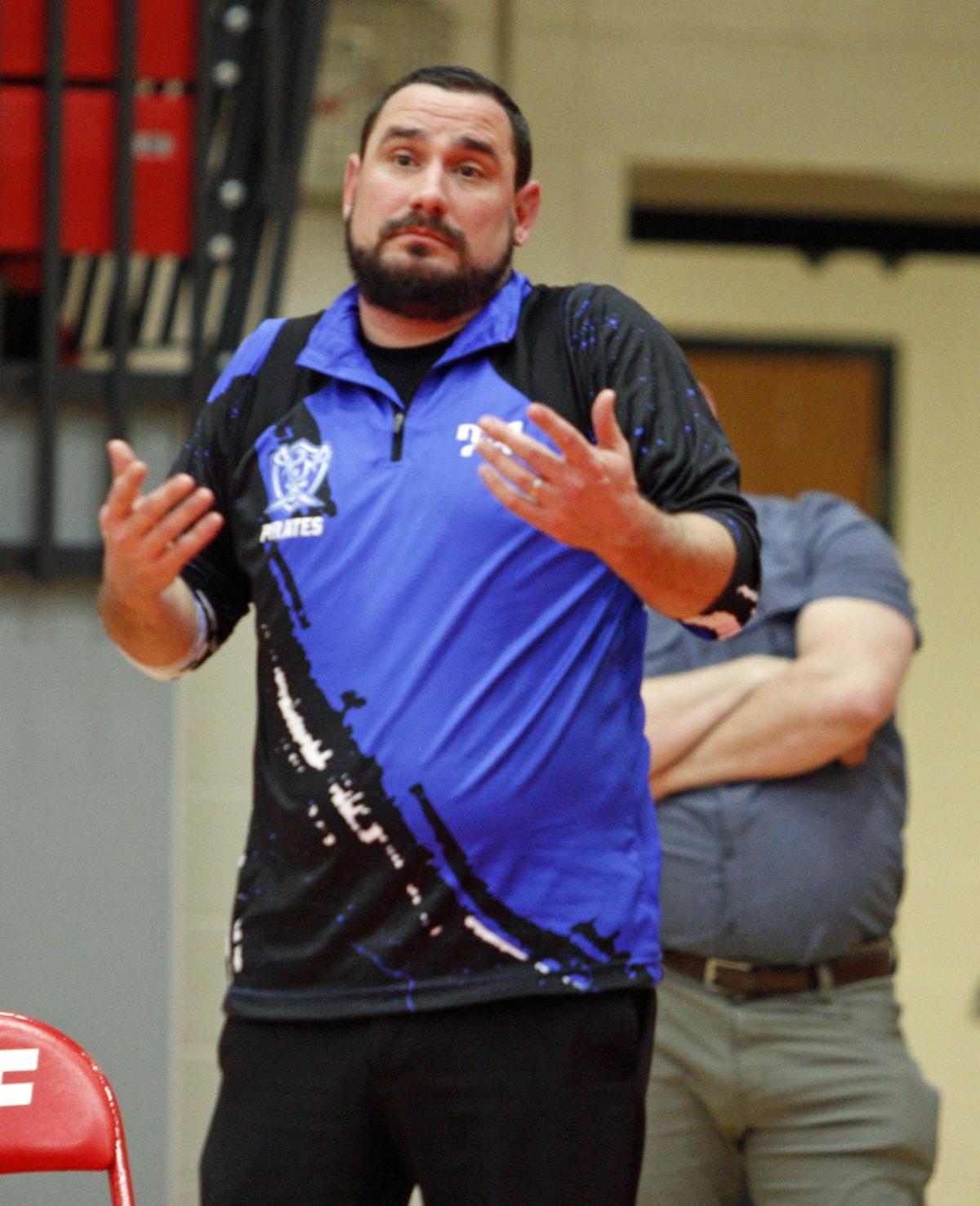 Charlestown coach Adam Doherty in a moment of indifference during Wednesday night's match at Jeffersonville. | STAFF PHOTO BY JOSH COOK

JEFFERSONVILLE — On the night that it honored its 1988 Hoosier Hills Conference championship team, Jeffersonville warmed up for the next installment with a dual-meet victory over visiting Charlestown.

The Red Devils won 10 of the 14 matches, including four by forfeit, en route to a 54-19 triumph Wednesday night at Johnson Arena.

“Colin got challenged at 120 in the beginning, but he showed his toughness and came out and finished the match off real strong,” Charlestown coach Adam Doherty, a former two-time state champion at Jeff, said.

“It was a good match [overall],” Doherty said of the meet. “They’re strong, they’re pretty good. We’ve wrestled them a couple times at different weights, so we knew it was going to be tough. I was real proud of our effort out there, the ones we won and lost. We came back from some blow-out losses and wrestled in tight matches, so that’s a win heading toward the end of the season. We’ve got conference coming up and sectionals, so I’m happy with the guys and the effort.”

The Pirates have the SIWC meet Saturday at Southwestern before heading to Scottsburg for the Mid-Southern Conference championship next Thursday.

While five members of Jeff's '88 HHC championship team showed up Wednesday night, the Red Devils boast four No. 1 seeds (Gilles, Matherly, Rogers and Munoz) heading into Saturday, when they hope to win another title.

“The goal’s to win it, but Columbus East is really good so the ultimate goal is to just get our seed, or higher, as best as we can get,” Struck said.